The Future of Ulta

“I’m not allowed to say anything about her, I’m sorry. I wish I could.”

The young Irish actress was upholding the show’s strict code of silence — the entire cast signed N.D.A.s — and everyone has maintained an impressive level of secrecy. Virtually no spoilers have leaked since filming wrapped in 2016.

The new series is a continuation of Lynch’s early Nineties surrealist TV landmark, which aired for two seasons, and is set 25 years after the last episode in 1991. Most of the original leading cast returned to reprise their original roles — Kyle MacLachlan, Dana Ashbrook, Sheryl Lee, Mädchen Amick — and an extensive list of well-known actors signed on for cameos, including former Lynch collaborators Naomi Watts and Laura Dern. Shiels is notable for being the only new cast addition expected to have significant airtime; although no details of her character have been released, not even a name, she’s credited on IMDB for 16 out of the 18 episodes, and fans of the show have tossed around theories about her character online. Everyone, including the cast — who haven’t seen a final cut — will find out the answer soon enough. The show is set to premiere the first two episodes at the Cannes Film Festival, with a wide release on Showtime on May 21.

“There’s nothing for any of us. I have no clue — I don’t know what I’m going into, how many episodes I’m in. I know how much I shot, obviously, and I’m excited about that, but you just never know how much is left in the show,” she continues; Shiels couldn’t even comment on her filming location. (Although mostly filmed in Los Angeles, the show is set in the Pacific Northwest.) “We have the premiere on the 19th, and that’s the first time anyone’s going to see it,” she adds.

Shiels was introduced to Lynch by casting director and associate producer Johanna Ray, who cast the original series as well as the director’s films “Blue Velvet” and “Mulholland Drive.” Ray, who saw a screen test that Shiels had done for director Randall Wallace some eight years ago, requested a meeting with the young actress in London. “I met with her, and she said, ‘Yeah, I have a big star above your name,'” Shiels recalls. “And I’ll never forget that sentence: ‘I have a big star above your name, I’ve wanted to meet you for a while now, I just think you’re wonderful. And I work a lot with David Lynch and I just feel like you guys would connect, and would work well together,'” she continues. “So anyways, I ended up coming to America, [Ray] became my mentor, I met with David, and that was it.”

Although the original series came out in 1990 — one year before she was born in Malahide, Ireland — Shiels encountered the series before meeting Ray, on the recommendation of her “Cowboys and Angels” costar and fellow Irish actor Michael Legge.

“[Legge] had been saying, ‘Oh my god, Amy, your sense of humor, you’d love ‘Twin Peaks.’ I can’t believe you haven’t seen it,'” she recalls. “So I binge-watched it in a week, just fell in love with it. I felt so terrified, and I was so humored at the same time. It attacks all of your senses, that show.”

While the actress can’t divulge any information about the upcoming series, she is able to speak more generally about working with one of the most distinct voices in film. “How I would describe working with David is, he uses you as an instrument for his art. It’s like his art just flows through you — you get in the zone when you’re working with him,” Shiels says. “He doesn’t move on until he’s exactly happy with what you’ve done, so you know yourself it’s going to be OK,” she continues. “He just lets you explore, but it’s very detailed what he tells you to explore. You’re really in the best hands, because you’re in his universe.”

Lynch, who cowrote the series with Mark Frost, directed every episode himself — rare within the TV realm. “It was lovely to have that security, and know that you’re in this world and whatever crazy ideas you come up with, if they don’t work he’ll tell you, and if they do work he’ll tell you — but everything is welcomed,” Shiels adds.

She points to the show’s kitschy humor, the melodrama, the music and the mundane details as particularly captivating factors. “David follows what other directors or people would think are the most mundane parts of a scene. I love that he follows that, and he just lingers on that, painfully so sometimes,” she says. “He really shows you life through a different lens, and that we all think everything is so perfect on the surface, but everything is so shattered underneath,” she continues, describing the show’s universe.

“I love that no one is perfect in his films and his shows. There’s no just perfect person, we’re all imperfect. As a woman, as well and living in L.A. right now, it’s good to be reminded about it — that you don’t have to be perfect. None of us are.”

Remaining silent about the upcoming series was hard when it came to her family. “But I feel like with David, we all kind of felt like — well, for me anyways — you don’t want to say anything, because it takes away from the integrity of the piece, because it is about secrets. So why would you give away spoilers? That would just be mean,” she says. 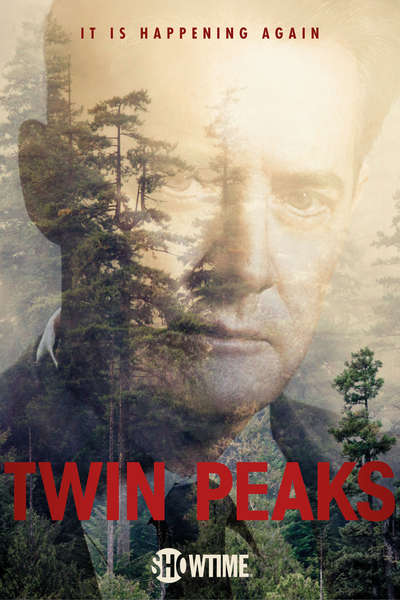