Uma Thurman Is ‘Both Mother and Publicist’ to Maya Hawke

Hawke, 20, is to play a new character in season 3 of the Netflix series “Stranger Things.” 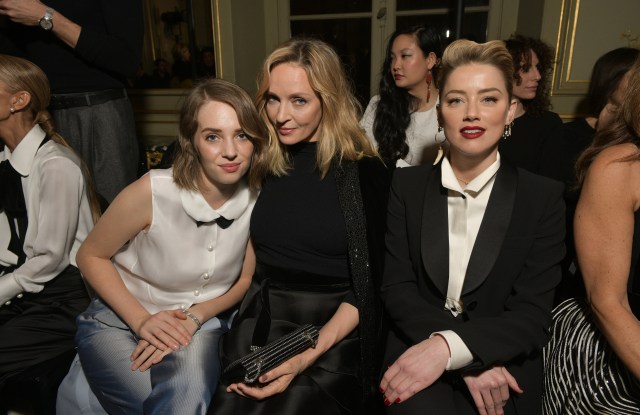 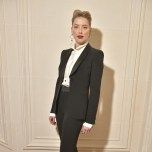 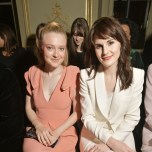 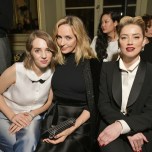 LIKE A HAWK: Uma Thurman was keeping a watchful eye over daughter Maya Hawke at the Armani Privé spring 2019 couture show on Tuesday.

“I have to be both her mother and her publicist,” said the “Kill Bill” actress, draping an arm over Hawke, 20, her daughter with actor Ethan Hawke, before checking if she was up for answering reporters’ questions.

The budding actress is to play a new character in season 3 of the Netflix series “Stranger Things,” which will air in July 2019. Could she elaborate on her new role?

“All I can say is that she’s a really cool kid who goes to school with everybody and works in an ice cream parlor,” Hawke replied, adding that Robin, her character, will be part of the group of the older kids in the series, alongside Natalia Dyer (Nancy), Charlie Heaton (Jonathan) and Joe Keery (Steve).

A thick layer of snow had covered Paris that morning; the evening was distinctively chilly. Outside the Hôtel d’Evreux, where the Armani Privé show was held, actress Amber Heard hopped from one foot to the other to keep warm.

“I’m from Texas, so I don’t really have any particular memories of snow,” she said, before following Dakota Fanning, Michelle Dockery and Céline Dion inside the venue.

The same goes for Elizabeth Debicki, who stems from Australia. “There isn’t really any snow there, except in the mountains,” said the “Widows” actress, who will next be starring in “Lovecraft Country,” an HBO series set in the Fifties Deep South produced by “Get Out” director Jordan Peele and J.J. Abrams.

Others were more practical. “The first thing I did this morning was to take a picture of the view from my window,” said Belgian actress Virginie Efira, who was sitting next to French actors Guillaume Canet and Juliette Binoche.

To post on social media? “No,” replied the “An Impossible Love” star. “To send to my mother.”