The line will debut in February and will offer men's accessories with metallic details. 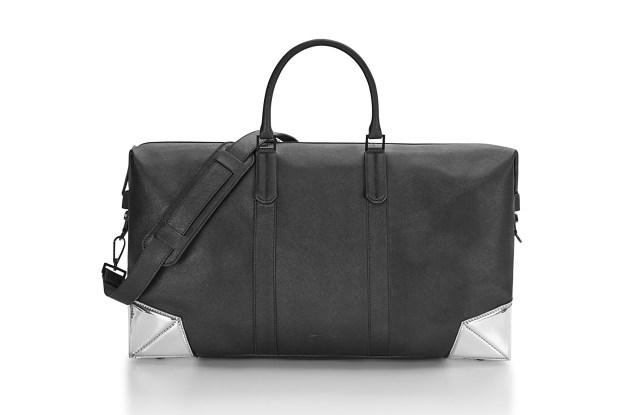 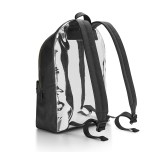 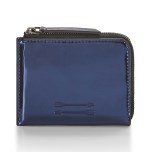 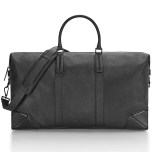 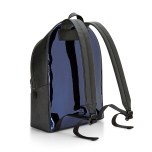 Uri Minkoff is ready to take the wraps off his first collaboration.

The chief executive officer and cofounder of Rebecca Minkoff and the creative director of the Uri Minkoff men’s collection has teamed with celebrity stylist Jason Rembert for a new line of men’s accessories.

Minkoff said he met Rembert several years ago when he attended one of the brand’s women’s fashion shows and they hit it off, staying in touch and seeing each other occasionally.

“Then earlier this year he reached out and asked if I would consider doing a collaboration,” Minkoff related. He agreed and the two started working together. “He said he knew exactly what he wanted to do, which products and why — it was very easy and natural.”

They started with some of Uri Minkoff’s core pieces and modified them to be distinct. “He loves shine,” Minkoff said, so they added metallic patent leather touches and panels in chrome, black and navy blue. “It’s a nice mix  — unexpected.”

Minkoff said adding such “pop” to the luxury leathers “gave a really nice and special look.”

The collection will be available beginning in February at the Uri Minkoff and Rebecca Minkoff stores and the brand’s web site as well as in Saks Fifth Avenue, Bloomingdale’s and East Dane.

“I’m delighted to collaborate with Uri Minkoff on a collection that offers originality and freshness to the stylish gentleman,” Rembert said. “Each piece is designed with the intention to modernize a classic piece while still respecting its elegant neutrality.”

Minkoff said that although this is his first collaboration for the brand, it may not be his last. “There are one or two other [people] on the short list that we’d like to work with,” he said. “And Jason and I have some ideas about additional visions that might happen at the end of ’17 or in ’18,” he said.