Using Their Heads at the Prix de Diane Longines

Guests at the prestigious horse race raided milliners, friend’s closets and even novelty stores for hats. 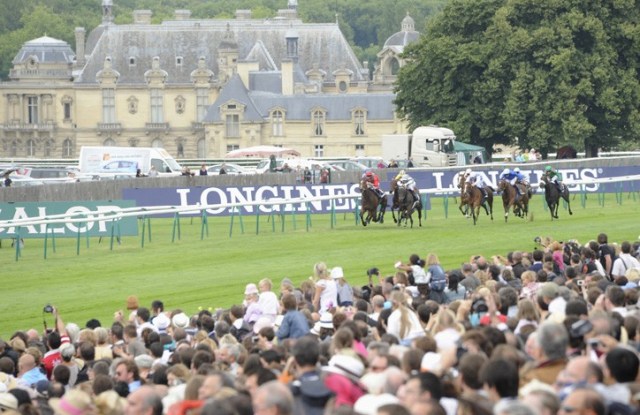 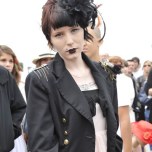 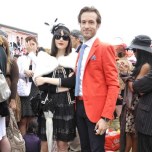 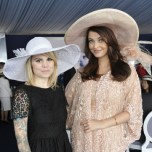 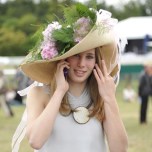 CHANTILLY, France — Guests at the Prix de Diane Longines horse race in Chantilly on Sunday raided milliners, friend’s closets and even novelty stores for the hats that are de rigueur at what is one of the world’s top horse racing events. Sophisticated creations by the likes of Marie Mercié and Michael Leong jostled for attention with homemade efforts including a straw sun hat dotted with plastic horse figurines.

Longines, sponsoring the event for the first time, hosted a lunch that drew guests from as far afield as Australia, China, South Africa and the U.S., including Chinese actress Yao Chen, who stood out in a tough-chic black Gucci dress.

“We have a very long experience in timing equestrian events. Our Prix de Diane Longines is the top of the top of all our partnerships,” said Walter von Känel, chief executive officer of the Swiss watch brand.

Some 36,500 people thronged to the event, deploying picnic blankets and parading their finery at the racecourse north of Paris, but only one walked away with the Longines Prize for Elegance. Winner Valentine Simon was chosen by a jury including Longines brand ambassador and Bollywood star Aishwarya Rai Bachchan; representatives of France Galop, French horse racing’s governing body, and journalists from Grazia magazine.

Rai Bachchan, wearing a nude pink Elie Saab ensemble and a wide-brimmed hat, said she had only been to the races once before, at Ascot in England, but she had at least one essential style tip.

“It’s great that they have those little protectors for stilettos, so don’t forget them for sure or you’ll be stuck in the grass,” she laughed.

Canadian singer Béatrice Martin, better known by her stage name Coeur de Pirate, entertained the crowd from an open-air stage with songs from her new album due out in the fall.

“We haven’t decided on the title yet, but I think it’s going to be called ‘Blonde.’ It’s the term we use in Quebec for ‘girlfriend,’” she revealed after her performance.

Martin said horse racing was a little known sport in Canada, but she was game for a flutter on the headline Prix de Diane Longines race. “I found a horse called Epic Love. It’s brilliant, so I think we’re going to bet on that one,” she said.

Unfortunately for the singer, Epic Love had a less than epic race and finished next to last. French jockey Maxime Guyon rode Golden Lilac to victory, marking the first of his four wins of the day.