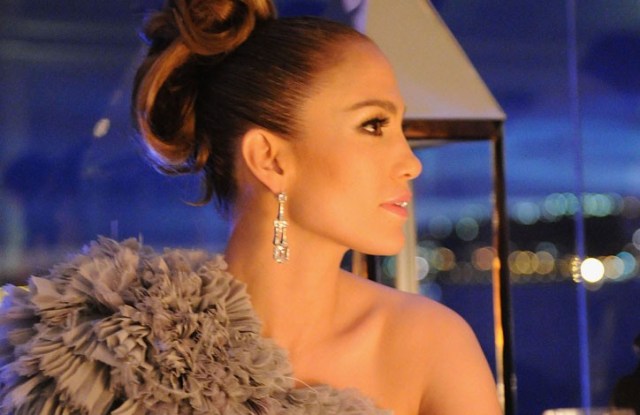 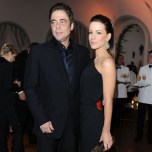 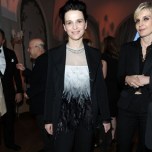 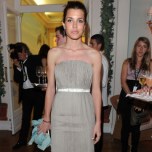 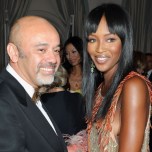 The party Vanity Fair and Gucci held in Cannes on Saturday night in honor of the 20th anniversary of Martin Scorsese’s Film Foundation brought out a galaxy worth of stars.

Tim Burton, Pedro Almodóvar, George Lucas, Gael García Bernal, Catherine Deneuve, Meg Ryan, Juliette Binoche and Ellen Barkin all mingled around the infinity pool of the Hôtel du Cap-Eden-Roc in Antibes, overlooking the Mediterranean. Jennifer Lopez held court on the terrace, while Naomi Campbell and a gaggle of socialites hogged the bar. Campbell, puffing on a Sobranie Black Russian cigarette, was telling a friend that she’s mulling moving to Miami in the next two years.

Meanwhile, Cuba Gooding Jr., sporting shiny black-and-silver sneakers with his tuxedo, flitted from guest to guest as Pharrell Williams, dressed in denim shorts, chatted up Oliver Stone on the patio before retreating inside from the cold.

Josh Brolin, in town with out-of-competition films “Wall Street: Money Never Sleeps” and Woody Allen’s “You Will Meet a Tall Dark Stranger,” made the rounds with his wife Diane Lane, who recently signed on for the HBO movie “Cinema Verite” costarring Tim Robbins and James Gandolfini.

On Wednesday, the stars are likely to align again on billionaire Paul Allen’s yacht when Tommy Hilfiger hosts a bash for Mick Jagger and the Rolling Stones’ documentary “Stones in Exile.” Scorsese’s Film Foundation.