The stars of Woody Allen's latest film, "Vicky Cristina Barcelona," gathered Wednesday night for a screening and dinner at the Hotel Plaza Athenee. 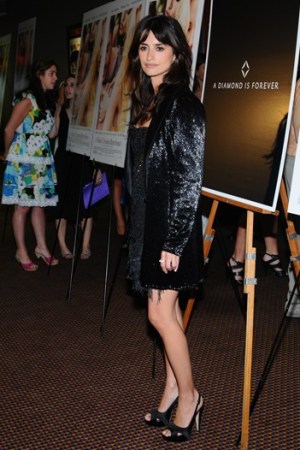 Typically, the movie’s actors skip the screening-—as co-star Patricia Clarkson did—but Bardem and Cruz stayed throughout. “I want to see their reaction,” Bardem said. “Apparently this is a comedy.” Indeed it is, if the crowd’s laughter at Cruz’s inspired turn as a tortured artist was any indication.