The actress costars with Day-Lewis in the Paul Thomas Anderson film. 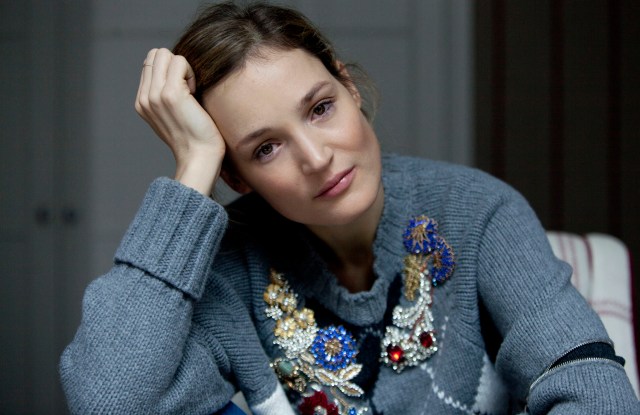 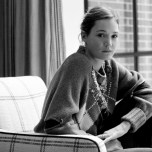 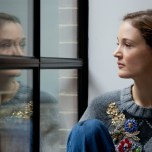 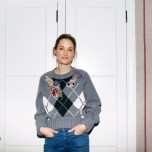 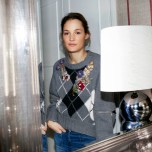 When Vicky Krieps sent in her audition tape for “Phantom Thread,” she didn’t know what exactly she was getting involved in, or with whom.

“When my agent called me to say, ‘Well, the director’s really happy and wants to have your phone number,’ and I said, ‘Yes.’ She could tell from the tone of my voice that I was a little bit too relaxed,” Krieps recalls, her accent a soft-spoken mix of German, French, English, and her native Luxembourgish. “And she said, ‘Vicky, do you know who we’re talking about?’ And I said ‘No, no, you’re right. I think I didn’t read the name properly. But it’s a student film in London, right?'”

Not quite a student film — the casting director had sent her a few lines from the script for Paul Thomas Anderson’s latest film, which until very recently was cloaked in secrecy.

“Paul phoned me one day, from then on it was just very easy,” Krieps continues. “It wasn’t like you had an audition, and then you go back and you have time to realize what’s going on. It seemed like I was sleepwalking my way to the movie.”

The 34-year-old, who was born in Luxembourg and resides in Berlin, is holed up in the tony Crosby Street Hotel for a marathon of press. She attended the film’s New York premiere the night before, wearing a strapless red lacy Alexander McQueen gown, but is now settled into a cozier uniform of soft-washed jeans, a sweater and large pink-toned scarf looped around her neck.

Originally rumored to be a biopic about couturier Charles James, the Fifties period film is centered around the fictional British designer Reynolds Woodcock, played by Daniel Day-Lewis in what has since become his last film role; the 60-year-old revealed his retirement from acting after completing the movie. Krieps portrays Alma, who becomes the muse and lover of the high-society dressmaker — making her Day-Lewis’ last on-screen love interest.

Based in Berlin, the majority of Krieps’ past work has been in German and French film projects; before this movie her highest profile English film was 2014’s “A Most Wanted Man,” starring the late Philip Seymour Hoffman. Despite admiring Anderson’s and Day-Lewis’ work from afar, her distance from Hollywood and its celebrity complex proved to work in her favor.

“Good thing is that I’m not so into names,” Krieps says. “I knew all of their work, I absolutely adored their work, but I didn’t connect it so much to the name. I didn’t know Daniel was the actor who made this, and this, and this. Which was good, because I could then go and forget,” she adds.

“I knew Daniel wanted us to meet the first time on the first day [on set] as Reynolds and Alma meet. I accepted the idea, and knew that I couldn’t prepare. And then with people telling me he’s a method actor, and I didn’t know much about this either, again, I tried to not learn about method acting, or learn about him. I didn’t watch his movies again, I didn’t Google him, didn’t Google P.T.A. [Anderson]. I wanted to really try and be open and innocent. Not naive, but innocent in a way. Unknowing. Unwissend.“

Krieps describes feeling drawn to Alma’s patient, restrained approach to her interactions with Woodcock, who in the film often treats her as dispensable, an aside. To prepare for the role, Krieps notes that she read poetry by Emily Dickinson, as well as went on walks, in order to fill the essence of her character with “quiet landscapes, ocean landscapes, birds, wind, clouds, sun, moon.”

“Nowadays, we live in a modern world where with a phone, everything is so hectic the whole time, so much stress is there on every level,” she says. “You want to be a good mother, and you want to be a good actress, and you want to be a good friend, and we expect this of us to be all of this,” Krieps continues, describing the frenetic responsibilities many women are besieged with. “And then there was Alma, and she didn’t seem to be any of this. She goes into a relationship with a man who’s very unfriendly at times, very reserved and not telling her that she’s really welcome, but yet she seems totally fine. She seems to not need the approval of her existence in a way.”

“Phantom Thread” is also a period film, which brings the era’s gender dynamics into the mix.

“I think the tricky thing was to maneuver along the Fifties rules, which is a man is in charge, and not the woman,” Krieps notes. “So I had to understand this, because I, as Vicky today, this is not how I see it and how I would do it. It was trying to stay close to what the Fifties would expect from a woman, especially a young woman, especially from a poor background, yet trying to make her strong enough to be able to put up with him and even go further,” she continues.

“It’s not about who is stronger in the end. For me it’s about a dialogue, and more a dance. And I think for me personally, the answer to love and how to make a relationship work, or what all of this is about, it’s really being able to dance and having a dialogue.”

Krieps is vague in how she interprets the film’s ending, which leaves questions still lingering. Day-Lewis’ announcement of his retirement from acting, a decision which he has described in interviews as unplanned, feels similarly enigmatic.

“I think I never met the person while we were working,” Krieps says, when asked about what it was like working with the Day-Lewis, who remained perennially in character. “I’m the wrong person to ask because I was so in it, I was in his world. It’s like when you’re in a room you don’t know the weather outside,” she continues, peering out the hotel suite’s window overlooking Crosby Street in New York. “I’m meeting him now, and it’s funny, it’s interesting. But then it’s not so crazy, too, it’s still the same person if you see what I mean. It’s interesting to see how different he is in real life to the character.”

How does Day-Lewis — who hadn’t lingered at the previous evening’s soiree for the film — compare to the character she met that he was playing?

“In real life he’s much more open and funny, and younger actually,” Krieps says. “Much younger.”