“She came up to me at the Met Gala and said I looked amazing,” said the "RuPaul’s Drag Race" winner at the Schiaparelli show on Monday. 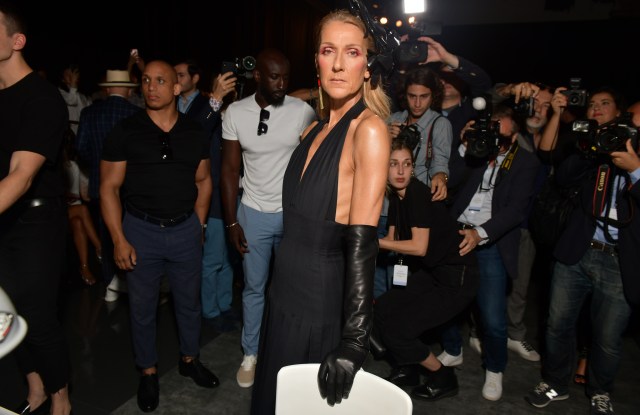 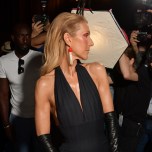 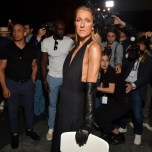 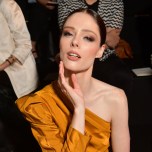 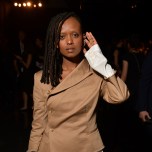 MY HEART WILL GO ON: Pop megastar Celine Dion created quite a scene when she arrived at the Schiaparelli show on Monday, posing for pictures with her usual flair and wearing an intricate headpiece.

A couple of seats away, “RuPaul’s Drag Race” season 7 winner Violet Chachki was watching her with fondness.

“I met Celine at the Met Gala earlier this year and she was the nicest person to me,” said Chachki, who was sitting next to American actress Rowan Blanchard.

“She came up to me, looked at my dress and just went, ‘Amazing,’” recalled the artist. “She was beyond gagging at my outfit. It was an incredible moment.”

For Chachki, who was wearing a colorful slipdress by Australian label Discount Universe, clothing is “an escape.”

“The costume world — whether it be movies, television or drag — and the fashion world have this weird, ugly stepsister, love/hate relationship,” said Chachki, who will be starting a solo tour in September and collaborating with fashion brands on costumes. “I’m somewhere stuck in the middle of it, and it’s so much fun.”

Further along, past Dion who was seated next to French actress Isabelle Huppert, Coco Rocha and Pixie Lott were catching up about the British singer’s next projects.

“I’m working on new music that I’m going to put out this year, and I’m currently a judge on ‘The Voice Kids U.K.,’” Lott said. “There is a battle this week, and we have the live final at the end of July.”

Just then, Meg Ryan jumped in to hug the British singer, who was wearing a shocking pink satin suit — “a tribute to Schiaparelli.”

The “When Harry Met Sally” star, who is in the process of “writing and producing various projects,” had a word of advice to beat the Parisian heat wave.

“I arrived in Paris just as things are cooling down,” Ryan said. “My best advice is to just steer clear.”