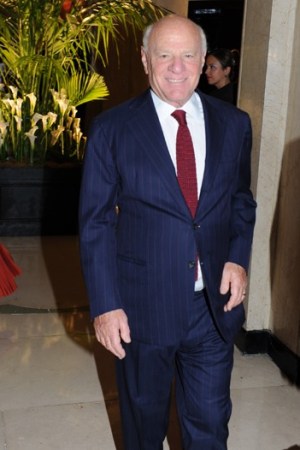 LONDON — “Like you, I’ve had affairs at Claridge’s, and I’ve done business at Claridge’s. If these walls could talk they would write books!” Diane von Furstenberg told her guests at the legendary London hotel during a party to launch a series of vibrant, print-filled suites she’s designed.

But there was more to celebrate than the suites, with their ikat curtains, leopard carpets and stacks of travel trunk: Beckham was toasting England’s 1-0 victory over Slovenia earlier in the day.

“We had the TV on in the studio today, and we were tuning in and designing at the same time,” said Beckham, who’s readying a line of luxury handbags for September. “England is a really fantastic team. And I may even make it down to South Africa yet.”