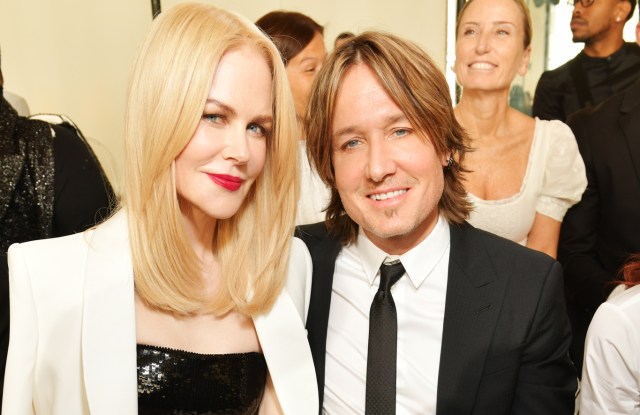 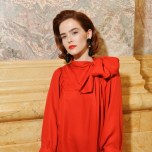 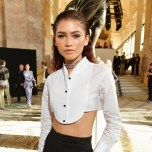 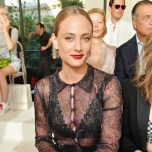 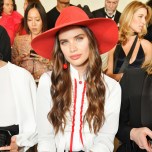 FASHION DILEMMA: As far as front rows go, the one at the Armani Privé show at the Petit Palais on Tuesday was pretty spectacular.

“La La Land” director Damien Chazelle, who is in Paris to film his Netflix series “The Eddy,” sat alongside his wife Olivia Hamilton and legendary Italian actress Claudia Cardinale, while further along “Lost” and “The Vampire Diaries” actor Ian Somerhalder was cozying up to Nikki Reed, of “Twilight” fame, a couple of seats away from Zendaya.

A radiant Nicole Kidman was looking a bit too serene next to her husband Keith Urban, so WWD decided to ask the million-dollar question: French fashion versus Italian fashion, who wins?

“Oh, you can’t ask me that!” squirmed the “Big Little Lies” actress, who has just wrapped filming the HBO series “The Undoing” in which she stars opposite Hugh Grant, set to premiere at the end of the year. “I love them both.”

Kidman had recently caught up with her fellow “Big Little Lies” cast members Shailene Woodley, Reese Witherspoon and Laura Dern on the occasion of Zoë Kravitz’ wedding, which was held at Lapérouse restaurant in Paris. “It was absolutely beautiful,” Kidman beamed.

Another “Big Little Lies” cast member was present that evening. Alexander Skarsgard, who received an Emmy award for Best Supporting Actor for his role as Kidman’s abusive husband Perry White, was looking dapper in a Giorgio Armani evening suit. What was his take on the fashion dilemma?

“We’re about to find out, but tonight I feel like Giorgio will take the prize,” said the Swedish actor, who had just come back from Australia, where he was shooting “Godzilla Versus King Kong” — and in which he plays “the monkey.”

He sensed disappointment and backtracked a little. “Maybe I should be a bit more diplomatic. I think Italian fashion wins for men’s style. Are you less offended?”

As for stylist and designer Rachel Zoe, she was horrified that such a question could ever be asked.

“Oh god, that’s like saying pick your favorite child,” said Zoe, who has two children of her own. “How do you even answer that question?”