Arcade Fire’s Will Butler on Going Solo, Working With Family and Scoring ‘Her’

Arcade Fire's Will Butler spoke with WWD ahead of a radio performance at The Cutting Room Studios. 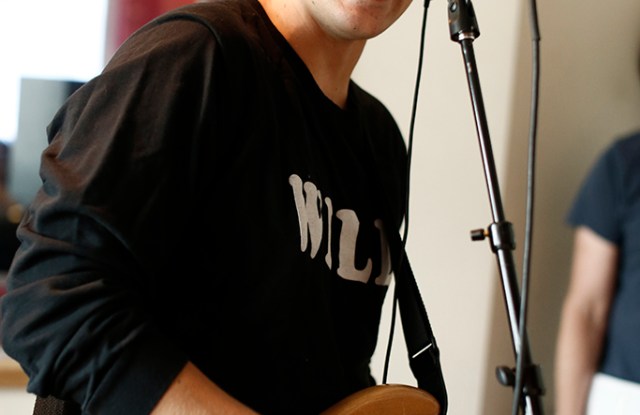 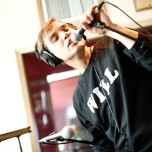 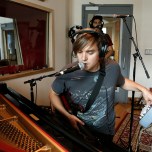 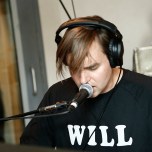 The latest music star to go solo is Will Butler of Arcade Fire, who released his debut album “Policy” on March 3. Individual attention is nothing new for the musician, who was nominated for an Oscar for his original score of the 2013 Spike Jonze film “Her.” After a string of performances this spring, Butler was in New York Wednesday performing on the air at The Cutting Room Studios in Greenwich Village, ahead of a celebratory free show toasting Canada Day. He sat down for an interview before he took the stage.

WWD: This is your first solo venture outside of Arcade Fire; how was the experience different?

Will Butler: It’s very different in size, which is good. This is a little more pioneer in spirit — like chopping down logs, going across the Oregon Trail, trapping a bear and catching dysentery.

WWD: You’re in Arcade Fire with your brother, Win, and your sister-in-law, Régine Chassagne. Does working with family make the process easier or more challenging?

W.B.: It’s relatively fun and easy, because Win and I just share common experiences and common references. We know where the other person is coming from — to me, it de-escalates conflict, because I know he’s fundamentally not a crazy person (laughs).

WWD: The video for your song “Anna” is very fun. How did it come together?

W.B.: The song is so dance-y, so I thought naturally it should have a dance video. And once again, in the spirit of pioneerism, I felt like I should direct it myself. I was on vacation in Arizona when I shot it; it’s such a crazy, inspiring landscape.

WWD: The song started as something you played for your young son. Is he a fan of your music?

W.B.: We’re always just babbling music at each other at home. My son self-identifies as a drummer.

WWD: How did you get involved in scoring “Her” for Spike Jonze?

WWD: Describe the difference between working on the album versus music for a film.

W.B.: The biggest difference is in film, the director has the last word. So you’ll hand over your work and say, “Here is something perfect” and be told, “Actually no, it’s not perfect.” And you have to realize, “Oh I guess it’s your movie.” (laughs) I thought the film was going to be great but it was totally out of my control. And then it turned out to be really amazing and the whole thing was even better.