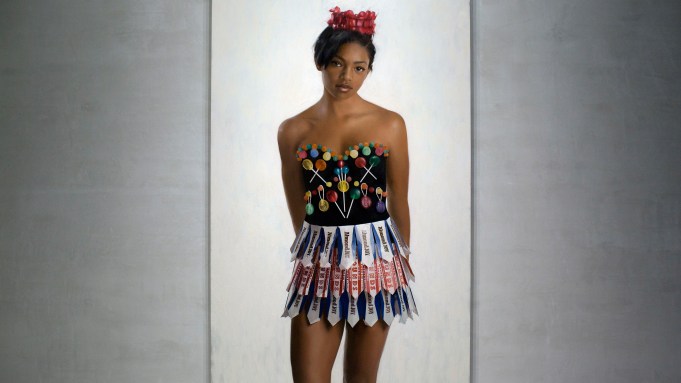 For his latest installation at the Mary Boone Gallery’s Fifth Avenue location, Will Cotton found inspiration at the Indochine dinner table.

On display through October 28, Cotton’s curation of paintings at the gallery continues his “Candy Land” theme, which deals with topics of temptation, indulgence and consumer culture. He deviated from his usual process when he met model and musician Selah Marley.

“We were at a dinner at Indochine,” he says of his first encounter with Marley, the 18-year-old daughter of Lauryn Hill and granddaughter of Bob Marley. “Most importantly I noticed the way she was dressed, and I thought it was really interesting and kind of new. I got to thinking about the costumes that I’d been making over the last couple of years — I’d made a good 12 or 15 different costumes and elements and headpieces in addition to that. I’d sort of been posing people in those and painting pictures of them.”

His typical process was to orchestrate the costumes himself, but after meeting Marley and being struck by her sense of style, he decided to put her to work. “I thought it would be really interesting to ask her to come over and from among all these different pieces, mix and match and put something together that she thought was interesting. [I had] a lot of things laid out for her, and what she wound up putting together really mixed up two of the costumes I was thinking of as totally separate. It was the way she wanted to present herself — that’s really the question that was interesting to me.”

Though Marley comes with a most recognizable pedigree, Cotton was unaware of her lineage until working with her further. “I didn’t know at that point who she was in a larger sense…but her face, it just has this kind of wonderful quality that I see more in art history than I do in fashion,” he says.

Fashion is, of course, a source of inspiration for the artist. “I do pay some attention to [fashion weeks]…I’ve always thought [there is] this parallel between [fashion and] the stuff that I’m doing, which really refers in a lot of ways to luxury and consumer culture in 21st-century America, but transported into this ‘Candy Land’ setting,” he says. “I like to make some direct references to the fashion that I see.” 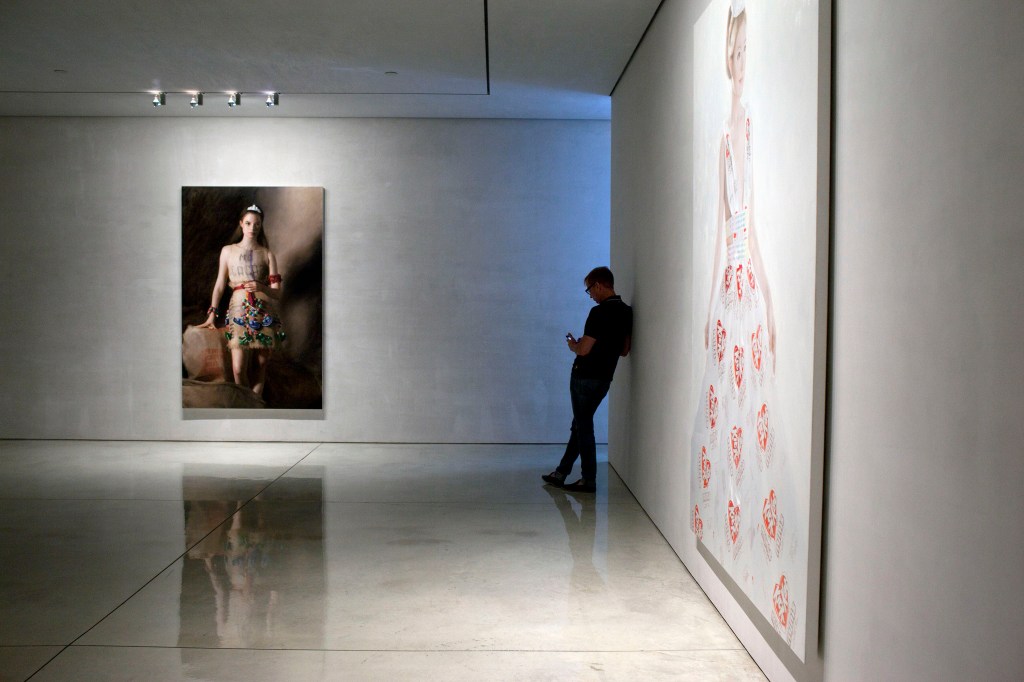 A Look Into the Life of Dries Van Noten