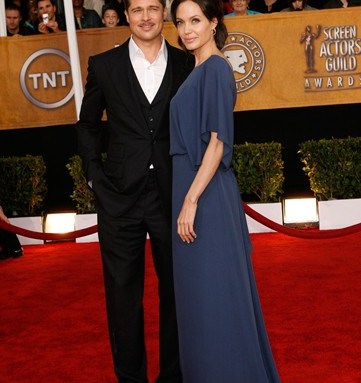 “This is like our bowling league night. Ours just happens to be high profile,” said Holly Hunter at Sunday’s Screen Actors Guild Awards. It also happened to feature a red carpet filled with jewel-toned gowns that would definitely not qualify as regulation attire at the local alley. Hunter wore fuchsia, Amy Adams eggplant, Marisa Tomei marigold and Evan Rachel Wood opted for teal, while Claire Danes, Diane Lane and Christina Hendricks of “Mad Men” showed up in bright red. But even though everyone was gussied up, the vibe at Los Angeles’ Shrine Auditorium was relaxed.

“Yes, it’s just been an average week. Nothing much going on,” said first-time SAG nominee Taraji P. Henson. “I still can’t believe [that I was nominated]. I keep saying, ‘Are you sure they don’t want a recount?’”

“It’s a real privilege to be here,” agreed fellow nominee Penélope Cruz. “There is so much talent in that room.”

Ah, the predictable modesty — this time from an actress whose loss to Kate Winslet for Best Supporting Actress was a surprise to many in the room. Other awards were more in line with expectations. “Slumdog Millionaire,” widely considered to be the front runner for this year’s Best Picture at the Oscars, took home the corollary award from SAG. Sean Penn won Best Actor for “Milk” (although many like Mickey Rourke or Frank Langella for the Oscar). Heath Ledger’s much-praised performance in “The Dark Knight” and his unfortunate death have made him a virtual lock on the awards circuit, and this night was no different. He received the Best Supporting Actor nod. Meryl Streep, meanwhile, rounded things out, winning the Best Actress award for her role in “Doubt” (early Best Actress favorite Anne Hathaway may not be winning as predicted for “Rachel Getting Married” because her performance was more admired than the movie itself, according to Hollywood insiders).

Meanwhile, TV cameras and reporters relentlessly quizzed the actresses about their sartorial choices.

Lisa Edelstein admitted to last-minute fit problems with her red Reem Acra sheath. “I spent three hours at the tailor,” she said. “It was stressful, but then you think, ‘In Darfur, perhaps this wouldn’t be a problem’ and then it’s fine. It’s a ride.”

Click here to view more photos from the SAG awards>>