Rachel McAdams and Uma Thurman dazzle on the red carpet. 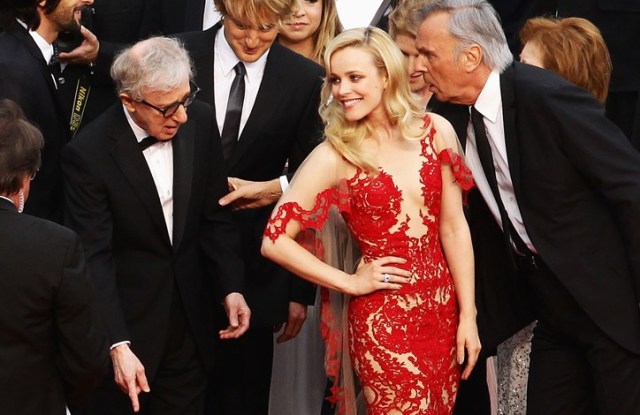 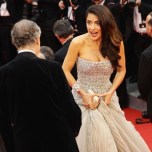 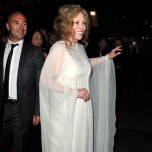 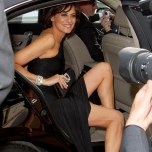 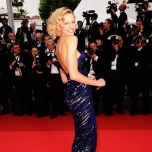 CANNES, France — We’ll always have Paris, as the saying goes. Woody Allen stirred affection for the French capital among guests attending the premiere of his latest flick, “Midnight in Paris,” which opened the Cannes International Film Festival on Wednesday night.

“You can’t look anywhere in Paris and not see beauty. It’s a fabulous country and nationality,” enthused the festival’s poster girl, Faye Dunaway, who wore a white silk Dior gown and Dior fine jewelry. “Sometimes, because they’re so great, they can be a tiny bit arrogant, but that’s OK, I forgive them.”

“We conceived our son, Tobin, there. Hopefully Woody Allen will direct our love story one day,” mused model Karolina Kurkova, who wore a midnight blue Armani Privé mermaid gown. “The one thing I can’t stand is all the smoking, smoking while eating, but I suppose you can’t separate cigarettes from the French.”

“Um, I like the Eiffel Tower best,” threw out Jude Law as he marched by with his fellow jury members.

Inès de la Fressange sashayed up the red carpet in an asymmetrically draped black Carven gown that screamed French chic. “It was made especially for me — it’s like couture,” purred the style maven, who managed to pull the look off in flat Roger Vivier sandals. So what’s her favorite Woody Allen film? “It’s always the last one with him — let’s say ‘Annie Hall.’ ”

Léa Seydoux, who appears in “Midnight in Paris,” wore a pink cap-sleeve Louis Vuitton dress with a smocked bodice that required more than 100 hours of work in the Vuitton atelier, accessorized with Vuitton jewelry. Rachel McAdams, the film’s leading lady, wore a striking red lace and nude tulle Marchesa gown and Bulgari jewelry.

Melanie Griffith confessed that she couldn’t remember who had designed her gown. “It says in the label, you take a look,” she offered, reaching behind, before being whisked into the auditorium by her husband, Antonio Banderas.

Fan Bing Bing mounted the famous red steps in a red silk bustier gown hand-embroidered with storks, which symbolize peace in China, she said. Bing Bing had designed the creation herself in collaboration with her stylist, Chris Bu. “Who knows, we may start a line together,” said the actress, who over the next few days in Cannes will be promoting her latest movie, “My Way.”

Before the screening, guests were treated to a rendition of “New York, New York,” by diminutive crooner Jamie Cullum, with master of ceremonies Mélanie Laurent — in a black and nude silk organza Dior gown — dragging jury members out of their seats to bop, including Uma Thurman in a va-va-voom white-feathered bustier Versace gown slit up the front.

After the movie, the party continued on at the nearby waterside Majestic Beach venue, which was decorated to resemble scenes in the film, in which Wilson portrays an American writer visiting Paris who mysteriously travels back in time at the stroke of midnight to hang out with the likes of F. Scott Fitzgerald, Ernest Hemingway, Cole Porter and Pablo Picasso.

Old street lamps lit areas resembling a bistro here, a Paris flea market there. Guests washed waffles, toffee apples and macaroons down with Champagne, while a live jazz band provided entertainment. A vintage clock hung over the entrance, its hands set at midnight.