WWD Report Card: There Is Only One Lady Gaga

A deep dive through the years of Lady Gaga's most memorable fashion.

After bringing the musical world together this weekend for the Global Citizen virtual concert, Lady Gaga remains top of mind. Here, a deep dive through the years of her most memorable fashion. 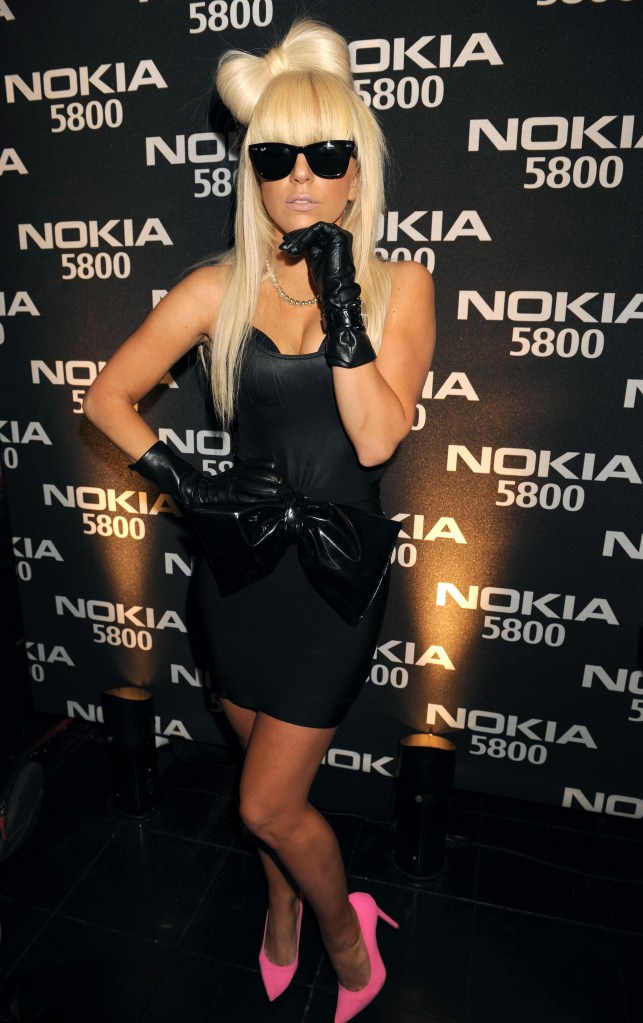 B+: Early days Lady Gaga — you know, when she used to show up for the launch of a new cell phone, as was the case here. This look is very pop princess, not yet full-fledged fashion icon. But we still love the hair bow and pink high heels. Very Malibu Barbie. 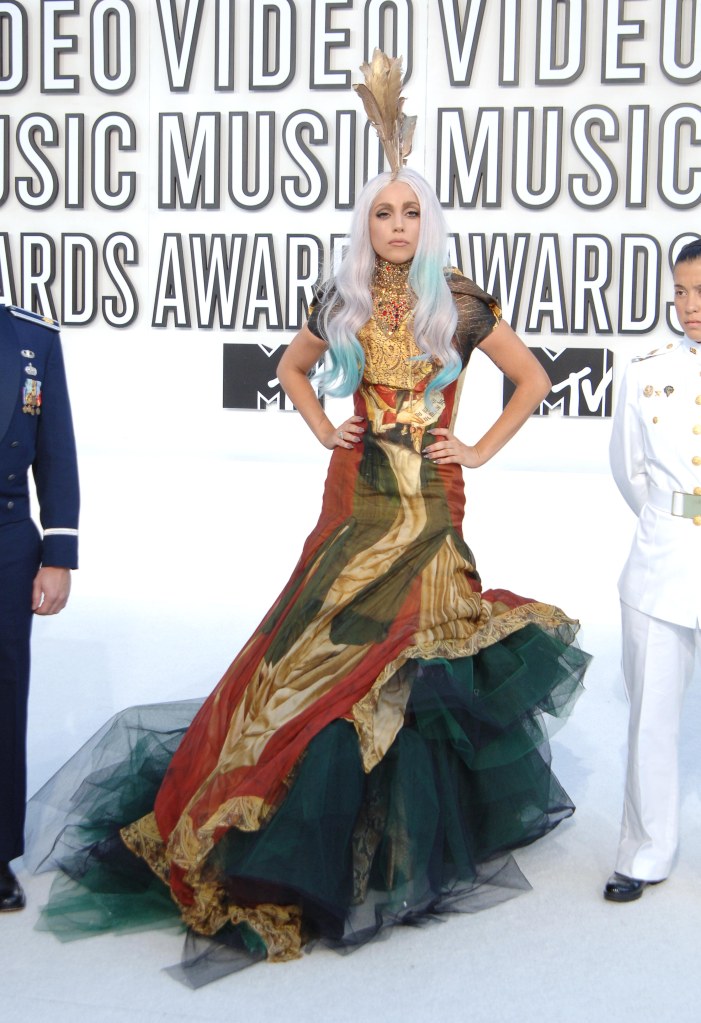 B+: She’s already upped her game to the next level. She not only swept the 2010 MTV VMAs, she also won the red carpet with this Philip Treacy hat, Alexander McQueen dress and impossible to walk in yet extremely chic armadillo shoes. The blue tips of her hair are an example of Gaga’s long-running commitment to using hair as the ultimate accessory. 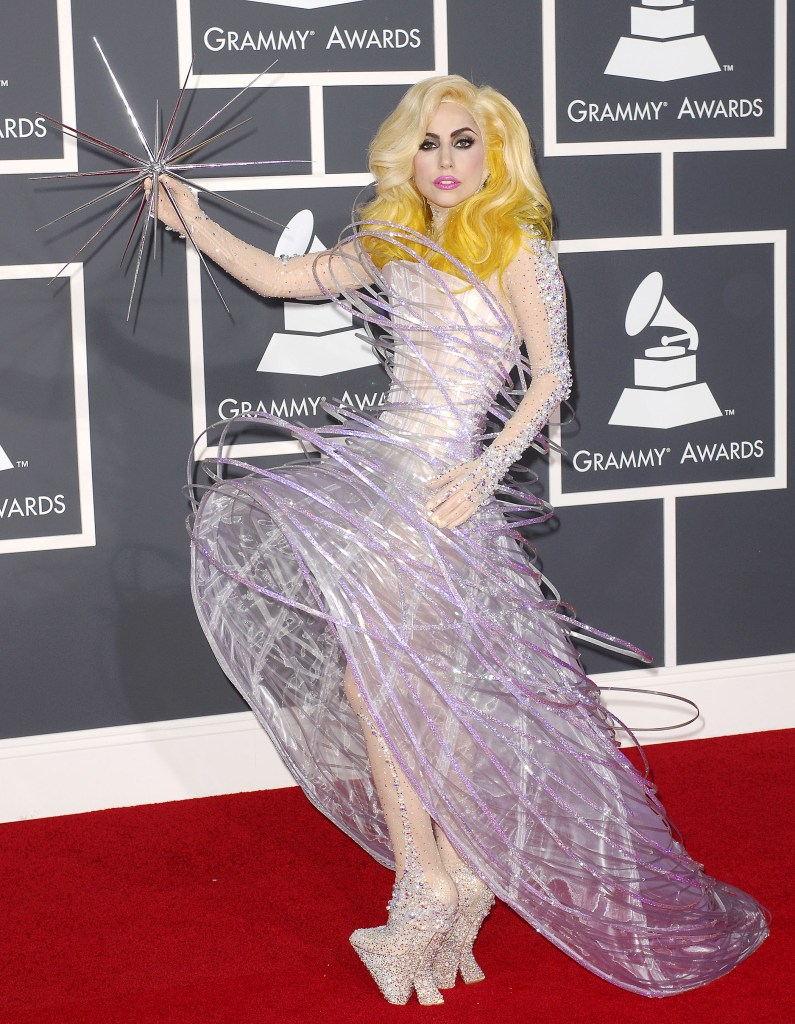 A-: This dress shows not only that she can wear serious clothes, but that she can bring fantasy to a traditional world. The encrusted Armani dress with orbiting rings and added star-like accessory was the perfect ensemble for the true star of the night — we are all in her orbit. 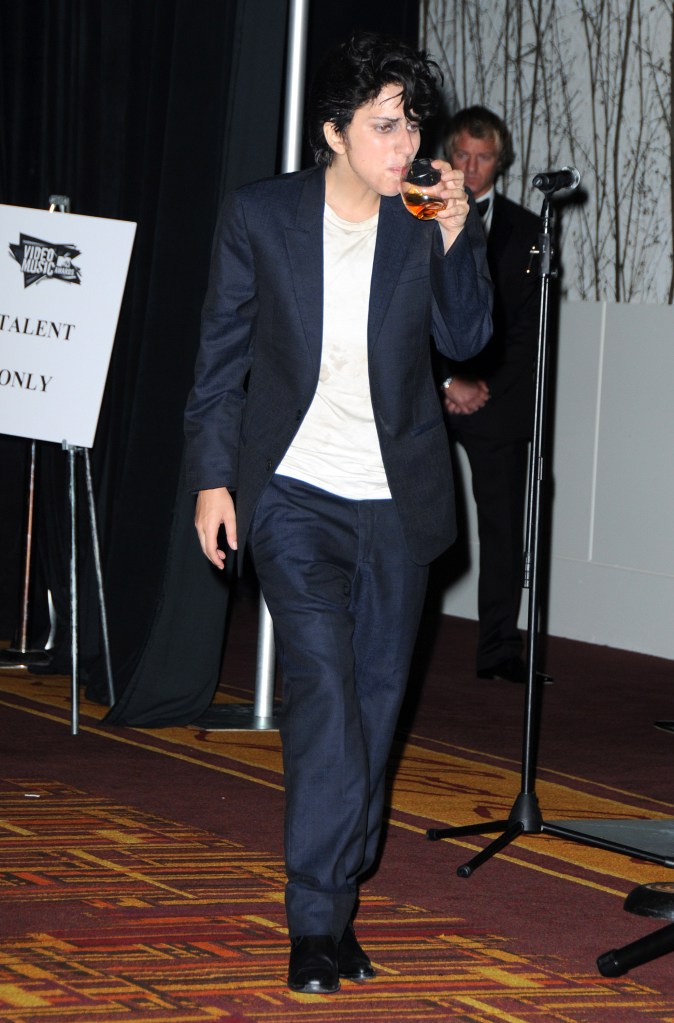 B: Lady Gaga’s male alter ego, Joe Calderone, rocking a pompadour, sideburns and a five o’clock shadow is just another day at the office for the singer. The drag king look might not be her best red carpet fashion moment, but it shows her range. 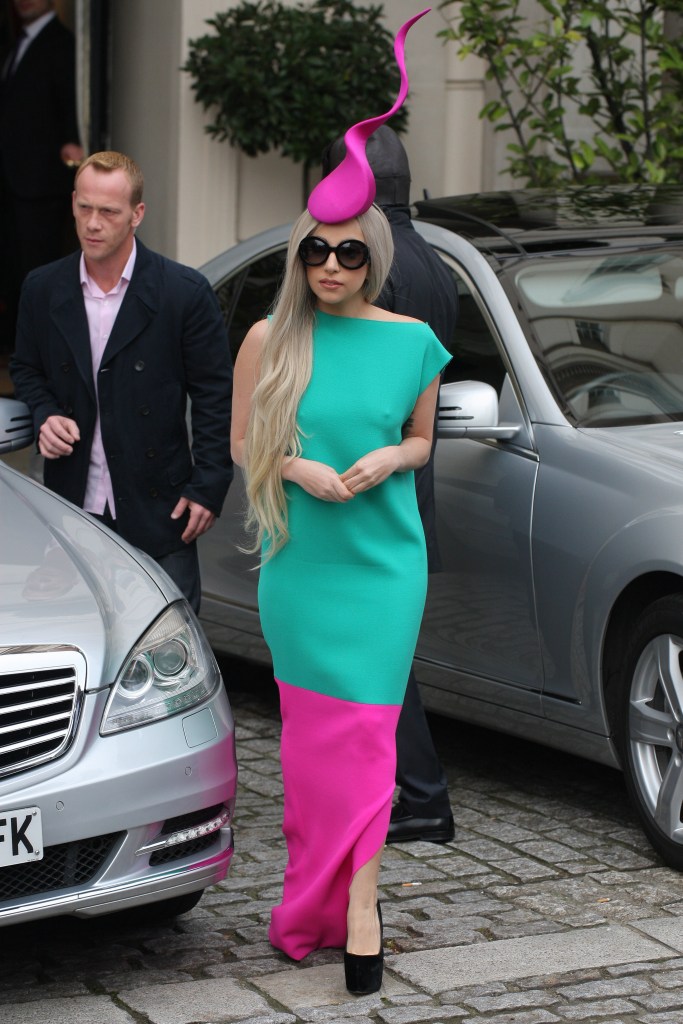 B: Even a normal daytime look in Gaga’s universe is a case of high fashion. The bright color-blocking Roksanda dress paired with a matching Philip Treacy fascinator proves there is no such thing as a fashion-free moment for her. Commitment is key. 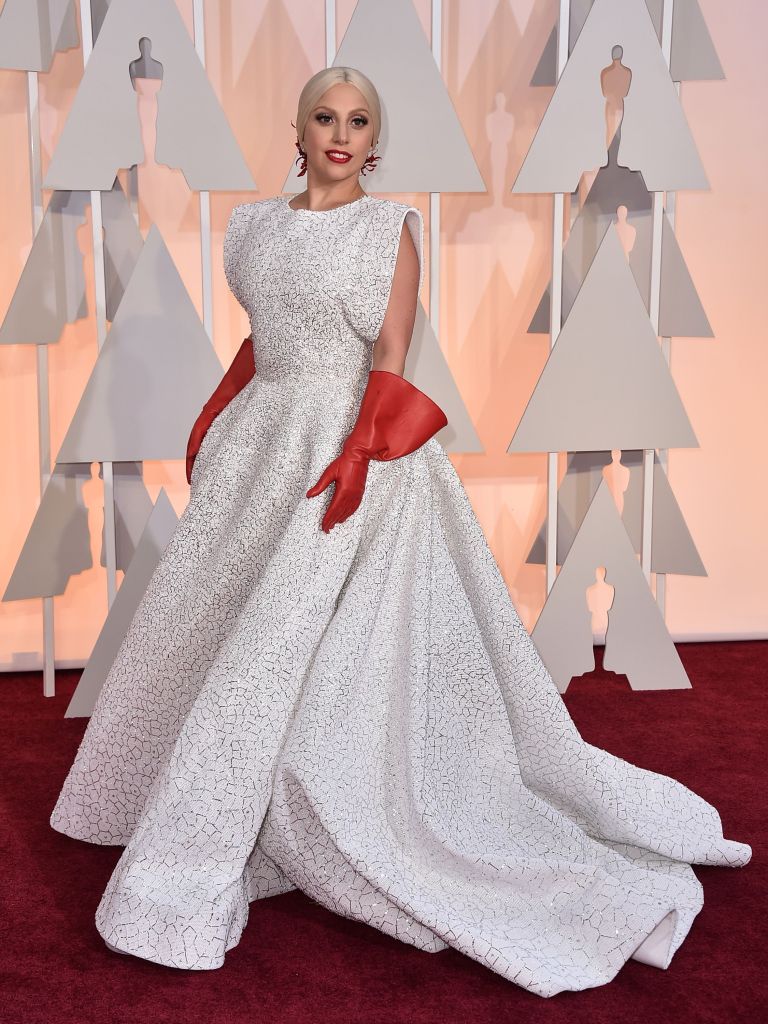 A-: She is starting to hint toward a shift, from pop megastar to a Hollywood power player. The custom-made Azzedine Alaïa gown channeled screen sirens yet the red leather gloves evoked tension, a Gaga signature. 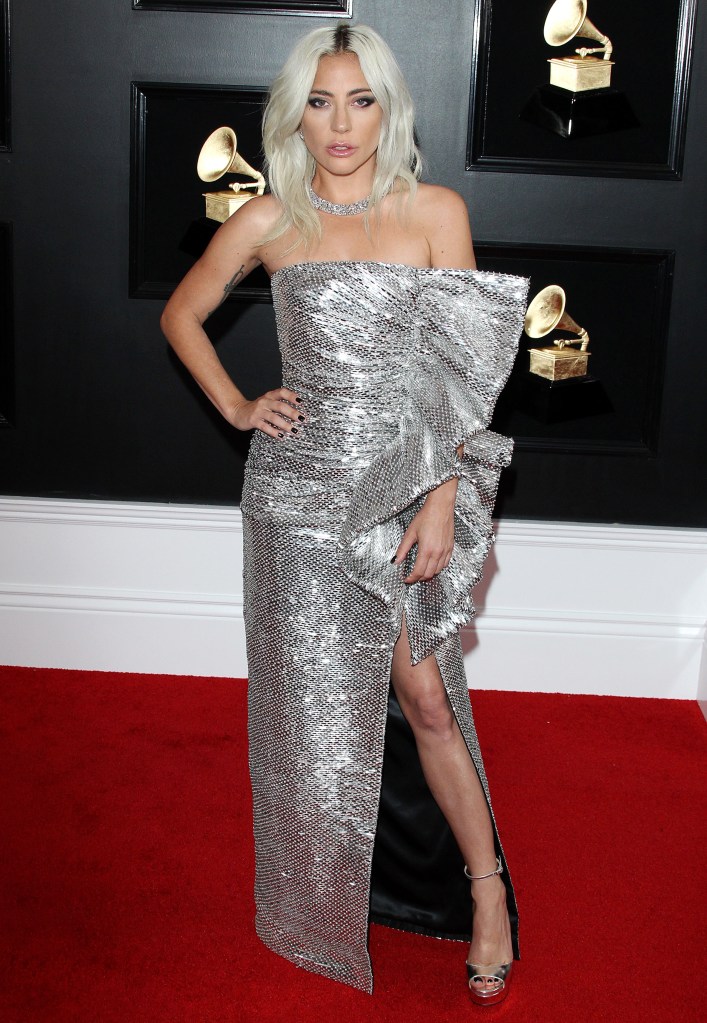 A: Channeling Kate Moss in this head-turning Celine runway piece confirms that Gaga is always on the cusp of the latest trends and designers. Let’s not forget she was the first celebrity to sit front row at Hedi Slimane’s Celine debut show. 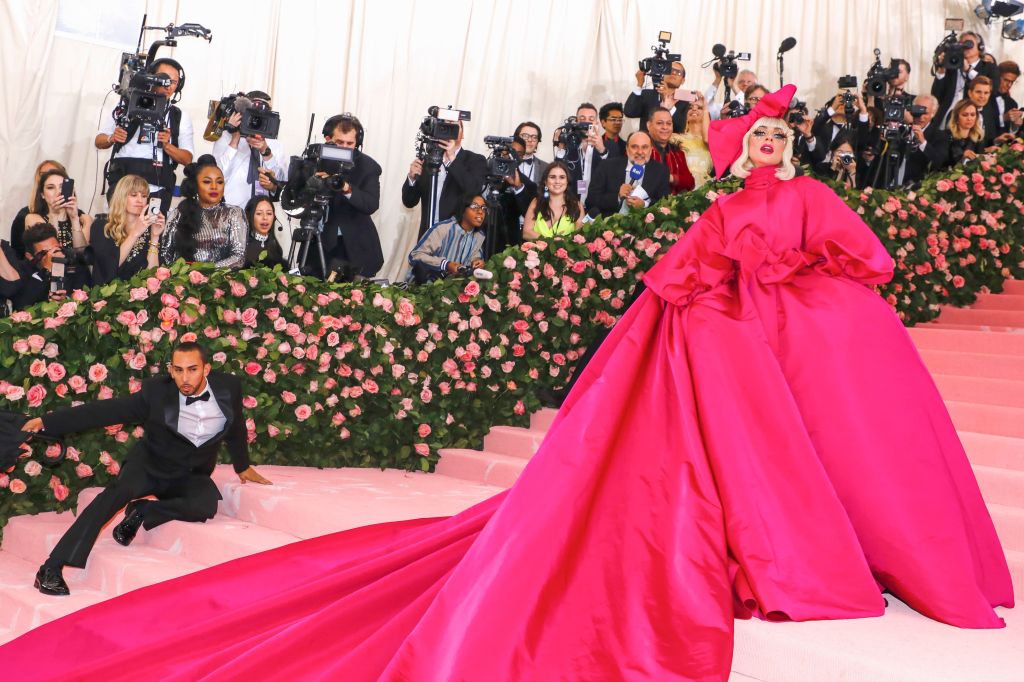 A: This is the ultimate expression of how Gaga uses fashion as art. Her longtime collaboration with Brandon Maxwell as designer and stylist created one of the most memorable moments of her career. The oversize head bow is a Gaga signature, and the dramatic pink gown spoke to the trend of mega volume she wore on the carpet all last year. This was the ideal embodiment of fashion and drama that she lives for — and we do, too.