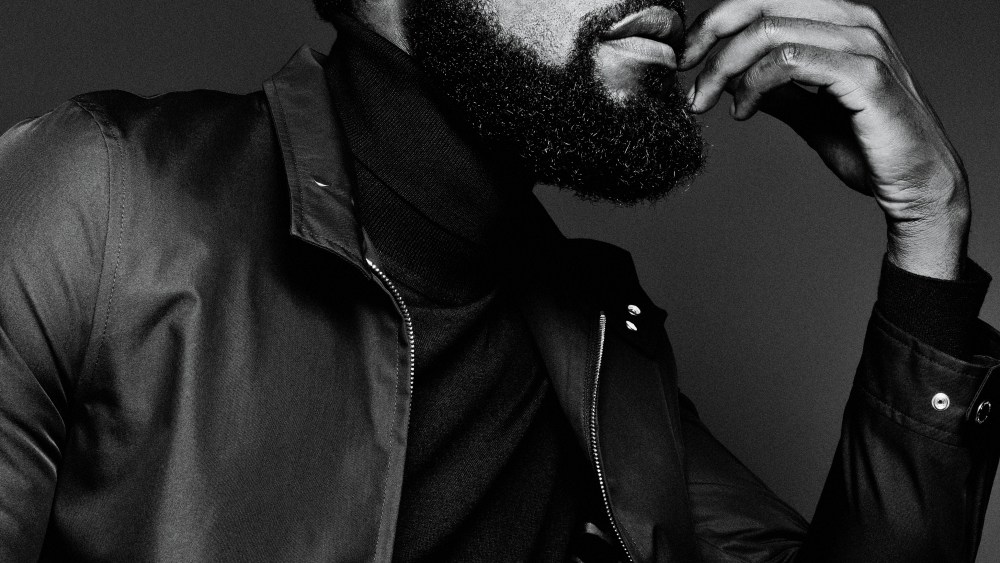 “I had one of those surreal moments this morning, like, ‘Wait — what am I doing?'” Yahya Abdul-Mateen II says, rubbing the thick fuzz coating his jawline. “‘How did I get to be an actor? How the hell did I get to do this?'”

The 29-year-old’s bewilderment feels genuine, all the more so considering that just over a year ago, Abdul-Mateen II was sitting in a classroom at Yale. Today he is set to star in “The Get Down,” a Baz Luhrmann-directed Netflix series that’s quickly become one of the summer’s buzziest.

The actor is sitting patiently in an overly air-conditioned photo studio, while a groomer fiddles with his hair on a recent Sunday morning. He’s attempting to explain how he got so lucky as to circumvent the struggling actor’s rite of passage — the starry-eyed move to L.A., the waiting of tables, the audition hustle — over a pair of dinky speakers blasting a crackly “The Life of Pablo.”

“I thought it would be linear — start with a commercial, that might lead to some background work on a TV series. Maybe I’d get a line? I thought it was just like a regular job, you start in the mailroom and you work your way up,” he says in his booming baritone. “But I got cast last April, a month or so before I graduated so, that’s not exactly how it happened for me.”

This was not the original plan. Abdul-Mateen II had a much more pragmatic, albeit less glamorous, career charted. He went to University of California, Berkeley, graduating with a bachelor’s degree in architecture and was soon hired as a city planner for the San Francisco Mayor’s Office of Housing and Community Development. “I had taken an acting class at Berkeley — I was on the track team and a friend of mine on the team said, ‘You should take an acting class. It’s just like recess.’ So I viewed it as a simple credit,” he says. “And I loved it, but I didn’t realize [acting] was a viable option. I was studying architecture, so I had my path.”

Then he got laid off and decided to give the inviable option a go. “When I got laid off, I said, ‘OK, I’m going to give this thing a shot. And a year and a half later, I got into one of the best drama schools in the country, Yale.” He enrolled at Yale School of Drama and soon rose in the highly competitive thespian ranks. In his last year, Abdul-Mateen II won the Hershel Williams Prize, an honor given to one student with outstanding acting abilities in the graduating class. (Lupita Nyong’o took the award in 2012.) He got an agent while still in school, who got Abdul-Mateen II on Luhrmann’s radar.

“Baz is very…” the actor trails off, searching for a kinder term for “terrifyingly intimidating,” when asked about his audition. “He’s feline in a way. He’s very quiet and has the sort of calculating gaze of a cat. So sitting across from him, as a way to cope with my nervousness, I actually started to mimick his body language. He crossed his legs, I crossed my legs.” Deliberately? “Yeah,” he says, letting out a hearty bellow. “I was trying to build a familiarity and make him more approachable to me.”

Abdul-Mateen II landed the role of Cadillac, a limber-limbed, boogying disco owner with darker proclivities than dancing in leisure suits. “He likes his women. He likes his cocaine,” he says. “He has a huge appetite for pleasure and he has very few qualms about how he gets his pleasure. He’s a trip man.” Cadillac is a sort of kingpin to a group of cash-strapped teens living in the violence-ridden South Bronx during the Seventies. The show is really about the birth of hip-hop, told through the lense of a ragtag group of kids who find succor in music and dance.

How Luhrmann will marry his signature glitzy sheen to the gritty milieu remains to be seen. The series does have some Luhrmann tells; it’s billed as a musical drama and, as expected, Catherine Martin is involved (she is consulting on costumes and is also an executive producer). The 13-episode series, which premieres Aug. 12, is part of Netflix’s push for more original content. In 2016, the streamer is expected to launch 600 hours of original programming, compared with 450 hours last year. And they’re willing to invest — the budget for Netflix’s similarly promoted original series “The Crown,” out later this year, is reportedly $156 million. And while “The Get Down” budget has yet to be revealed, one can only imagine how much cash is being poured in considering Luhrmann’s cachet and his predilection for high-gloss, large-scale productions. (In true Luhrmann fashion, “The Get Down” has been billed as a “mythic saga” in the Netflix handout press materials.)

“Overspending is relative,” Netflix’s chief content officer Ted Sarandos told Variety in January, going on to say if relatively expensive shows such as “The Get Down” and “The Crown” are successful then “it’s money well-spent, the way it was for ‘House of Cards’ and ‘Orange Is the New Black.'”

Despite the funding and the expected pressure that comes with, Luhrmann has rolled the dice in terms of casting. With the exception of Jaden Smith, the entire cast is all virtually unknown. But perhaps that’s what makes Abdul-Mateen II so refreshing. There’s not the studied glibness or folksy faux self-deprecation that most actors use when trying to woo journalists. And the 29-year-old possesses two qualities rarely seen in a newly minted star — palpable intelligence and humility. “You know, I can’t put it into words,” he says, when asked of his whirlwind ascent. “It’s been so fast I have barely had time to let it catch up to me. I haven’t had time to realize what’s going on. It’s just starting to sink in like, ‘Oh, something very special is happening to me right now,'” he says, shaking his head. “Like, wow.”