Danish actress Amanda Collin is trying to be the master of Instagram. “Because Instagram can also be the master of your life when you don’t pay attention,” she says, on the phone from her home in Copenhagen. The actress has just finished dinner with her family — pizza — and has cozied up with a blanket in a quiet room to do press for a project that in normal times would have required a dizzying tour.

In fact, Collin has been home since she returned from Cape Town last year, where she spent the majority of 2019 filming as the lead of HBO Max sci-fi series “Raised by Wolves,” created by Aaron Guzikowski and executive produced by Ridley Scott. While many recent sci-fi and fantasy genre series have been adapted from books or films with built-in fan bases, “Raised by Wolves” is an original; in fact, HBO Max linked up with DC to release a digital prequel comic after the show’s release. The series concludes this weekend, but was recently renewed for a second season after its well-received premiere earlier this month. “If I could do this show for the rest of my life, I would be so happy,” Collin says.

Viewers have reacted to the expected attributes of the show: the impressive set design, special effects, scale of the created world. Set on an exoplanet following Earth’s demise, Collin plays the role of Mother, a human-presenting and human-raising android. Collin, strikingly androgynous in the show, appreciates that it challenges viewer expectations of the maternal. “A few people on Instagram have [asked] — and maybe it’s just a way to make contact, but if not it’s really weird — if my breasts were removed in after effects. Or how did they get my body to look so androgynous,” she says. “That’s just my body. Obviously the latex flattens out the little boobs that I have, but I feel very feminine in the role of Mother. I’m very proud I look like a 13-year-old teenage boy playing that [role]. Hopefully people will recognize themselves.”

Collin’s acting career began in New York as a 23-year-old. “I wanted to try acting away from home so I could be like ‘Oh, I sucked,’ and just go back to my normal life,” she says of deciding to attend a six-week summer intensive at the William Esper School. “After two weeks I was like: ‘I found home. I love this.'”

While Collin has since established herself in Danish TV and cinema, “Raised by Wolves” marks her broad introduction to American audiences. She was at the Subtitle European Film Festival in Ireland with one of her film projects, when she was scouted for the series by Kate Rhodes James. (“It’s like a mecca for actors,” Collin says of the festival, which apparently has a favorable actor-to-casting director ratio.) Soon she was flying to London to meet Scott and do a costume test.

“I was just numb going to London, meeting Ridley, being at his office — ‘The Martian’ costume is in the hallway. You’re like, ‘Wow, is this real?'” she says. “Then I went downstairs and Janty Yates, who’s the costume designer, just opened her eyes and went, ‘There she is! Our Mother!'”

Collin has been enjoying quiet time off at home with her husband and family, and appreciating this period of rest between the “Raised by Wolves” premiere and whenever she’ll have to head back to set. In the meantime, she’s been meditating, reading books, swimming and knitting. Even before the second season of the show was announced, Collin was content not knowing what would come next. “Us actors are used to uncertainty,” she says. “That’s our real job: to live in an uncertain life.” 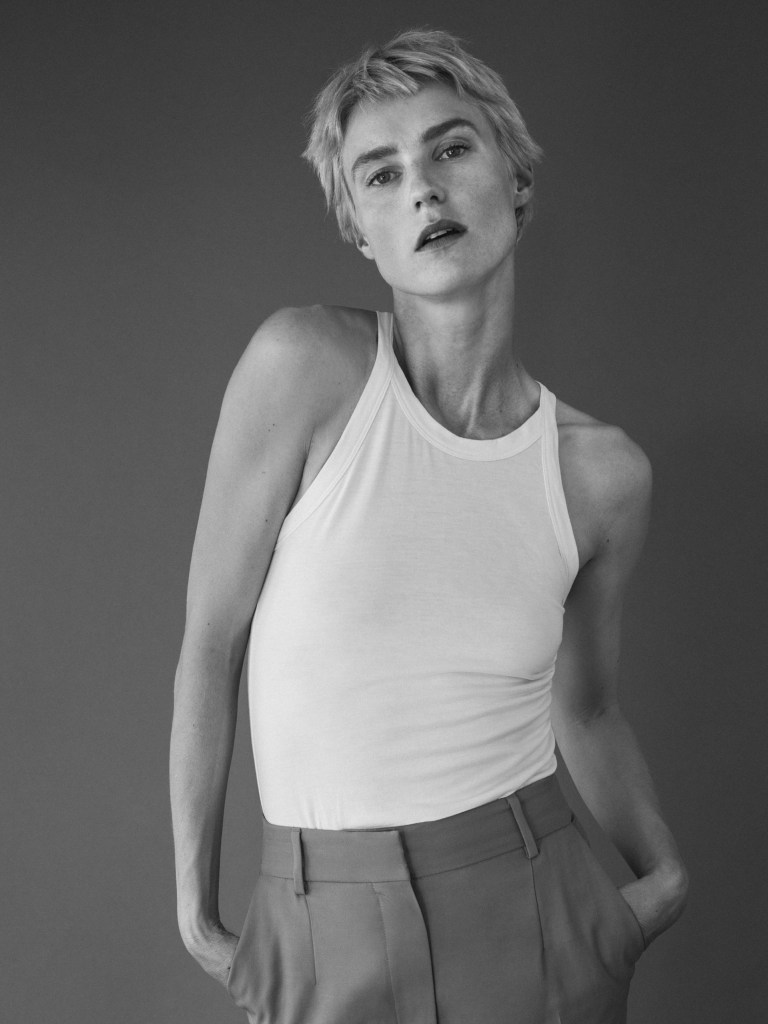 MORE FROM THE EYE: Gemma Arterton, Leading ‘Black Narcissus’ Into the 21st Century