The daughter of branding guru Marc Gobé directs a documentary that looks at the global grassroots movement to reconsider the billboard. 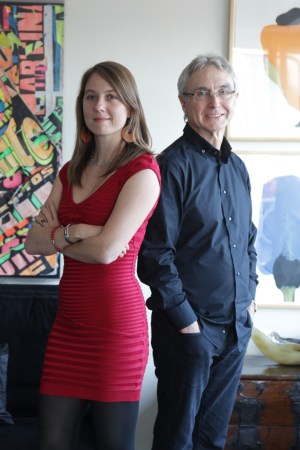 Advertisements and brand messages dominate the public domain from Milwaukee to Mumbai and Moscow. There’s no getting away from TV commercials, banner logos on the Internet, or targeted e-mail pitches to consumers from retailers and brands.

But people in public spaces are a captive audience to billboards that hawk everything from McDonald’s Happy Meals to Maidenform bras. A global grassroots movement is taking shape to reverse a trend that a number of academics, activists and urban dwellers describe as visual pollution, and it’s been documented by up-and-coming filmmaker Gwenaëlle Gobé.

The cause and solution to visual pollution is the theme of Gobé’s first documentary film, “This Space Available,” an official selection of the DOC NYC Festival that premiered Nov. 5 at the IFC Center in Manhattan. A second performance took place Tuesday and Gobé said a third showing will take place Wednesday at 2:30 p.m. due to “popular demand.”

The film charts a range of struggles against unauthorized outdoor advertising including illegal venues around the world that are impacting the environment. In the film, Gobé asks why brands continue to ally themselves with an industry that “cuts down trees, hogs energy, and spends its profits in courts and statehouse lobbies, while younger consumers push for improved corporate citizenship.”

Gobé directed the film in eight countries on five continents with her father, Marc Gobé, the branding guru and author of “Emotional Branding,” who served as the film’s executive producer. Her inspiration was gleaned from her father’s writings, which she described as “bringing energy and urgency to stories of people around the world fighting to reclaim their public spaces from visual pollution.”

Interviews for the duo’s first film project kicked off in 2008 in São Paulo, where a “clean city law” was passed by residents, business owners and tourism officials to rid the city of thousands of billboards that lined blocks, parks and roadways. The move is not without precedent. Houston’s 1980 billboard ban was also a deliberate tactic to improve its flagging image, economic competitiveness and quality of life.
“The cities started making money again because tourists started coming back and people advertised in other areas like local magazines and newspapers,” said Gwenaëlle Gobé.

An interesting sidebar to the film is the father-daughter collaboration that offers a generational analysis from Gwenaëlle Gobé’s Gen-Y perspective, which she describes as the generation that’s “left to clean up the mess caused by Baby Boomers and their consumption-based culture,” and Marc Gobé, a Baby Boomer who works with marketers on how to communicate a brand’s DNA.

“It’s all about excess. Apple computers are awesome, but I don’t want to see 20 ads or billboards a day.…It makes me not want to buy an Apple computer,” she said. “I feel that a lot of these messages on billboards [and mass media] are a violation.…Does it mean that I can only be happy when I’m eating a Happy Meal or drinking a Coke, or can I only feel sexy by wearing Abercrombie & Fitch or Victoria’s Secret?”

Marc Gobé pointed out that the film illustrates that it’s more than aesthetics at stake: It’s the future of people and the environment they choose to live in.

“My big a-ha moment was discovering that many cities and countries have the same issue with billboards,” he said. “By 2040, 74 percent of the planet will be living in an urban environment. What do we all want that environment to look like? In the U.S., there is a really strong passion to keep America beautiful, and Americans don’t think the people representing industries are doing that. It’s definitely hit a nerve. Look at Houston, a city that was economically challenged and had 17,000 billboards.…The banning of billboards transformed Houston into a new city, a beautiful city of tourism filled with trees that has reshaped its economy.

“I think brands want to be part of the solution, not the pollution,” he continued. “It’s for marketers to ask the question, ‘Is my communication creating a problem instead of selling products?’ The brands that are doing billboards seem to be off-strategy, and I find it fascinating that billboards would still be considered a form of media since they carry a lot of baggage.”