Yvonne Orji and the Road to Making It

Orji, who is best known as Molly in "Insecure," pulls back the curtain on her life as a Nigerian American for her new HBO special "Momma, I Made It!"

Yvonne Orji in her HBO special "Momma, I Made It!"

Yvonne Orji has been costarring in one of the most popular, influential shows on television in the last few years, HBO’s “Insecure,” and yet it was one interview on CNN that really got her mother excited.

“While HBO is a big deal here in America, my parents literally have CNN on loop [in Nigeria],” Orji says. “They just keep it on. And so my mom was like, ‘You were on CNN. Everybody saw it.’ And I’m like, ‘Mom, I’ve been on HBO for four years.’”

Orji, 36, has surely gotten used to being recognized as Molly, her character on HBO, which broke her into Hollywood when “Insecure” premiered in 2016, but she’s entering a more personal phase of her career, with her own HBO comedy special, “Momma, I Made It!” and a book in the works, both focused on different aspects of her life, family and upbringing.

It’s the day after the season four finale of “Insecure,” and Orji knows the fans are reeling from this season’s ending (spoiler alert: the romantic relationships of Molly and Issa [played by Issa Rae] each seem to fall apart, while their friendship begins to find its way back).

“From Twitter, they are shook,” Orji says. “I saw a tweet that asked our show writer Prentice Penny if he did not care about love, and Black love specifically. They are like, ‘We almost had it. We almost had our fairytale ending.’ To which he responded, ‘Life is complicated. And sometimes, it comes at you fast.’” 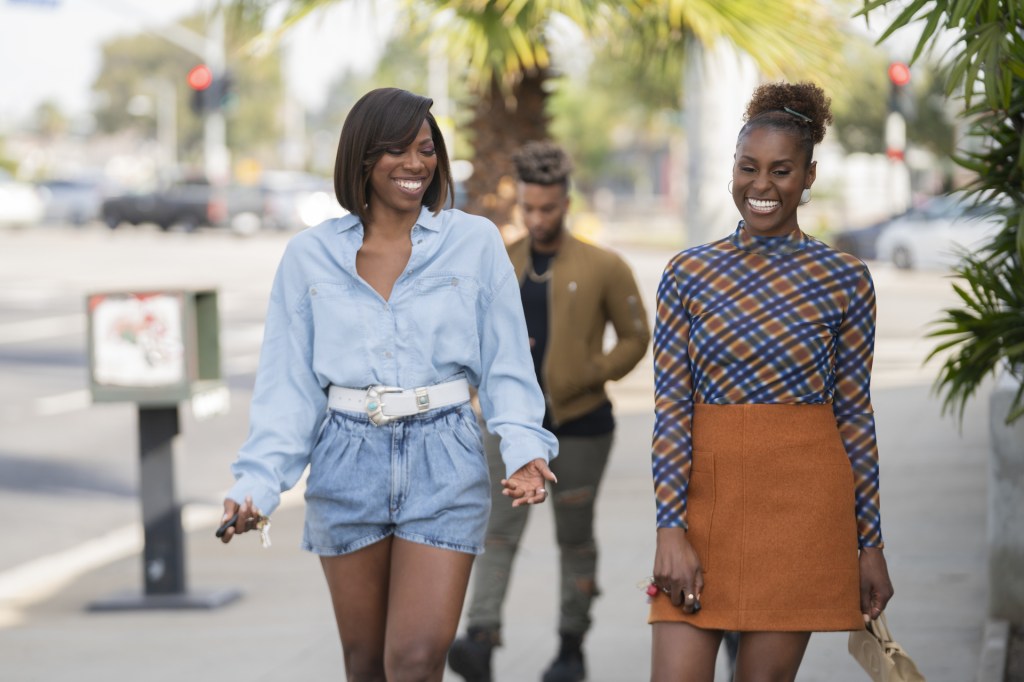 Yvonne Orji with Issa Rae in “Insecure.”  Courtesy of HBO

Orji has been home in Los Angeles throughout the pandemic, spending her time finishing the edit on her new HBO special and writing her book, called “Bamboozled by Jesus: How God Tricked Me Into the Life of My Dreams,” which is due out in February.

“I think I’m at a natural bookending point in the first phase of my journey. I have one foot into the success, but I recognize that a lot of my fans and a lot of people who follow the show, they’re also young entrepreneurs who are trying to get their big break,” Orji says. “And this is just like, ‘Hey, listen, I’m not so far removed from where you guys are in your journey that I can’t share with you things that I learned along the way, things that worked for me and things that didn’t work for me.’”

As the book title suggests, Orji didn’t set out to be an actress or a comedian. Born in Nigeria and raised in Maryland, she received a bachelor’s degree and a master’s in public health from George Washington University, and assumed that is where her career would go.

“I didn’t know comedy was a love of mine until I was in my 20s and getting a master’s degree in public health. I thought I was going to be an international aid worker because I loved to travel and I was getting my degree in public health. And so it came as a shock to me that I was actually good at this thing that was very creative — even though as a kid growing up I would sneak into my parents’ room and watch Def Comedy Jam. But I just didn’t know that those were seeds, that that was literally planting in me,” she says. “Until they sprouted and took root. And I was like, ‘Well, I guess this is a thing we’re doing.’”

“Momma, I Made It!” splits between a stand-up show Orji taped in D.C. and her annual trip to Nigeria to visit family; the camera follows along as she goes to the local market, interacts with her parents and asks for directions on the street, all of which are bits in her routine.

“A lot of my jokes stem around my family and a lot was based on having this dual identity. I was like, ‘What better way to show that?’ I knew the comedy special was going to be filmed in D.C., but I was like ‘I can’t talk about having a dual identity and not go to the second place that I call home,’” she says. 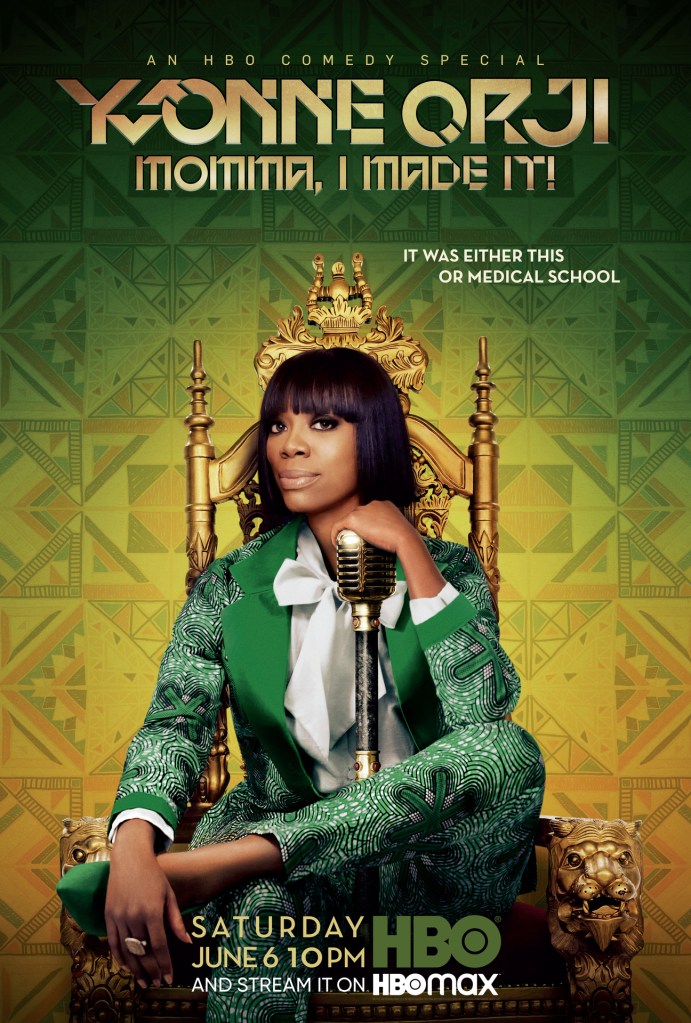 Yvonne Orji in her HBO special “Momma, I Made It!”  Courtesy of HBO

HBO was on board from the get-go. “I came out with such energy in the beginning. I was like, ‘It’s going to be like a music video. Just bear with me.’ And they loved it,” Orji says. “One thing I love about HBO is that they very much have their finger on the pulse of, ‘OK, let’s do something we haven’t done before. Have we been to Nigeria? We haven’t. Let’s do it.’”

“Insecure” was renewed for a fifth season earlier this spring, meaning Molly’s journey will continue, but in the meantime Orji will continue opening up and hoping to be the role model for young women she never had when she was younger.

“I used to watch ‘In Living Color’ and Kim Wayans was definitely someone that I was like, ‘Wow, she’s really funny.’ There weren’t a lot of women on that cast and I remember Kim Wayans. I remember her and Wanda Sykes, and I’d grown up with Sommore. Some of these women, I don’t think I realized and recognized, ‘Wow, there’s not a lot of Black women.’ It was like, ‘Oh, she’s funny. Oh, the guys are good, but she, too, is funny,” Orji says. “And [I just want to] be able to fill that niche, to be able to be that part of that conversation so the next young girl growing up doesn’t have to wonder if there are any funny female comics that she could look up to.”