The architect died at age 65 in Miami of a sudden heart attack. 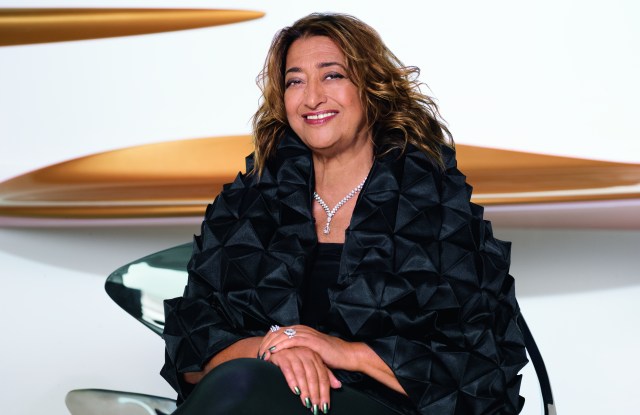 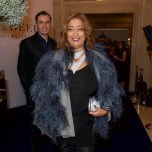 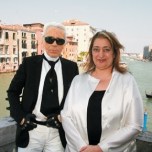 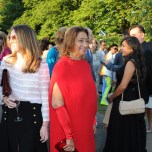 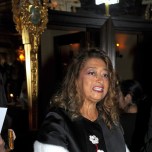 LONDON — Dame Zaha Hadid, the Iraqi-British architect who died Thursday at age 65, was esteemed in the fashion world for her sculptural and futuristic designs ranging from an art project for Chanel to jewelry and footwear for brands such as Georg Jensen and Melissa.

Hadid had contracted bronchitis earlier this week and died of a sudden heart attack while being treated in a hospital in Miami, according to her company.

The Baghdad native, whose work stood out for its advanced spatial concepts and innovative use of technology, had been commissioned to create distinctive, flowing and often Space Age-y structures around the world, including the London Aquatics Center for the 2012 Olympic Games and the MAXXI: Italian National Museum of 21st-century arts in Rome. The first woman to receive the Pritzker Architecture Prize in 2004, she was twice awarded the Riba Stirling Prize, the most prestigious architectural prize in the U.K. Started in 1979, her London-based firm employs more than 400 people and her numerous buildings include BMW’s Leipzig, Germany, factory, the Dubai Opera House, a 90-meter ski jump in Innsbruck, Austria and 1,400 acres of industrial space in Istanbul.

One of her most talked-about works in fashion was the project in 2007 dedicated to Chanel’s classic quilted handbag. Hadid’s “contemporary art container” made its debut in Hong Kong in 2008 and traveled to Tokyo and New York, showcasing 15 contemporary artists — from Daniel Buren to Yoko Ono — who created works inspired by Chanel’s iconic 2.55 handbag. Reminiscent of the Starship Enterprise or a UFO, the toroidal building has a gridlike surface that vaguely evoked the bag’s quilted surface. Chanel’s resort show in Seoul last year was held at the DDP, a modernistic space designed by Hadid with the Korean studio Samoo.

Karl Lagerfeld, a frequent collaborator and longtime fan of Hadid’s avant garde work, credits her with making a visual “break” from the Bauhaus principles that have defined architecture for decades. He told WWD, “She liked the idea of this kind of container. I never saw a project realized so quickly.

“One genius less in the world. There are few people I admired as much as her. I am devastated. Her influence was immense and will last. I am beyond sad. She was a friend with a huge sense of humor,” continued Lagerfeld.

In addition to her work as an architect and furniture designer, Hadid also channeled her creativity through fashion. “There exists much more fluidity now between art, fashion and architecture,” she told WWD last year. Hadid often stood out for wearing dramatic jewelry and outerwear by Comme des Garçons, Issey Miyake and Prada to match her signature all-black ensembles and was a regular fixture at industry events.

Although fashion and architecture operate on two cycles — one permanent, the other perishable — she found a correlation between the two and was always expanding her creative scope through collaborations with designers such as Chanel, Louis Vuitton, Melissa, Georg Jensen, United Nude, Lacoste, Lalique and Atelier Swarovski. “I do think fashion gives you an immediate idea about the time things happened,” she told WWD. “Even when [clothes] are retro, it’s always different.”

In fact, Hadid confessed she had toyed with the idea of a career in fashion instead of architecture, fascinated by the original stark Joseph boutique in the Eighties designed by Eva Jiricna and its mix of designer and indie labels. “I would like to do fashion, but there are some really great people out there who do it better,” she said.

Donna Karan on Thursday described Hadid as someone she admired “enormously — as a foremost leader in architecture, a creative visionary and as a woman I called my friend.” The designer added, “Her spirit, passion and brilliance were evident in everything she did. Her uncompromising devotion to her art, the lessons she taught us all, and the extraordinary vision she brought to all that she did in life. She was unique inside and outside. Whether it was how she dressed or the remarkable buildings she created and put out there to the world, Zaha left a lasting impression that will not be forgotten. To me, Zaha was a woman and an artist of her time — and yet she was very much ahead of it, too.”

Design Miami chairman Craig Robins said Hadid helped to put that event on the map by getting involved the first year out in 2005. Whether designing a capsule collection of Lacoste footwear, signature furniture or a Chelsea residential tower, Hadid “approached them all the same. I don’t think they were necessarily different to her. They were just creative challenges or ways to express herself in a different genre. She’s definitely going to be remembered as an architect, but her desire and willingness to play in different areas was especially inspiring,” Robins said.

The “generous” and “spontaneous” Hadid liked to do whatever appealed to her regardless of the medium, he said. A few years ago while dining with Robins and his wife at their Miami home, the architect was asked to take a look at the couple’s plans for new bathtubs. The following day Hadid phoned Robins to say, “Those bathtubs are rubbish” and offered to draft them herself. “Two days later she called again to say, ‘I’ve been thinking about it. I have to do the whole bathroom,'” Robins said. “Of course, now it’s a nightmare because whenever anyone comes over to our house, they’ll want to go hang out in our bathroom.”

Earlier this month at Baselworld, Hadid had unveiled an eight-piece jewelry collection in collaboration with Georg Jensen. Inspired by Beijing’s Wangjing Soho complex, a recent project she had designed, Hadid created rings and cuff bangles resembling interweaving mountains. Inspired by the Danish house’s designs and links to nature, Hadid also created an installation used as a lounge at the Swiss watch and jewelry show.

“By working with Zaha over the past years, we got to know a woman of extraordinary vision who inspired all of us — myself included — to think bigger, do better and try harder. The world has lost a luminous and transformative talent,” said David Chu, Georg Jensen’s chairman and creative director.

The Jensen collection wasn’t the first time Hadid had created jewelry; in 2013 she also designed a limited-edition ring and bracelet for the Swiss brand Caspita. The same year, she was commissioned by Atelier Swarovski to create an installation paying tribute to her original drawings for the Vitra fire station, as well as a chandelier for the house’s Crystal Palace.

“Zaha Hadid has been an incredible mentor to me and a fantastic collaborator to Swarovski. Her outstanding vision enabled innovative and impactful creations, truly leading a new spirit and aesthetic in design. We have been so honored to have had the chance to work with her on various projects, all of which reflect her spirit so poignantly. The strength of her contribution to the world of architecture was truly groundbreaking. She is, and always will be, a great inspiration and will remain in our thoughts,” said Nadja Swarovski.

A self-confessed shoe addict, the architect also dabbled in footwear. In 2008, she explored the concept of fluidity with a capsule collection of pumps for Brazilian footwear label Melissa and later on, she worked alongside Rem D Koolhaas of United Nude to create a haute couture metallic platform that aimed to “reinterpret the classic shoe typology, pushing the boundaries of what is possible without compromising integrity.”

Retail was another area Hadid was always keen to get involved in. Her signature curving designs are featured in Stuart Weitzman’s stores, as well as in the Beirut-based luxury retailer Aishti and Neil Barrett’s boutique in Tokyo and in London’s Harrods. Barrett was drawn to Hadid’s monochromatic aesthetic and ability to combine the fluid with the linear. He said, “Zaha had an incredible, charismatic presence and she was unique in verbalizing her vision in a powerful and pure way. From her words you could instantly envisage her design concept. Her contribution to contemporary architecture is phenomenal and will stand the test of time.”

At the opening of his Hong Kong boutique, Weitzman told WWD: “Zaha always seems to be at the forefront of breaking every architectural rule. She comes up with these structures that are really quite amazing.”

After the 2008 economic crisis cut short the multicity tour planned for Chanel’s futuristic pavilion, the company ultimately donated the building to the Arab World Institute, the Jean Nouvel-designed museum in Paris. Bruno Pavlovsky, president of Chanel fashion, described Hadid’s design as “a futuristic work at the forefront of architecture and design” that will be “remembered for its originality and audacity at its various stops around the world.”

Fendi was another fashion house that blended its traditional codes with Hadid’s futuristic vision. Sylvia Venturini Fendi met Hadid when she came to Rome to inaugurate the MAXXI museum in 2010, pleased to encounter a fiercely intelligent woman of few words and an affinity for creativity of all stripes. She went on to invite Hadid to customize a Peekaboo bag for a London charity auction in 2014.

“I have so much respect for her. Her work is so personal,” Venturini Fendi said. “She achieved so much, especially in a field like architecture where there are few women. I’m sure she had to work double.”

The designer said Hadid’s MAXXI had an “enormous impact” on Rome, which is “quite conservative, especially when you talk about culture.”

What’s more, Hadid’s ergonomic and amorphous shapes influenced architecture, fashion and other design realms. “If you look at her forms, with all the curved surfaces, they’re very powerful, but at the same time you can see a woman’s hand at work,” she said.

In addition, being one of the few women of Middle Eastern origin in the male-dominated world of architecture, Hadid’s success stood as an inspiration that empowered other women. She had been featured in the Design Museum’s “Women in Power” exhibit and last year she was the subject of De Beers’ “Moments in Light” shot by Mary McCartney campaign in support of the Women for Women charity.

At an event during spring London Fashion Week celebrating the campaign with De Beers, Hadid told WWD she found the experience of being shot for the campaign “enjoyable and easygoing,” given that she was a longtime friend of McCartney’s. Even though her busy schedule would not allow her to attend too many shows that season, she had been trying to make time to attend the Gareth Pugh show.

A champion of young talent, Hadid often provided her gallery space in East London for designers — including women’s wear designer Thomas Tait and jeweler Noor Fares — to present their collections and supported them by being a regular client.

“Zaha was a visionary with a talent that to this day continues to baffle me. I have always felt both lucky and extremely proud to count Zaha not only as a loyal client, but also as a friend. I cherish the time I have spent with Zaha, especially the moments we spent in her bedroom trying on my collections and discussing the wonders and the challenges of our respective businesses,” said Tait. “Zaha has always been an inspiration to me. The curvilinear lines in her work continue to influence my approach to pattern-cutting and creating silhouettes.”

Perhaps Hadid’s boundless drive is best described in her own words, which her firm tweeted Thursday — “I will never give myself the luxury of thinking, ‘I’ve made it.'”