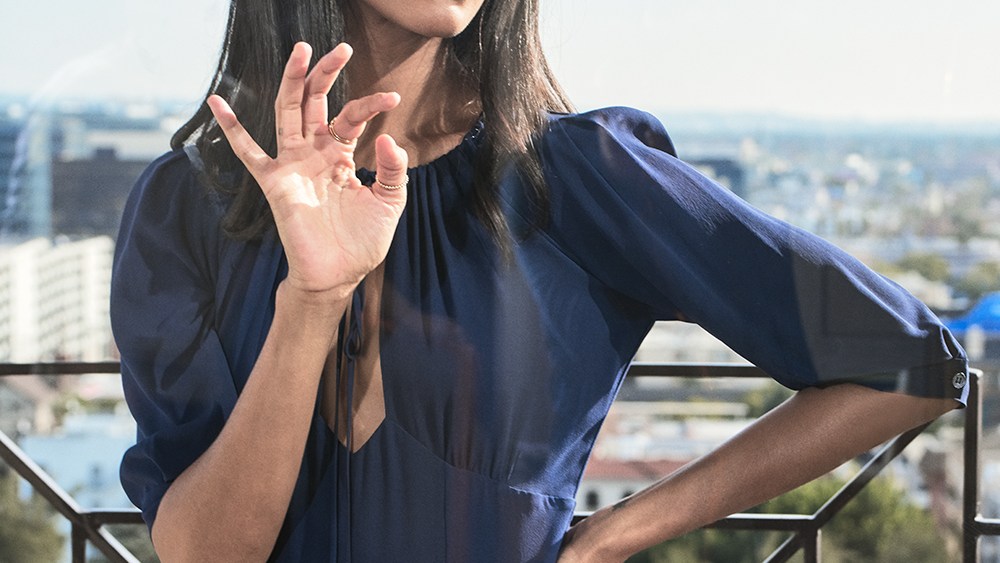 She’s played a pirate, a warrior princess avatar and a “Star Trek” lieutenant, but in “Live by Night,” opening in theaters today, Zoe Saldana got her chance to dive into a period gangster piece. Ben Affleck’s fourth directorial effort is a bloody, romantic tale in which Zaldana plays the lightness opposite the many dark characters.

“To be in a movie like that, for sure that’s what every actor wants. To live in that era — highly unlikely for someone like me,” she says. “We romanticize it, but there’s always multiple sides to what may seem glamorous and effortless to you. I think it must have been very dark because the offspring of that era was amazing contributions in art, fashion, music and literature. So that had to have happened from an imagination that was suffering a lot of trauma.”

Saldana, 38, said what attracted her to Affleck’s project was his empathy for the characters. “Joe [Coughlin, the lead played by Affleck] was a white outsider. He came to Florida and threw himself on the floor with everybody else and walked the streets and loved and drank. He felt as disgusted by the ignorant minds around him as everyone else did and that is one thing that films sometimes don’t have enough of. They lack that humanity in the lead characters to feel what their supporting characters are feeling.”

When she first read the script, she was put off by what she saw as the goody-two-shoes character of Graciela Suarez, a Cuban immigrant who runs her family’s import business. “It was very easy for me to turn the page and go, ‘Oh my gosh, she’s the most one-dimensional character,’ because I am so jaded. But when I got to talk to Ben I saw she was beautiful and strong. She’s the only character that isn’t living by night because she’s come from a past that was probably very challenging and she just doesn’t want to do it anymore. When she meets Joe she calls him on his s–t. She says, ‘You want to act all tough, but you are one of the good ones. Why are you doing this?’”

Added Affleck, “Zoe was able to convey all the strength and confidence and elusivenes of the character that drew Joe in, but it’s Graciela’s expectations of him that give him something to strive for, which Zoe played so quietly yet powerfully.”

For Saldana, each role helps her work out truths in her own life. “I needed to play someone like Graciela in order to gain empathy on why people are the way they are when they are massively different from me. I like being honest in how flawed relationships can be. I know great people who are trying to be better every day, and I see them struggle and fall, but I see them stick together and it’s inspiring to me.”

Having her own family — she and artist husband Marco Perego have twin boys — has “definitely softened me and lowered that wall that I put up. You realize there are a lot better people out there than you think and that maybe someone’s just having a bad day.” She laughs, “Now I’m like Elsa in ‘Frozen.’ Just ‘let it go!’”

Up next for Saldana is “Guardians of the Galaxy Vol. 2,” the sequel to the movie that made Chris Pratt a household name. “I think it’s going to be pretty awesome. The sound track is going to be pretty kick-ass and you are going to have those mindless stupid jokes that make you roll your eyes and laugh. It brought the kid out in us,” she said.

She’ll also be making her way on the awards show presenter circuit. “I’ve learned by experience that the more I relax and let it go, the more I enjoy what these show are all about,” she said. “If I take it as a date night with my husband, I always have fun.”