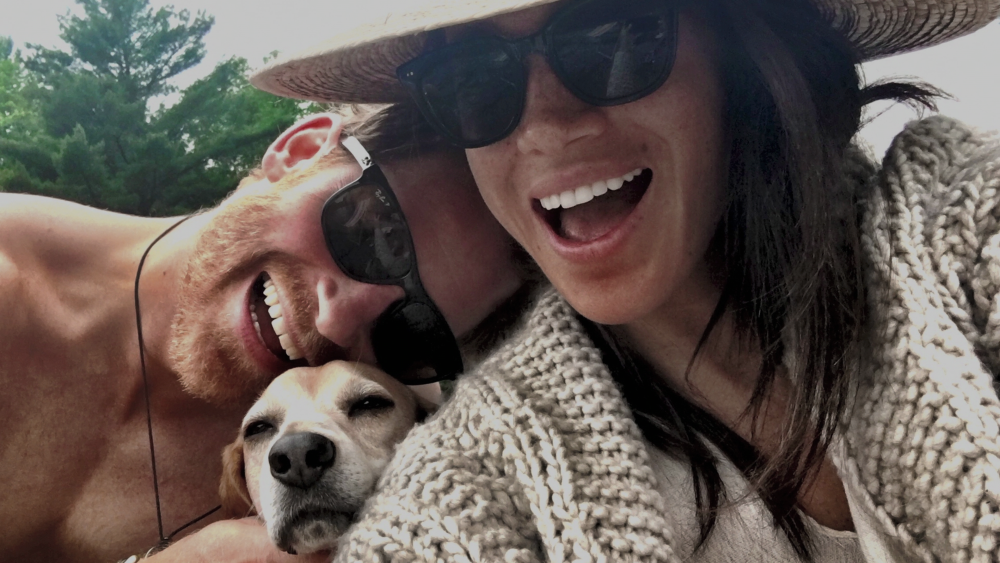 Netflix released an exclusive docuseries about Prince Harry and Meghan Markle, the Duke and Duchess of Sussex.

The couple, who made their official exit from the British Royal Family in 2020, in the same year signed a multiyear deal with the streaming platform. “Harry & Meghan,” which released three episodes on Dec. 8 and another three on Dec. 15, gives an inside look at the married couple’s experience with issues of race and their relationship with the media.

Since its debut, the project has garnered a number of responses, including issues around why the couple decided to exit the Royal Family, their love story, and Markle‘s standout fashion in the series.

Here are some of Markle’s looks from the docuseries. Read on for more.

In the first episode, Markle sits down for a series of wide-shot segments in a pastel purple textured sweater by Krista Elsta. She accessories her casual look with bracelets by Jennifer Meyer and Cartier, and a watch.

Markle wears a buttoned-up blouse and a light blue towel wrapped around her hair, which helps to gradually absorb moisture for a frizz-free day. She opts to let her skin breathe going makeup-free. While getting candid for the short video, Markle wore the Misha Nonoo husband shirt in navy voile. For accessories, she wore the Sophie Lis “Love” pendant necklace.

In an emotional scene, Markle wears a striped pajama set by La Ligne on a chair with an Hermes throw blanket. Markle chose the La Ligne “Marin” sweater in tan with red stripes overtop the brand’s “Bonne Nuit” pajamas in red.

In the first part of the docuseries, in a photo posing with their dog, Markle wears The Line “Curtis” open-knit cardigan. She coordinated the outdoorsy look with a pair of black round-frame sunglasses and a straw hat.

In the second trailer for the remaining three episodes of the docuseries, Markle can be seen embracing flower patterns in a flowy gown. While walking with her husband, Prince Harry, she wears the Oscar de la Renta Silk Chiffon Landscape Shirtdress. The dress has a white button-up design as the top and a colorful, naturesque scene on the bottom.

In a speckled video clip, Markle can be seen delightfully carrying her son, Archie, in an embroidered dress. In the home video, she’s wearing the Urban Outfitters Emilia Embroidered Tie-Back mini dress. Markle’s hair was slipped back into a sleek ponytail.

The fourth episode in the limited series focuses on the couple’s royal wedding and the turn of events following their matrimonial bliss. For the couple’s infamous wedding in 2018, Markle wore a Givenchy Haute Couture gown, designed by Clare Waight Keller, the former artistic director of the design house. The gown followed a traditional theme with no embellishment and the bride wore a diamond tiara from Queen Elizabeth. Her veil featured symbols of the Commonwealth.