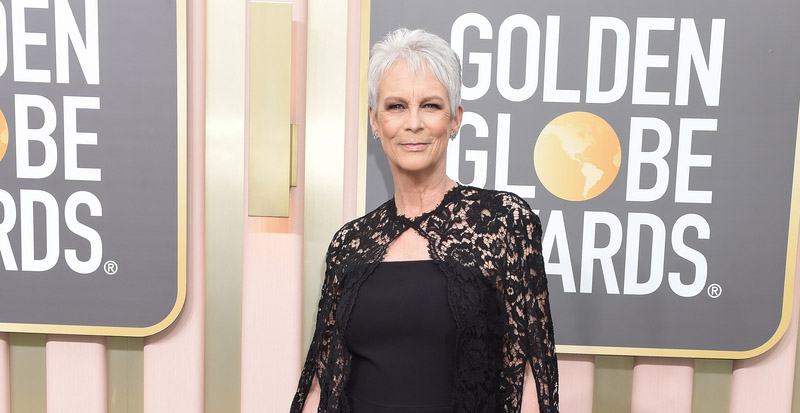 Jamie Lee Curtis arrived on the red carpet for the 2023 Golden Globe Awards on Tuesday in Beverly Hills wearing a standout black ensemble.

In honor of this year’s ceremony, Curtis adorned herself with a minimalist black jumpsuit and a dramatic lace cape from Valentino. She accessorized the jumpsuit and cape with two statement bangles, a ring and earrings.

For makeup, Curtis went minimalist, opting for a light pink lip, a touch of blush and earth-tone eye shadow. She had her short hair done in a well-coiffed style.

The 2023 Golden Globe Awards honor outstanding performances and work in film and television. This year, Variety is hosting the preshow as an official partner with the Hollywood Foreign Press Association. The ceremony is hosted by actor and comedian Jerrod Carmichael. Some of the nominees include Austin Butler, Cate Blanchett, Daniel Craig, Michelle Yeoh, Brad Pitt, Angela Bassett, James Cameron and Zendaya. Eddie Murphy will receive the Cecil B. DeMille Award and Ryan Murphy will receive the Carol Burnett Award.