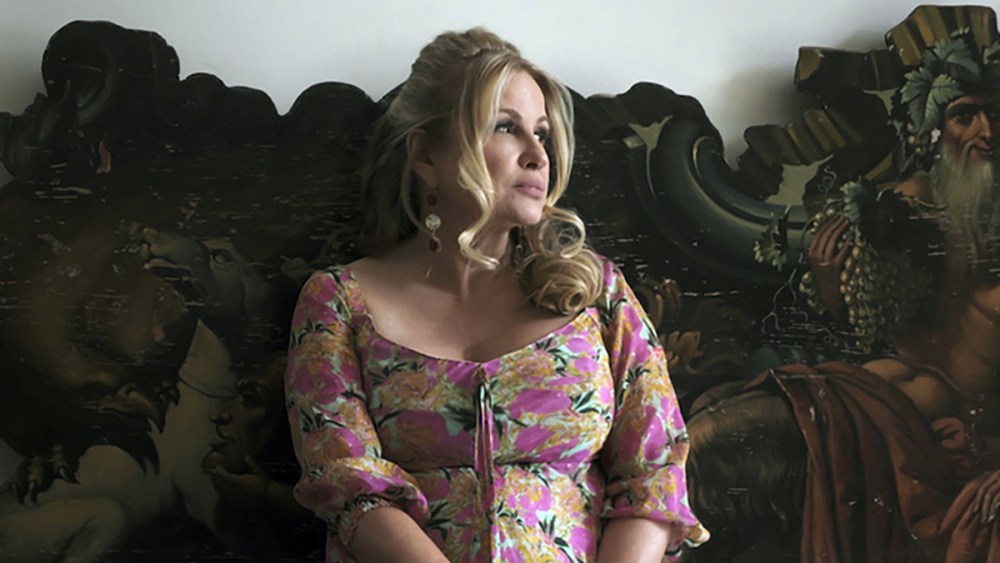 The Season 2 finale of HBO’s “The White Lotus” premiered last night on the network, and Jennifer Coolidge’s heels are getting the internet talking.

Coolidge, who won an Emmy for playing Tanya McQuoid-Hunt, saw her character slip to death off a boat on the show’s season finale. The scene solved the mystery of a corpse that washed away in the season premiere; it was Tanya.

For some fans, the death was expected as it was a form of fashionable foreshadowing. Viewers noticed that Tanya’s final look, clad in a vibrant floral-print minidress, looked similar to a dress that was featured in a memorable death scene in “The Godfather.”

“The dress we made ourselves from Emanuel Ungaro silk chiffon fabric that we found in Sicily,” costume designer Alex Bovaird told WWD.

While viewers and fans of both Jennifer Coolidge and her character are bemoaning the loss, they are also calling attention to factors that led to her demise — a pair of barely-there heels that Bovaird said were from Betsey Johnson.

As Tanya tries to quickly maneuver herself off the boat, she leaves on her PVC sandals — which are set on nearly 4-inch block heels embellished with rhinestones — and loses her footing, ultimately plunging into the ocean.

“Walk me through, step by step, what happened to Tanya’s shoes. #TheWhiteLotus,” one tweet said.

Another Twitter user said, “Paranoid and fearing for her life and kills all the gays on the boat…but then falls off and kills herself on accident? That’s such a Tanya way to go out lmaooo #WhiteLotus”

Coolidge’s precarious steps in the impractical footwear left one Twitter user on-edge: “Me screaming at the TV during the #WhiteLotus season finale last night: GIRL JUST TAKE OFF YOUR SHOES!!!”

While viewers of the series bid adieu to Coolidge’s character, they are guaranteed another season of “The White Lotus.” The show’s director Mike White confirmed in November that it was renewed for a third season. While no premiere date has been announced, it is expected to release in 2023.

“The White Lotus” is currently available for streaming on HBO Max.