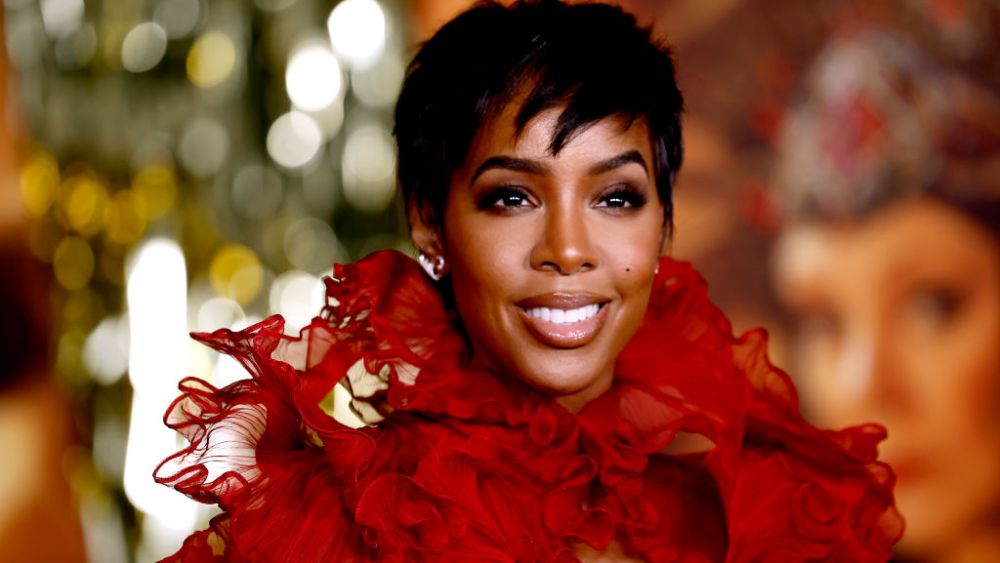 Kelly Rowland made a stunning arrival to the “Babylon” global premiere screening in Los Angeles on Thursday. For the evening event, Rowland wore a striking red dress by Iris Van Herpen.

Called the “Roots of Rebirth,” the gown featured tulle embellishments throughout, including a mock neckline adorned with tulle ruffling on the collar. The sleeves of the ensemble were also adorned in tulle fabric, creating branch-like arms on Rowland.

The bodice of the gown had a series of geometric sheer cutouts. The skirt created a pool-like train effect. The dress was from the Dutch designer’s summer 2021 couture collection.

Rowland was styled by her longtime stylist Kollin Carter, who has outfitted Cardi B, Ciara and Normani.

When it came to hair, Rowland debuted a signature ’90s-inspired pixie cut, styled by Devante Turnbull. The cut featured tapered ends and a short side bang.

Rowland attend the premiere along with a roster of stars including Elle Fanning, Natalia Bryant and Rebecca Rittenhouse.

“Babylon” stars Margot Robbie, Brad Pitt, Olivia Wilde and Tobey Maguire. The film centers around the wealth and opulence of the 1920s in Hollywood, exploring themes of flush excess, depravity and the triumphs and trials of dreamers in the era. The movie is directed by Damien Chazelle, who won an Academy Award in 2017 for best director for his film “La La Land,” which starred Emma Stone and Ryan Gosling.

“Babylon” premieres in theaters on Dec. 23.