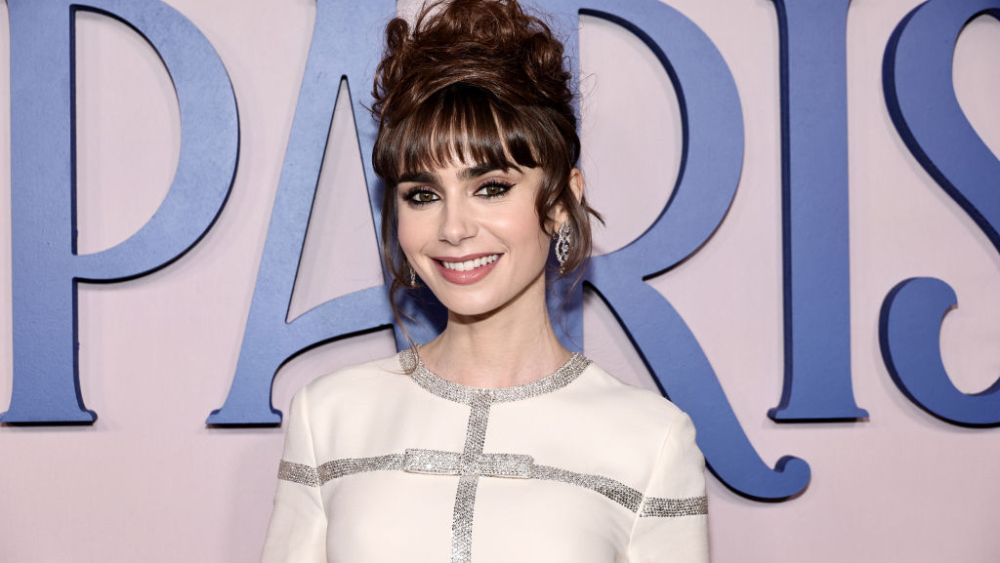 Lily Collins arrived at the French Consulate red carpet in New York City on Thursday for a screening of “Emily in Paris,” wearing a sparkling ethereal white dress.

In honor of Season Three of her show, the actress wore a white sequin-embellished dress with a bow cross pattern from Valentino’s resort 2023 collection.

Collins also paired the look with black stockings and accessorized with chandelier diamond earrings and two white gold and diamond rings from Cartier, for which she is a brand ambassador.

For makeup, Collins opted for an elevated natural look with a glossy lip, eye-popping mascara and earth-tone eyeshadow. For hair, she went for bangs in the front and an intricately styled updo on top with two curls cascading down the sides of her face.

Collins, who returns to play the title character in the hit Netflix series, finally answered the question many fans have been wondering: how does Emily afford her wardrobe?

“I love this idea of the suspension of disbelief that this girl just loves fashion so much,” Collins said. “I like to think she and Mindy [played by Ashley Park] have a giant storage unit of clothes they share, or maybe Emily does a clothing rental situation.”

Collins also said this season viewers can expect Emily’s style to “start looking a little more French as she finds inspiration from friends and coworkers. She’s still bright, bold and all the things I love about Emily, but it’s a little more pared down and sophisticated.”

“Emily in Paris” Season Three premieres on Netflix on Wednesday. The season is set to explore big relationship and career changes for Emily. The Season Two finale saw her boyfriend Alfie choosing to stay in Paris for her, as well as her boss Sylvie offering her a job at a marketing firm she’s starting.