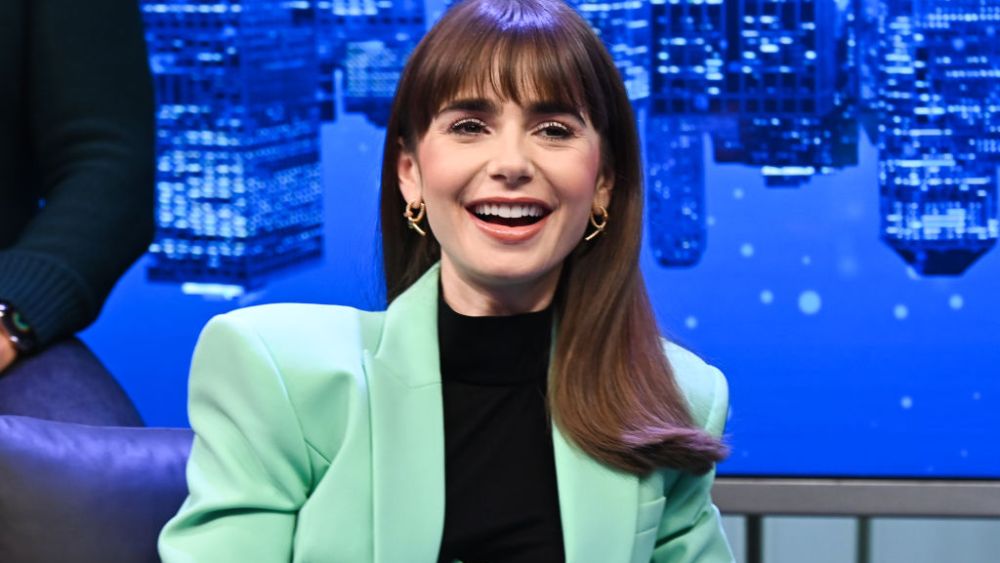 The actress wore a pastel green structured jacket and jumpsuit with a black bodice and mock neckline by Prabal Gurung.

Collins’ look is from Gurung’s spring 2023 collection. “Spring 2023 is a celebration of people who are often unseen but monitored, watched, scrutinized,” Prabal Gurung said to WWD backstage about his spring collection show.

She coordinated the look with patent leather platforms by Giuseppe Zanotti and accessorized with bow-shaped earrings and several rings.

Collins worked with celebrity stylists Rob Zangardi and Mariel Haen. The duo has been collaborating with Collins for her ongoing promotional tour for Season Three of her hit Netflix series “Emily in Paris.”

Zangardi and Haen have dressed the actress in brands such as Dior, Fendi and Cartier. They also work with Jennifer Lopez, Gwen Stefani and Camila Cabello.

For makeup, Collins went for a daytime-ready look, featuring a glossy lip, eye-popping mascara, blush and cream eye shadow. For hair, she had coiffed bangs in the front and the rest was done in a straightened style.

“Emily in Paris” Season Three premieres on Netflix on Wednesday. The season is set to explore big relationship and career changes for Emily, played by Collins. The Season Two finale saw her boyfriend Alfie choosing to stay in Paris for her, as well as her boss Sylvie offering her a job at a marketing firm she’s starting.