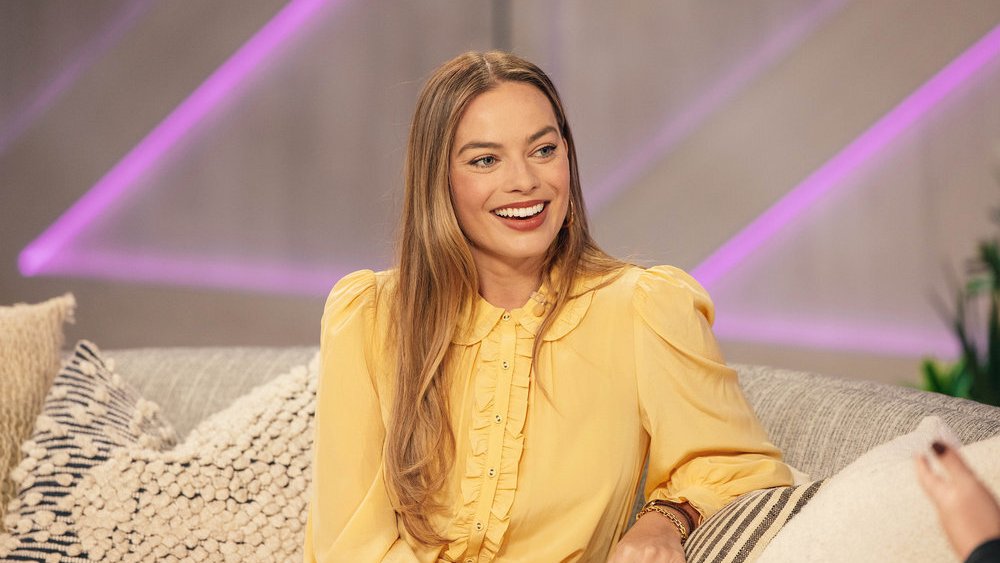 Margot Robbie made a nod to spring with her outfit for a recent appearance on “The Kelly Clarkson Show.”

In a pre-recorded segment that airs Jan. 2, the actress wore a yellow blouse and pants from Ulla Johnson’s pre-fall 2023 trunk show.

They followed a vintage ’70s theme with a scoop collar and ruffle trim along the bodice. The shoulders of Robbie’s shirt were slightly puffed and her sleeves were billowing. Her pleated pants were oversize and cinched at the waist with a matching belt.

When it came to makeup, Robbie wore dark pink blush, a matte pink lip. Her hair was styled into a middle part with her hair flowing freely.

Robbie is on a press tour for her “Babylon” movie and continues to make a bold statement with her fashion looks. The film will be released on Friday.

In November, the actress donned a Chanel tweed suit to the BAFTA’s Retrospective Conversation, in which she talked about “Babylon” and her other career history.

Along with the film, which also stars Brad Pitt, Tobey Maguire and Olivia Wilde, Robbie is gearing up for another highly anticipated work: the “Barbie” movie. She stars as the legendary pink-obsessed plastic doll in the film, alongside Ryan Gosling, Simu Liu and Issa Rae. Just this month, the first official trailer for “Barbie” was released, showcasing a small peek at some of the scenes and fashion in the upcoming film, which will be released in theaters July 23.