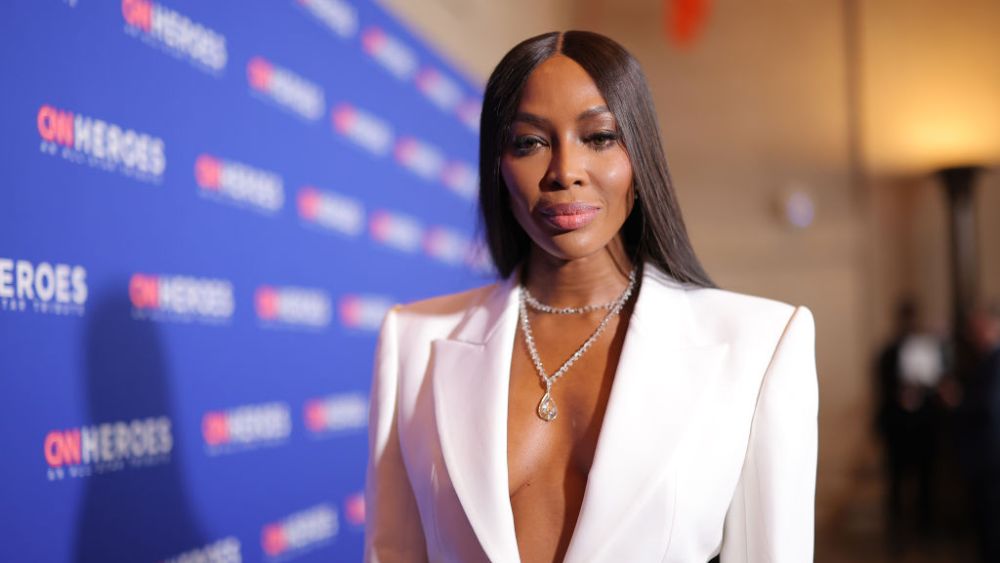 Naomi Campbell attended the 2022 CNN Heroes: An All-Star Tribute event on Dec. 11 at the American Museum of Natural History in New York City, giving her own take on power dressing in a white long-sleeve tuxedo jumpsuit with a plunging neckline by Alexander McQueen.

The supermodel coordinated in white pumps with a silver toecap and a small white top-handle handbag also from Alexander McQueen.

She accessorized with a statement ring and two clear gemstone necklaces.

For makeup, the model went for a red carpet-ready look, featuring a touch of blush, heavy mascara and smokey eye shadow. For hair, she worked with Mideyah Parker, who gave Campbell a middle part and a silky, straightened style.

It has been a busy year for Campbell. She’s filming a new documentary, “The Supermodels,” for Apple TV+. Directed by two-time Oscar winner Barbara Kopple, it features Campbell and fellow ‘90s supermodels Cindy Crawford, Linda Evangelista and Christy Turlington.

Campbell’s modeling career hasn’t slowed down either. At the end of November, she was revealed as the campaign face for Tod’s x 8 Moncler Palm Angels, the collaboration between Tod’s, Moncler and Palm Angels.