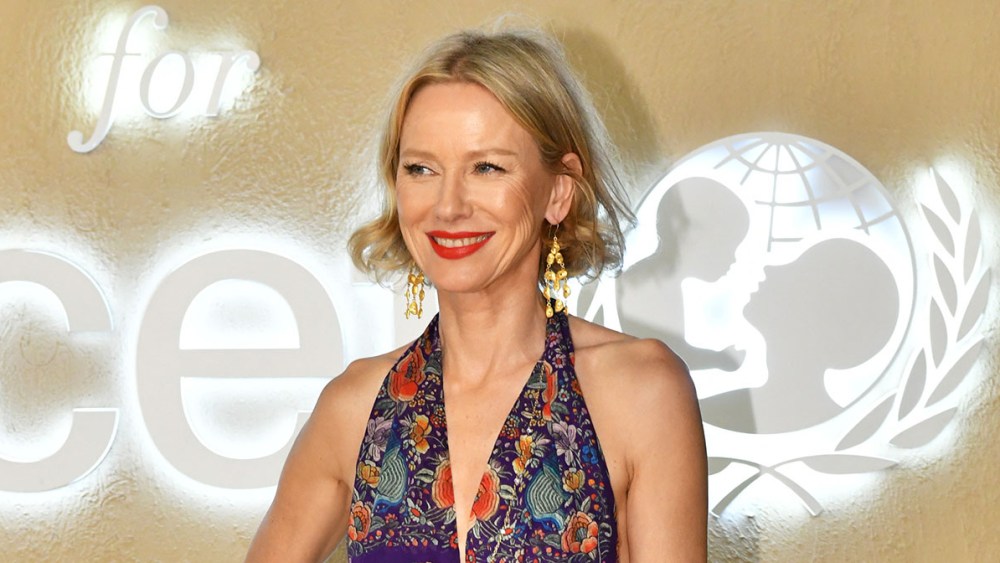 Naomi Watts arrived on the red carpet for the 2022 LuisaViaRoma for UNICEF Winter Gala on Thursday in St. Barths wearing a dreamy spring-inspired ensemble.

In honor of this year’s charity event, the Oscar-nominated actress wore a purple floral-printed dress with tassel detailing at the waistband from Roberto Cavalli’s resort 2017 collection. The line drew inspiration from the ‘70s and was designed by then creative director Peter Dundas.

For makeup, Watts went for an understated look with highlighter, a touch of mascara and a red lip. For hair, she had it parted down the center and curled at the tips.

Watts was accompanied to the event by her partner Billy Crudup. The actor opted for a classic black suit, black shoes and a white shirt he left unbuttoned at the top.

In addition to attending the LuisaViaRoma for UNICEF Winter Gala to support UNICEF’s efforts in providing humanitarian aid for children, Watts has been busy with her new beauty line this year.

“Women should feel like the menopause conversation is a normal one to have,” Watts said in an exclusive interview with WWD Beauty Inc. “This should be the end of the shame and secrecy, and the beginning of something new and wonderful for women.”

The LuisaViaRoma for UNICEF Winter Gala was the second edition of the annual event, with last year’s gala raising more than 4 million euros in support of UNICEF. This year’s gala was again held in St. Barths and included a cocktail reception, dinner and a live auction of exclusive items, artwork and experiences conducted by Simon de Pury. Performers included Drake and Lenny Kravitz. The winter gala complements LuisaViaRoma’s and UNICEF’s annual summer event, which this year was held in Capri where Jennifer Lopez performed.