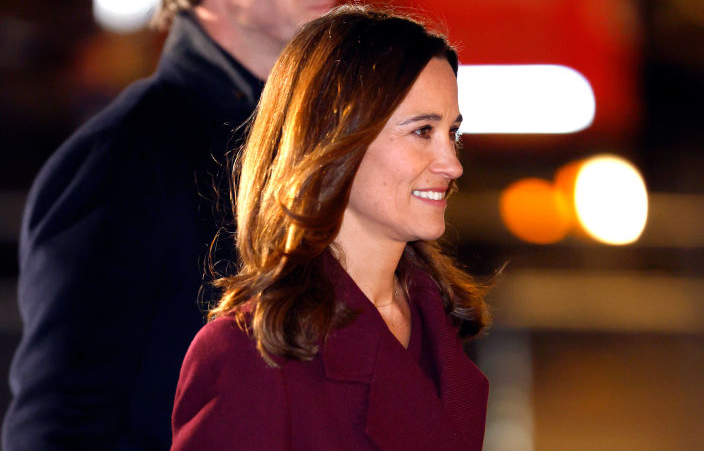 Pippa Middleton made a monochromatic arrival to the “Together at Christmas” carol service on Thursday in London. Joining the rest of the British Royal Family for her sister Kate Middleton, the Princess of Wales’, event, Pippa wore a dazzling long trench Karen Millen coat.

Pippa’s wine-colored trenchcoat was double-breasted and featured a series of black buttons throughout. She completed her winter-ready look with a large black statement belt, cinched securely around her waist.

The rest of her look consisted of a pair of shiny Penelope Chilvers burgundy boots, with a square heel and a round toe. Pippa coordinated with her sister, Kate, following a shades of red theme.

Along with the Princess of Wales, Pippa joined the service alongside her husband James Matthews, her father Michael Middleton and mother Carole, brother-in-law Prince William, niece Princess Charlotte and nephew Prince George.

The 2022 special was hosted by Kate’s friend, Academy Award winner Catherine Zeta-Jones. The event will be televised on ITV1 on Christmas Eve at 7 p.m. local time. It can be later by watched on ITVX.