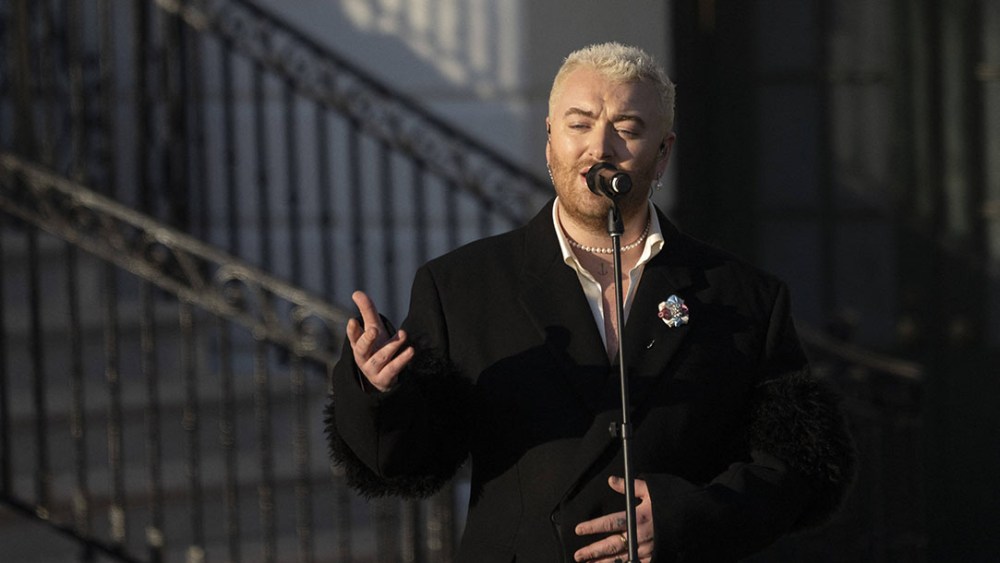 President Joe Biden signed the Respect for Marriage Act into law on Tuesday and hosted a celebration with musicians Cyndi Lauper and Sam Smith on the White House South Lawn.

“Marriage is a simple proposition. Who do you love? And will you be loyal to that person you love? It’s not more complicated than that. The law recognizes that everyone should have the right to answer those questions for themselves,” Biden said when signing the bill. “Today’s a good day.”

After he signed the bill, attendees enjoyed a performance by Smith, who sang their chart-topping single “Stay With Me.”

For the ceremony, the singer wore a winter-ready black coat with oversize faux fur trim elbows. Underneath, they wore an unbuttoned white shirt and accessorized with pearl jewelry, including pearl earrings and a pearl necklace. Smith also wore a pink, white and baby blue fabric brooch with a crystal centerpiece on their coat.

The Respect for Marriage Act provides federal recognition of same-sex marriages and interracial marriages. The bill was proposed out of concern that the Supreme Court would strike down the legal protections for such relationships. President Biden was joined at the ceremony for the Respect for Marriage Act by Senate Majority Leader Chuck Schumer, outgoing Speaker of the House Nancy Pelosi, First Lady Jill Biden and Vice President Kamala Harris.