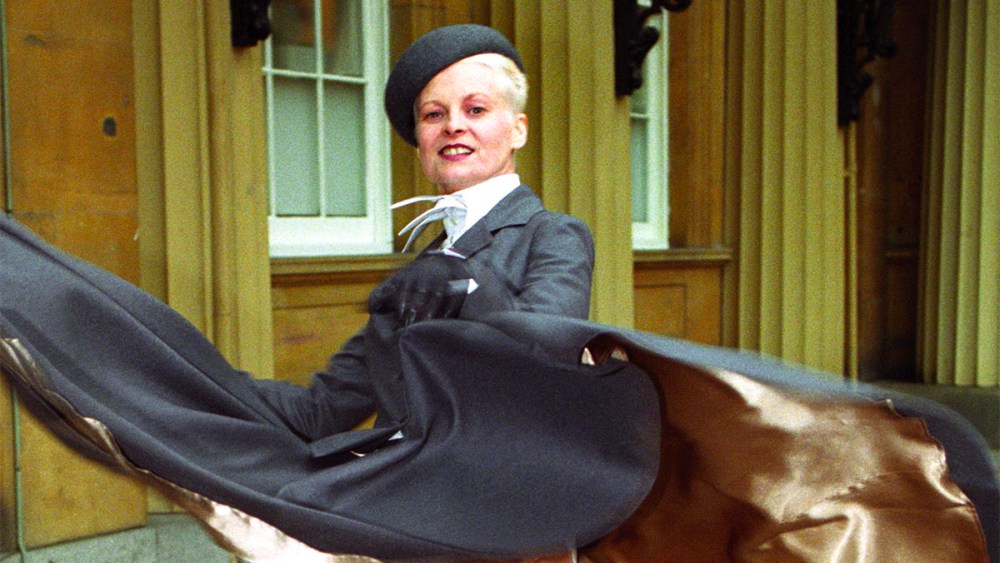 Social media reacted with tributes to Westwood’s legacy as a designer and boundary-pushing public figure. Among them, images of Westwood‘s OBE ceremony on Dec. 15, 1992 — where she’s seen twirling in a dress that revealed she wore no underwear — went viral.

Elle Fanning, who praised Westwood on Instagram as “daring to disrupt and daring to be yourself 100% of the time,” shared a photo that received more than 150,000 likes and a torrent of comments. Overnight, searches on Google for Vivienne Westwood yielded a surge in interest for her OBE dress photos.

Westwood’s outfit consisted of a dark gray skirt suit lined with gold satin and paired with a matching hat, white shirt and black stilettos. The designer has said that she typically eschews wearing underwear with dresses.

After she received the honor from Queen Elizabeth II, Westwood celebrated with an iconoclastic spin outside Buckingham Palace.

Westwood said of the moment: “I wished to show off my outfit by twirling the skirt,” adding, “It did not occur to me that, as the photographers were practically on their knees, the result would be more glamorous than I expected.”

Queen Elizabeth never formally spoke about the moment, but Westwood said she heard the picture amused the queen.

Indeed. Westwood was awarded a damehood for her services to fashion in 2006. King Charles, then Prince Charles, formally honored Westwood.