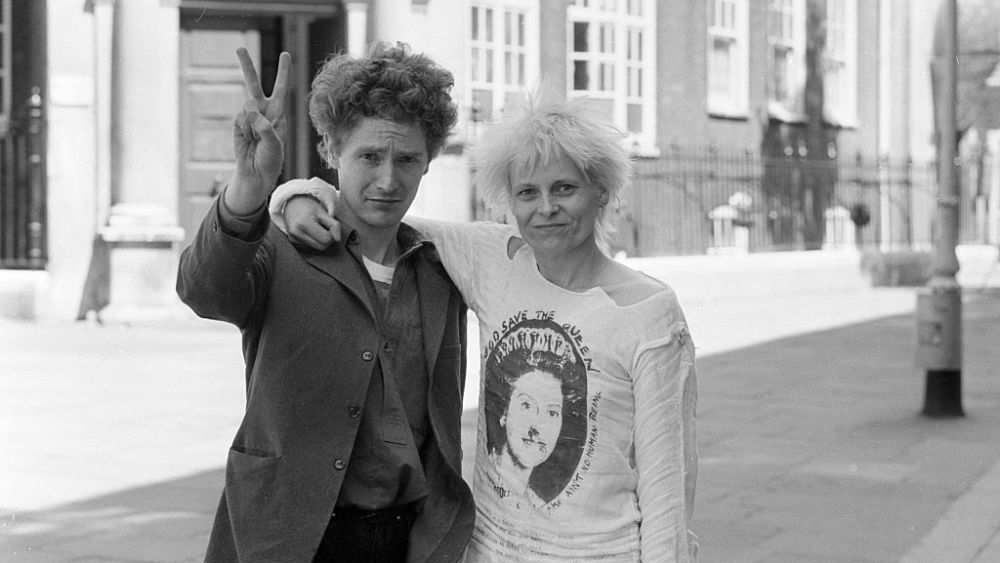 Designer Vivienne Westwood died Thursday at 81 at her home in London. As the fashion industry and her fans mourn, Westwood is being remembered for her contributions to the punk fashion movement.

Overnight, queries for Vivienne Westwood and the “God Save the Queen” T-shirt she designed for the Sex Pistols in 1977 spiked 1,000 percent on Google. Westwood was the go-to outfitter for the rock band at the time.

The shirt featured a subversive image of Queen Elizabeth II, which was created by artist James Reid for the Sex Pistols’ “God Save the Queen” record sleeve.

The graphic was a deconstructed version of Cecil Beaton’s portrait, which was commissioned in honor of the queen’s Silver Jubilee. It was reimagined with a safety pin emblazoned across the queen’s mouth and “God Save the Queen,” “Sex Pistols” and “She Ain’t No Human Being” surrounding her face in graphic text. Westwood’s production was distressed throughout, featuring rips around the shoulder.

The record and reworked portrait image were controversial at the time.

In 2006, Westwood was awarded a damehood by Queen Elizabeth II in recognition of her impact on British fashion.