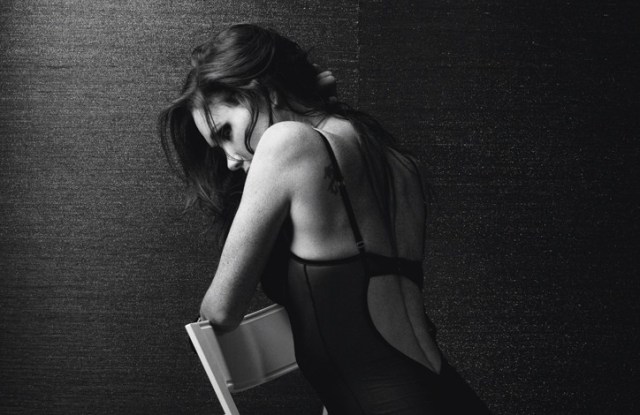 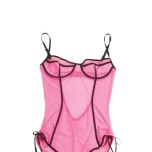 Merry, who has walked the fashion runway for Dolce & Gabbana and Giorgio Armani and fronted campaigns for Armani, Revlon and Coty, unveiled her spring collection exclusively at London’s Selfridges department store. In January, the collection will land at other major stores in the U.K. including Harvey Nichols, as well as three Web sites: catrionamackechnie.com, Asos.com and dirtyprettythings.com.

“This collection is all about the empowered woman,” said Merry. “I love the neon mesh bodies — they are the essence of what I wanted to create for Dirty Pretty Things.”

The 37-piece collection includes a leopard print mesh balconette bra, snake-print low-rise silk knickers and a black mesh bodysuit, which is Selfridges’ hottest-selling item to date. Wholesale prices start at 11.54 pounds, or $18.78 at current exchange, for undies and go to 48.08 pounds, or $78.26, for bodysuits.

“I was disappointed with the lack of fashion lingerie on the market, and found many boundaries that could be pushed with the use of fabric, colors and shapes of lingerie.…It was a really exciting process,” said Merry.

A wholesale sales projection was not available, but the line could generate retail sales in excess of $1 million the first year, according to industry estimates.