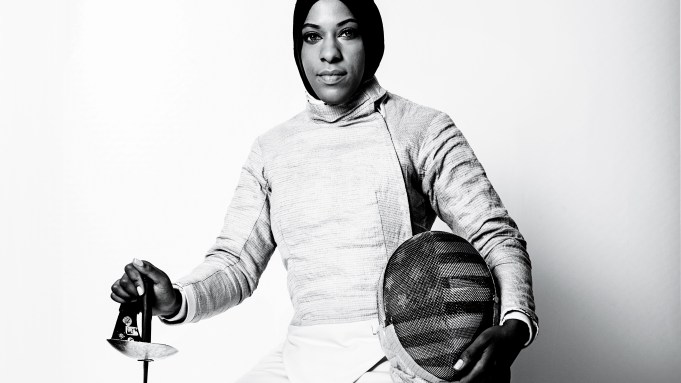 While the Rio Olympics will be a glorification of athletic achievement, they also will be a major branding opportunity for the companies that clothe and sponsor the competitors.

More than 10,500 athletes will be vying for medals in 28 sports at the Games, which begin Friday and end Aug. 21. Critics have been chattering for months about how Zika, terrorism, crime, toxic waters and even the upkeep of the Olympic Village may affect the event. The fact that Rio’s acting governor Francisco Dornelles declared a state of emergency due to the state’s finances did not quell the buzz.

During the 2012 Games, soccer was the most popular sport based on Twitter mentions and Puma-sponsored sprinter Usain Bolt was the most discussed athlete, according to a Topend Sports study. Nike is the official team supplier of Team USA, and Polo Ralph Lauren will dress the American athletes in navy blazers. Given Rio’s one-hour time difference with Eastern Standard Time, NBC expects the Summer Games to be the most viewed live coverage ever. Snapchat and BuzzFeed are helping out with NBC’s onslaught of coverage across 11 platforms. The aim is to break the record of the 217 million-person viewership of the 2012 London Olympics. Adriana Lima will be helping to keep viewers tuned in as an NBC Universal correspondent through Aug. 10.

With the world watching, brands and corporations are willing to shell out millions in sponsorship deals. NBC, which plunked down $7.75 billion for Olympic rights through 2032, has lined up $1.1 billion in advertising. For a four-year block, United States Olympic Committee sponsorships run upward of $20 million and the International Olympic Committee is said to rake in $200 million a year from partnerships. Omega is one of 12 IOC partners, which include Atos, Bridgestone, Dow, GE, McDonald’s, Panasonic, P&G, Samsung, Toyota, Visa and Coca-Cola, the only company to have sponsored each Olympics since 1928. More affordable ties can be fastened by sponsoring athletic federations or individual sports in the way that BMW is sponsoring USA Golf for Rio.

Olympic sponsorships often boil down to “mutual exploitation,” with the USOC trying to get the most amount of money from its sponsors, and sponsors trying to get as many rights as they can for as little money as they can, according to Syracuse University professor of Sport Management Richard Burton. New-to-the-Olympics sports like golf and seven-person rugby may not be a windfall for viewers, but swimming (especially 22-time medal winner Michael Phelps, Missy Franklin and Katie Ledecky) and women’s gymnastics (in particular U.S. gymnast Simone Biles, a multiple gold medal hopeful) are always big draws. Serena Williams (a Nike-sponsored athlete) will also be a major attraction, he said.

Nor is it only athletic brands that are tapping into the Games. Giorgio Armani will dress the Italian team in the EA7 Emporio Armani brand; Polo Ralph Lauren will clothe the U.S. athletes for Friday’s Opening Ceremony, and Stella McCartney designed the Team Great Britain uniforms via her deal with Adidas.

Armani said of his EA7 connection, “To be present at international events of such import is without doubt an opportunity for visibility. The investment is proportional to the media exposure and the opportunity to catch the attention and ‘speak’ to a large and diverse public.”

Bjørn Gulden, chief executive officer of Usain Bolt sponsor Puma — which has seen its sales soar on Bolt’s successes — said, “The commercial direct effect of the Olympics is difficult to measure because people do not buy replicas for the Olympics.” (He was referring to the team shirts that are sold during soccer tournaments, for example.) “For us, it’s a platform to show the brand with good design-driven product, to market your athletes and that Puma looks good in the eyes of billions of spectators. That’s how I see the Olympics.”

The Games are a virtual arms race when it comes to activewear companies and the technologies they develop for the event. This time, there are the added challenges of the Zika virus and Rio’s polluted waters to contend with. Nobitech has developed Skintex MRIII Technology, the only EPA-approved apparel treatment that repels the mosquito that may carry the Zika virus.

To help decathlete Ashton Eaton beat the heat and recover faster between the 10 events, the Nike Sports Research Lab has created a cooling hood that covers the head, face and neck. With designer Masha Ma’s assistance, ANTA Sports Products Ltd. created a Champion Dragon outfit using DuPont Sorona renewably sourced fiber for China’s delegation. For last week’s unveiling, ANTA teamed with Samsung for a virtual reality experience to make attendees feel as though they were in Rio’s Olympic Stadium.

Nike sponsors or supplies products to 40-plus National Organizing Committees including long-standing partnerships with the U.S., Brazil, Kenya and Estonia. The brand also has ties to such sports federations as China Track & Field. In addition, Nike will provide support for leading athletes like Neymar; Serena Williams; runners Shelly-Ann Fraser-Pryce, Allyson Felix, Mo Farah and Dafne Schippers, and pole vaulter Renaud Lavillenie. Overall, it will support leading athletes in nearly 20 sports. Nike declined to pinpoint its investment in the Games, but its global marketing effort in Rio is in sync with its aim to reach $50 billion in annual sales by fiscal-year 2020.

Nike’s competitors also are busy. Under Armour has several key athlete endorsements at the upcoming Games, including superswimmer Michael Phelps, soccer Gold Medalist Kelley O’Hara, sprinter Natasha Hastings and British tennis great Andy Murray, who just won Wimbledon for the second time. The best known of these athletes is arguably Phelps, the most decorated Olympic athlete of all time, who already has a net worth estimated at around $55 million. In partnership with Aqua Sphere, a swimming equipment brand, he has the MP brand of swimwear, goggles and equipment. His return from retirement, coupled with his new squeaky-clean image, fiancée Nicole Johnson and Baby Boomer sets him up to significantly increase his exposure even if he fails to medal again this time around.

No slacker in the net worth department, Murray’s wealth is estimated at $38 million.

Li Ning has a new deal with the Indian Olympic Association for tracksuits, along with training and match kits; Peak Sport has supply/support contracts with Olympic teams from New Zealand, Ukraine, Slovenia, Cyprus, Jordan, Lebanon, Palestine, Nigeria, Egypt and Algeria, and Hermès is supplying saddles to Brazil’s show-jumping team. While not official sponsors, Uniqlo will be represented by Novak Djokovic and Mizuno will sponsor 14 national federations in Japan and it will support the U.S. volleyball team, among others. Adidas will support athletes, federations and national Olympic committees with products. In addition to Team GB, Adidas will be outfitting the teams from Germany, Australia, Trinidad and Tobago, Ethiopia and Hungary.

Speedo USA provides year-round support for 12 top athletes including Missy Franklin, Ryan Lochte, Nathan Adrian and Conor Dwyer — all of whom will compete in Fastskin suits, Speedo swim caps and goggles. In the U.S., there is a Speedo FIT campaign highlighting the brand’s total-body aquatic fitness program that includes TV and digital advertising, as well as social media support across Speedo USA’s owned channels.

To crack down on athletes touting their non-Olympic sponsors during the Games, the IOC will enforce Rule 40. So while U.S. gymnastics captain Aly Raisman will compete in Under Armour, she won’t be tweeting her thanks to her sponsor Reebok while wearing her Under Armour-mandated uniform.

From July 27 through Aug. 24, Rio-bound athletes must abide by Rule 40, a policy to protect Olympic sponsors, by not advertising, tweeting or posting about their non-Olympic sponsors in any way. Some, like New Balance-sponsored runner Emma Coburn, tweeted her thanks on July 26. “#Rule40 starts tomorrow so I won’t be able to say Thank You to my sponsor. THANK YOU FOR EVERYTHING @newbalance.”

In a 2,000-word post earlier this year about Rule 40, Oiselle founder Sally Bergesen said she asked a USOC representative, “If ALL businesses are subject to the ‘pretend the Olympics aren’t happening’ guidelines, and he confirmed it. Nothing can be said, referenced, celebrated. The repercussion? The USOC may contact you directly to remove your post, or could send you a cease-and-desist letter, threatening legal action.”

Other brands have found alternatives, including Lafayette 148, which will suit up some of NBC’s female talent with the help of stylist Amy Acton while Hardwick will dress the male talent in the studio. And Nike will dress NBC-ers on location at the sporting venues.

Then there are those fashion firms looking even further ahead. As one of the official sponsors of Paris’ bid for the 2024 Summer Olympics, LVMH Moët Hennessy Louis Vuitton will join the Paris 2024 delegation which will be on site throughout the Games at Club France. There, at the Sociedade Hípica Brasileira, a press conference is set for Aug. 5. The Paris 2024 delegation will be dressed by Kenzo.