As is tradition for the label, the company has commissioned an elegant yet racy short film to mark the launch. 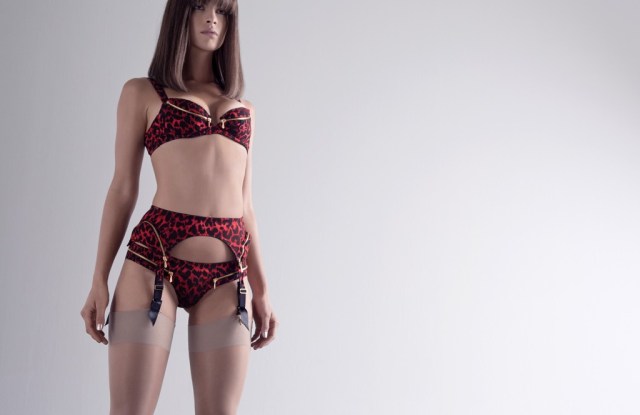 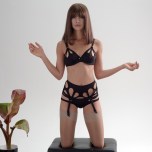 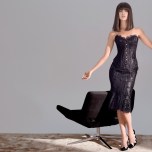 This story first appeared in the October 31, 2011 issue of WWD. Subscribe Today.

And as is tradition for the label, the company has commissioned an elegant yet racy short film to mark the launch. The film, called “Les Fleurs du Mal” or “The Flowers of Evil,” is directed by Justin Anderson, a British director at Epoch Films in London, and plays on Britain’s kitsch Hammer Horror films. It stars a heroine who is made-over by a predatory gang of models clad in the Soiree range, all set to a heavy metal soundtrack.

“The collection is quite artistic and we kind of wanted to do something that was a bit off the wall,” said Sarah Shotton, creative director of Agent Provocateur. “We’re a vintage-inspired company, and horror back in the day was a way of showing sex in film…it was a little bit of history and a bit tongue in cheek.”

The film debuts today on a new microsite dedicated to the Soiree collection within Agent Provocateur’s Web site, after having been launched virally last week. Prior to the online launch, Soiree had only been sold at a select number of the label’s boutiques. The line is made up of detailed, embellished pieces, of which there are a limited number. For fall 2011, designs include a lingerie set crafted from napa leather adorned with Swarovski crystal chains, a silk batwing kimono and a lingerie set in red leopard print with gold zip embellishments. The line retails from 195 pounds, or $312, for knickers and can rise to 15,000 pounds, or $24,000 for a one-off playsuit handmade from tassels and Swarovski glass beads that’s an exclusive piece for Harrods.

“It’s about dressing up, luxury and a lot of hand-embellishment,” said Shotton. “It’s really fun…I get to use very beautiful fabrics.”

Garry Hogarth, chief executive officer of Agent Provocateur, said Soiree — which is particularly popular with the brand’s Middle Eastern and Russian customers — represents 5 percent of Agent Provocateur’s business but could grow to “10 or 15 percent.” He added that customers for the Soiree line show no resistance to the higher price points, noting that certain customers have spent “$20,000 to $30,000” on the line during one boutique visit. “They’re just looking for the most beautiful pieces, whether it’s lingerie or clothing or handbags, they just want the very best and the most beautiful thing,” said Hogarth.