An Intimate Chat With Isaac Mizrahi

The designer will launch his first collection of Isaac Mizrahi New York intimates for spring 2013. 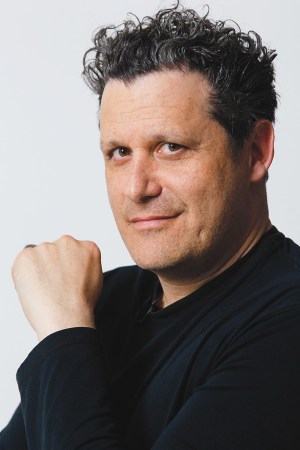 And he plans to take full advantage of the intimate connection women have with the $10.6 billion lingerie industry with his first collection of Isaac Mizrahi New York intimates for spring 2013.

“Christian Dior said, ‘There is no fashion without foundations.’ Undergarments are so wonderful and interesting to me, and now it’s all about shaping and enhancement. That really excites me because you can be all of these things — curvy, busty…The idea is to build a collection of intimate apparel around shapewear.”

The intimate apparel collection is part of an aggressive licensing portfolio at Xcel Brands Inc., which inked a deal in January with International Intimates Inc. to manufacture and distribute innerwear bearing the Isaac Mizrahi New York name. Distribution is aimed at major department and specialty stores.

Robert D’Loren, chairman and chief executive officer of Xcel Brands, said intimates is part of an extensive multimedia marketing plan for Mizrahi and the brand.

“Our next goal is international with QVC in Asia and brick-and-mortar.…I couldn’t be happier with 29 licenses and 70 launch categories,” said D’Loren. “A swimwear license is in the works for spring 2013, and men’s shirts and ties launch this fall…We’re also in discussions for men’s tailored clothing and a men’s sportswear collection for fall 2012, or possibly fall 2013. But our big initiative will be a [multimedia] power fragrance launch that will be history in the making.” He would not elaborate.

Meanwhile, Mizrahi, who serves as creative director for Xcel Brands, said he learned some lingerie “tricks of the trade” from Minnelli.

“It was Liza in 1987 who showed me how to sew a panty with a bra,” quipped Mizrahi, as he walked around the Isaac Mizrahi New York design studio with a video crew in tow.

Asked which pieces he thinks are the most important in a lingerie wardrobe, Mizrahi replied, “The bra.…There’s hygiene and health issues with a bra. I take the engineering of a bra very seriously…I had a style show on TV and there are so many things, things that change all the time with bras, especially as you age and how the breasts change…it makes you grumpy if your undergarments aren’t right and if a bra doesn’t fit right.”

Mizrahi — who cohosted the first season of “The Fashion Show” on Bravo, served as a head judge in the debut season of “Project Runway All Stars” on Lifetime and currently headlines IsaacMizrahiLive! on QVC — described the biggest lingerie faux pas as a “girl who doesn’t know how a bra is supposed to fit.”

“There’s a whole chapter in my book on how a bra is supposed to fit. It all starts and ends there, and when a woman doesn’t know about that it’s like I want to start a charity and educate women,” said Mizrahi. “A bra is so much about a woman’s identity and how she feels about her breasts.”

Regarding fashion’s role in lingerie, Mizrahi noted, “Undergarments are the politics of fashion, the sexual politics of fashion…As women become more and more exposed [to fashion and lingerie] it becomes more of a choice what her undergarments look like. If you decide to have large pink and gold dots, that’s your affair…The thing is to offer as many choices as possible, and the thing is not to play on that insecurity and reach out as a friend…Instead, it’s like, Here are some great panties and shapers, and it’s your choice…This brand likes to offer choices.”

Mizrahi said the issue of comfort in undergarments is paramount.

“Comfort is relative when it comes to a shaper or a corset — it has to be comfortable. I was just talking about that with a friend who was saying women were always fainting in their corsets in the 18th century. But I said, if it’s made right you can wear it without fainting. If you make anything wrong, it’s going to be torture…I know even if it’s a T-shirt with the arm hole in the wrong place, I’ll come home and rip it off and throw it away…The proof of the pudding is if it sells. I kill myself about that because these things [shapers and corsets] are hard to make.”

Addressing lingerie and sex appeal, Mizrahi indicated that sex appeal can be interpreted many ways.

“It’s hard for it not to have a je ne sais quoi — I mean that for real. Little panties can be sexy but so can big [granny] panties,” he said.

A first-year wholesale sales projection was not available, but the intimates collection could generate sales in excess of $20 million, according to industry estimates.

The Isaac Mizrahi New York collection of intimates will be unveiled at a cocktail party for retailers May 2 at the Dream Downtown Hotel. A video of Mizrahi discussing intimate apparel at his design studio will be shown, as well as lingerie displayed in a shop environment.