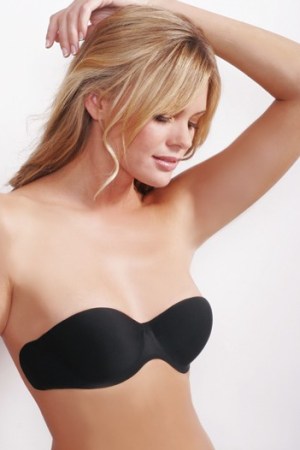 Ann Deal has come a long way since PERFECTING what she described as the “disposable strapless bra with adhesive” in 1986 called Freedom Forms.

Since then, Deal, who began her career in the intimates department of Rich’s in Atlanta, has expanded her business of intimate apparel accessories with wholesale sales in excess of $40 million. She changed the company’s name to Fashion Forms in 1993 and moved to California, where she continued to specialize in novelty items such as The Water Bra (a bra with gel- and water-filled cups) and reusable silicone Breast Petals, which are bestsellers.

“I had everything in my garage at home, but there were too many FedEx trucks coming and going, and the neighbors started to complain,” Deal recalled. “So I rented a 5,000-square-foot warehouse because the business was growing at such a fast pace, with items like underarm shields and push-up pads for bra cups.”

“We’ve had a 37 percent sales increase over the same period in 2008,” said Deal, who noted that packaging is “different for each retailer, lending an exclusive look, whether it’s Frederick’s of Hollywood or Wal-Mart.”

The two newest products will be in-store in mid-April: the Fashion Forms Wrap Bra that contours the body with adjustable Velcro side closures and will retail for $32, and the Fashion Forms Seamless Backless Strapless Bra, which will sell for $36 and features hypoallergenic silicone adhesive that lasts up to 25 washings, she said.