The plus-size Canadian retailer, which continues to increase its U.S. distribution, will introduce Graham’s new lingerie collection this week. 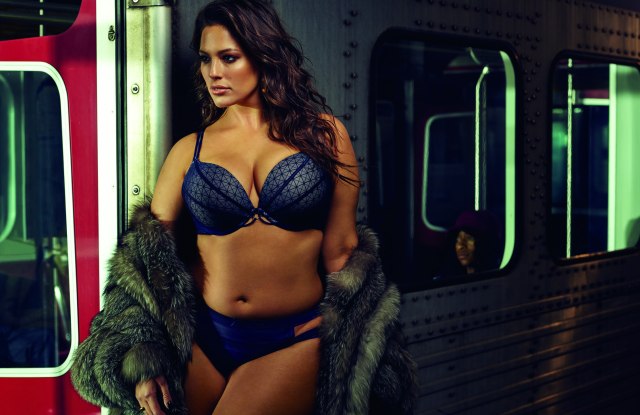 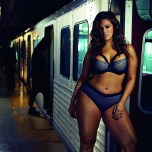 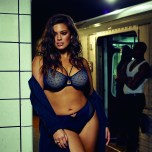 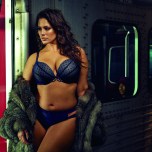 Graham, who has an intimate apparel contract with the plus-size retailer, will launch her new collection, Provocative, this week. This is her 10th line with the brand.

According to Roslyn Griner, vice president of marketing at Addition Elle, the nine-piece collection is inspired by ath-leisure and made from geometric lace. The line, which retails from $30 for a pair of underwear to $95 for the baby doll and bodysuit, features cutouts, choker clips and athletic inspired straps. Bra sizes range from 36DD-DDD, 38/40/42 C-DDD and 44 C–DD. Other pieces range from X-4X. It will be available on bareneccessities.com, in select Nordstrom and Dillard’s stores in the U.S. and on Addition Elle’s web site. The campaign for the collection, which portrays Graham in a subway, was shot by Canadian photographer Shayne Laverdière.

In addition to this line, Graham will be releasing a collection of intimate apparel essentials and a bralette with Addition Elle this fall. Graham has also partnered with Dressbarn on a line of dresses and Swimsuits for All on swimwear.

“We are having a very busy pre-fall and fall with Ashley,” said Griner, who added that Addition Elle has worked with the model since she was 16.

Griner said that Graham’s rising profile — she landed the cover of Sports Illustrated’s swimsuit issue this year — has had a positive impact on Addition Elle.

Just last year the Canadian brand launched Graham’s intimate apparel collection in the U.S. exclusively through nordstrom.com and two of its stores. As of July, the line will be carried in 40 Nordstrom stores, Bare Necessities e-commerce site and it will be available online at Dillard’s and 10 of its stores in October. Addition Elle also rolled out three of its sportswear lines — Michel Studio, a workwear collection; Nola, an activewear assortment, and Love & Legend, a denim brand — last year on Lord & Taylor’s e-commerce site and within its New York flagship and will roll out to 15 additional stores this fall. Griner said they are currently testing sportswear at Nordstrom.

“There is still this white space of trendy, plus-size fashion and there still isn’t a lot in store,” Griner told WWD. “The plus-size market is the only part of the retail market that’s growing quite significantly and everyone is eyeing it.”

To continue its U.S. push, Addition Elle has set up a showroom in New York City and will hold a runway show this September during New York Fashion Week at Kia’s Style 360 where Graham will walk in the show.

Griner admitted that many luxury brands still seem hesitant to produce plus-size clothing, but she believes these women are changing their perception of the category.

“There is a coolness factor when these girls get to be known as personalities,” Griner told WWD. “These new girls that are coming into the market are going to be the game-changers. They are the future generation.”