Board-sport brands, such as Hurley, DC Shoes, and Zoo York, sought to differentiate themselves at ASR Trade Expo. 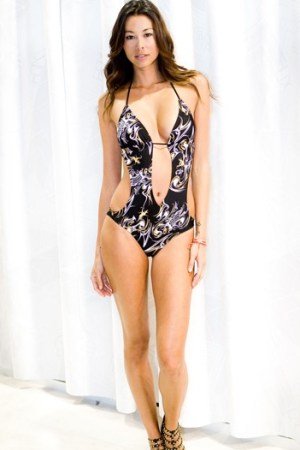 SAN DIEGO — After elevating the fashion in their lines to compete with — but then lose on price to — fast-fashion retailers, board-sport brands sought to differentiate themselves at ASR Trade Expo. They emphasized innovative fabrics, their strengths in surf and skate and a versatility that moves from the beach to the streets.

Several marquee names — Hurley, DC Shoes, Zoo York, Matix and Alpinestars, among others — did not exhibit at the three-day show that ended Saturday at the San Diego Convention Center, even though organizers reduced booth costs by 25 percent. The no-shows were partly a result of the expiration of the companies’ deadlines for spring orders well before the show’s start.

DC Shoes opted instead to unveil sleeveless fleece hoodies, striped terry cloth rompers and other spring looks during a private dinner attended by editors and retailers. “We’re trying to strategize more about how we spend money in this economy,” said a DC Shoes spokeswoman of the decision not to exhibit at ASR.

Buyers were realistic in assessing the prolonged impact of the recession.

“We sell as high-end as Prada, but guests are definitely looking at prices and value more now than ever,” said Pam Murphy, a buyer for Mammoth Mountain Resorts in Mammoth Lakes, Calif.

Fashion prevailed for Karen Meena, buyer for Los Angeles-based boutique Ron Robinson. “I’m seeing a lot more fashion-forward looks and beachy sophistication from the brands here, which is a welcome change from so much streetwear,” she said.

Samantha Schwartz, a buyer for Philadelphia’s Spaha Capital Management, which owns the Woodward Skate Parks chain in Atlanta, Dallas, Denver and Philadelphia, cited versatility as a key element in her buying strategy.

“We’re definitely looking for convertible stuff — things that can have multiple looks and purposes — so customers feel like they’re getting more for their money,” she said.

Vendors imposed changes of their own, lowering some prices and highlighting certain pieces that would contribute bigger profit margins to retailers’ bottom lines. In an effort to save money on production and inventory, several brands also reduced the number of offerings — in some cases by as much as half — with a focus on the bestsellers.

Quiksilver added a summer men’s collection to increase the number of seasons it services to four. The change allows retailers who prefer to buy closer to season to place orders four months — rather than five to six months — before deliveries are made.

“One of the big initiatives in the company is speed to market,” said Dave Rosenberger, Quiksilver’s national sales manager who oversees the young men’s business.

For some brands, the recession isn’t time to retrench. Vans, the skateboarding brand owned by VF Corp., plans to open 15 stores next year after launching 32 this year. “Brands that protect themselves open their own stores,” said Kevin Bailey, president of Van Americas. “It’s to control their own destiny.”

Billabong unveiled a higher-end swim grouping dubbed Billabong Runway Collection, inspired by the Hollywood runway event it hosts each year. Retailing for $88 to $122, compared with the core line’s swimsuits selling for about $80, Runway’s nine styles range from a lace monokini to a black denim bikini slashed on the sides.

Fox also widened the availability of its swimwear for next year after offering a test run at Pacific Sunwear of California Inc.’s stores last spring. Retailing from $79 to $84, the array of bikinis and monokinis highlights novel prints, such as purple metallic snakeskin.

Vans offered something new for both men and women. It collaborated with surfer Joel Tudor on a better-priced men’s capsule collection highlighting eco-friendly fabrics such as recycled polyester and organic cotton. And Vans added a youthful streak to $10 women’s sunglasses with aviator styles that flashed electric blue trim on the bridge and arms, along with Wayfarer styles available in teal and coral.

In both men’s and women’s sportswear, neon was excised from the palette. Bright tints such as turquoise, ocean blue, purple, red and yellow dominated, albeit in more subdued tones as if the clothes had been sitting in the sun.

In women’s sportswear, rompers and jumpsuits came out in full force, as seen in a long zippered version with asymmetric hems by Volcom. Stripes extended from Element Eden’s cotton-Spandex tube miniskirt to Lost’s high-waisted swim brief. Feminine touches abounded with bustier dresses at Lucy Love and ruffles that fluttered on Rastafarian-themed bikinis by Roxy. Reef, which unveiled its first swim collection produced under license by Raj Manufacturing, brought drama to the back of bikini tops with roping and skimpy strings connecting the neck strap to the main band.

In men’s wear, designers preferred covering the torso with a tank top or a flannel shirt, the latter of which has replaced the fleece hoodie as the must-have cover-up. Vans reinvigorated its knits category with tanks in yarn-dyed stripes, while Element sewed bamboo flannel into button-up shirts. Volcom discovered the new uniform for young men is a flannel shirt over a T-shirt and denim, like its skinny jeans, which feature a 12.5-inch leg opening in a light blue wash.

Plaid walking shorts lost favor as designers turned their attention to cargo shorts and plain-front walking styles in solid colors and stripes. Quiksilver cut a cargo style out of dobby ripstop polyester, while Lost stitched slanted pockets on a hand-drawn print of waves for a hip version of cargo shorts.

Boardshort designers went with superstretchy technical fabrics that not only yield a higher price but are also unavailable at mainstream competitors such as H&M and J. Crew. For a $58 model, Volcom introduced a nylon-Lycra stretch material that doesn’t cling to the skin as much as the pure nylon or polyester-Lycra stretch fabrics it has used in the past. O’Neill improved its $84.50 four-way stretch boardshorts with flat welding to eliminate seams. Billabong used recycled polyester and Lycra for its version of four-way stretch boardshorts retailing for between $89 and $99.

In summarizing men’s trends, Rob McCarty, senior design director for Billabong, said, “It’s about classic American sportswear with a technical twist to it.”