The activewear company, founded by fitness instructor Lorna Jane Clarkson and her husband, Bill, has opened its first store in the country in Malibu. 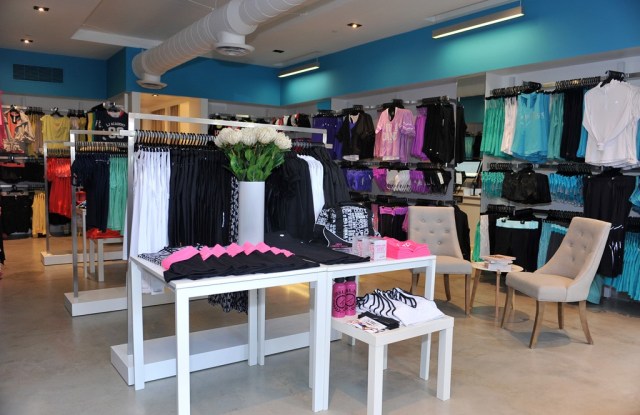 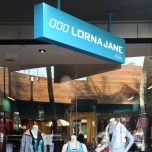 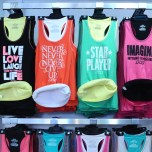 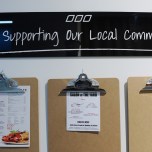 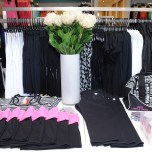 LOS ANGELES — Well before Lululemon Athletica became the de facto clothier for a certain segment of affluent American yoga enthusiasts, fitness instructor Lorna Jane Clarkson was riding the aerobics wave in Australia, and outfitting herself and her students in bright leotards and leggings under the Lorna Jane label.

“I couldn’t find any activewear that I liked enough, and I started making my own. Because I was in front of the class, people started asking what I wore. There were so many more women that felt the way I did,” said Clarkson, who serves as the creative director of the brand she founded in 1990. “It wasn’t like I had this idea that I was going to make activewear and build a multimillion-dollar business.”

With her husband, Bill, who is Lorna Jane’s chief executive officer, Clarkson has indeed built a multimillion-dollar business — specifically, she revealed that the brand’s annual turnover exceeds $100 million and its business has increased around 40 percent a year for the last four years, a rate anticipated for this year as well. That it has just broken into the U.S. market will help it realize further growth. Lorna Jane opened its first store earlier this month at the Malibu Lumber Yard shopping center, and will soon open another two Southern California locations in Marina Del Rey and Santa Monica.

“We have 122 stores in Australia. We are thinking 150 stores is the maximum. If we want to continue to grow, we need to start building the brand in another country,” said Clarkson. “Bill and I have been visiting the U.S. for years and we love it, particularly California, and I think the way of life in California and the climate is very similar to Australia.”

Lorna Jane plans to locate its initial 25 U.S. stores in California, with as many as 15 units slated to open next year. The stores will typically occupy 1,000 to 2,000 square feet, although the Malibu Lumber Yard location is 800 square feet. Lorna Jane stores have generated $1,000 in annual sales a square foot on average in Australia and are expected to have similar sales productivity in America.

To help finance expansion, Lorna Jane brought on Australian private equity firm Champ Ventures as a minority investor in 2010, even though Clarkson stressed, “The business didn’t actually need investment and money. The business is totally self-funded. It was more about the advice and the structure we wanted. We wanted to be answerable to more than just the two of us,” she said. “When we sat down [with Champ, the U.S.] was non-negotiable. We wanted to go into the U.S., and they said, ‘You have our full support.’”

Clarkson is well aware the U.S. market, with its crowded field of activewear options from Lululemon to Nike, presents a challenge, so she isn’t in a rush to grow Lorna Jane as fast as possible. “We are not putting too much pressure on ourselves, that is why we are not opening massive stores in New York. We are going in like a small business,” said Clarkson, who added, “We want every single store to be profitable. We want to make good decisions and get great stores.”

Clarkson acknowledged that Lululemon and Lorna Jane will have customer overlap in the U.S. — she is already accustomed to competing with Lululemon from its nearly 25 locations in Australia — but thinks customers will be willing to try Lorna Jane’s entry-level leisure items, such as tops and shorts for roughly $35 and $25, respectively. Once they experience the brand through the more affordable pieces, she believes customers will return for high-tech products with LJ Excel, an exclusive performance fabric that is described as moisture wicking, 100 percent UV protective and quick-drying. Clarkson estimated that some 30 percent of Lorna Jane’s sales are from leisure merchandise, and 70 percent are from high-tech performancewear.

“I definitely think that Lululemon customers will consider Lorna Jane,” she said. “We believe we can sit alongside them and give customers a choice. The feedback we get from customers is that they want more choice in this category.”

Product is certainly the hero at Lorna Jane stores, which are designed internally. In an array of colors, it is displayed on simple metal racks and white tables, while athletic imagery and inspirational sayings reinforce Lorna Jane’s motivational brand message. Merchandise is organized in a “shop the look” manner spotlighting apparel featured in Lorna Jane’s catalogs with accompanying accessories. Explained Clarkson, “We try to make it easy for a customer to find a look they liked in the brochure.”