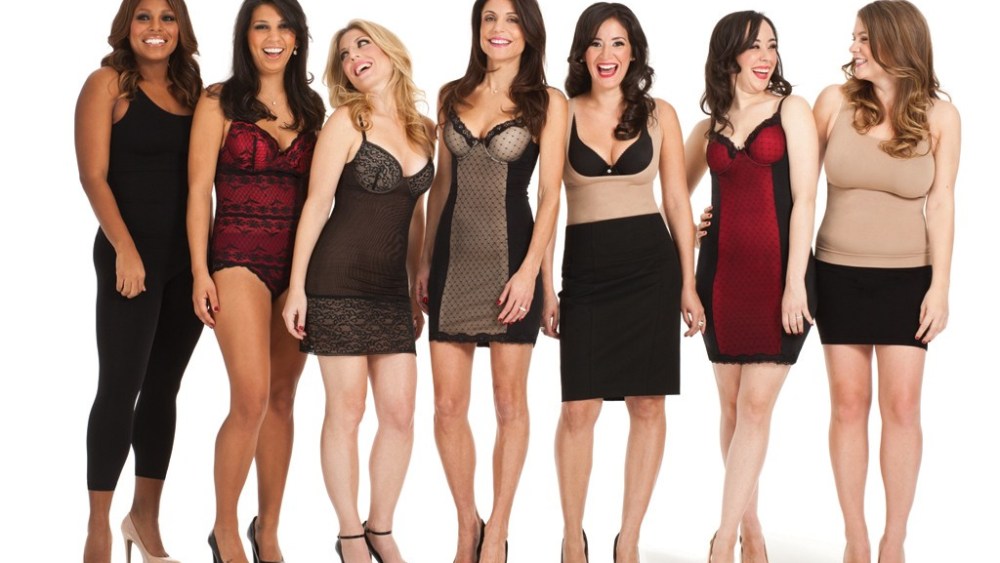 Bethenny Frankel is shaping up her reality TV series “Bethenny Ever After” with her collection of Skinnygirl Smoothers n’ Shapers by Bethenny Frankel.

The serial entrepreneur and a Bravo TV mini mogul — who was one of the original women on Bravo’s “The Real Housewives of New York” and whose portfolio includes Skinnygirl Beauty and Skinnygirl Margarita, which was sold in 2011 to Fortune Brands Inc. for an estimated $100 million — said she got into the shapewear business to help real women solve basic figure problems at an affordable price.

In between deal making, Frankel takes a break to talk about the “Real Woman” ad campaign for her shapewear label at a suite at the Trump SoHo hotel.

At first, it was unclear if Frankel and a reporter had walked onto the set of a reality TV show.

Frankel was going through a number of wardrobe changes, constantly getting feedback from her crew on what looked best.

“The lighting is horrible in the bathroom,” said Frankel as she walked into the suite accompanied by two publicists, a personal assistant, and two hair and makeup stylists who were constantly freshening her makeup and fluffing her hair.

“I’m obsessed with this pink cardigan because it makes the shapewear look like ready-to-wear….You button the cardigan for work during the day and take it off at night to show off your sexy shapewear,” she quipped.

Frankel decided to do the interview in a sexy push-up bustier that she wore underneath a hot pink cardigan from Express and a back-zip skirt by Bebe.

As the photographer began shooting Frankel’s portrait, one publicist kept coaching her with comments like “Elongate your body” and “Keep your hands in,” while simultaneously texting.

It soon became apparent that the frenetic activity surrounding Frankel was a reenactment of the ad campaign for her shapewear line.

Footage of the actual campaign shoot will be featured on the series and will focus on several of the women in her life: hair stylist Stacey W., makeup artists Sonia Rodriguez and Veronica Pastoriza, and personal assistants Jacqueline Lagratta, Julie Plake and Maggie DiPasquale.

The shapewear, which includes plus sizes and retails under $65, was licensed to Dreamwear Inc. in 2011, and created under the premise that all women’s shapes and sizes are beautiful. The estimated first-year wholesale sales projection for the shapewear was more than $3 million, according to industry sources.

“We’re all Skinnygirls, no matter what size we are, so having these ladies model the collection was a natural and truthful fit,” said Frankel.

The label was launched in 2011 at skinnygirlshapers.com and QVC, and was picked up by Barenecessities.com and Herroom.com this year. The line will also be sold at select Macy’s stores in May.
Frankel is asked why she selected shapewear and not sportswear. She replied that she wanted to create practical solutions for practical women like herself.

“I wanted to create shapewear that you can wear morning, noon and night, because at the end of the night it’s like ‘Get me out of this’….You want to rip it off. This is not strangulation shaping,” explained Frankel.

Regarding the concept of the “Real Woman” campaign, she said, “I’m friends with the girls who work for me and now [TV] viewers can see them all decked out….One has big boobs, one has a big stomach….Everyone has a body part they’re not thrilled about. But it’s also about confidence and everybody feeling better with a little lip gloss and shapewear,” she said.