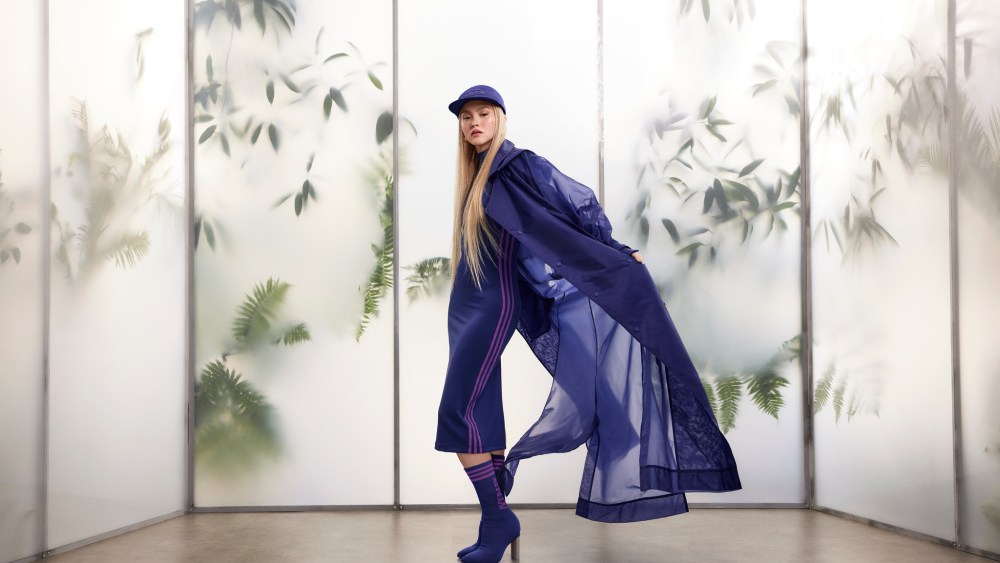 Beyoncé is headed into the woods — and the urban jungle — for the latest drop of her Ivy Park collection with Adidas.

Called Park Trail, the line is intended to be a “trail-blazing expression of performance wear inspired by the resilience of the outdoors, the spirit of the streets, and the possibilities of the future,” the companies said.

A canyon camouflage print makes its appearance on several key pieces in the apparel assortment including a sequined jacket, faux-fur coat and canvas track suit; a circular knit cropped top, tight and zip hoodie; a jacquard sweater, and a hidden pocket crewneck sweatshirt.

Layering pieces and storage options are emphasized throughout the collection and the color palette includes traditional outdoors options such as Denali green, cream white and indigo as well as eye-popping hues of solar orange, purple and lime green.

Footwear options expand the Ivy Park franchise with the debut of the Ivy Park TT2000 basketball shoe, which is available in two colorways, along with other models featuring modern textures, exclusive prints, graphic modular accents and vibrant colorways.

Accessories include fully convertible backpacks, bags and hats in bright colors and statement patterns with utilitarian details such as carabiners and fastenings that channel the outdoors. Key pieces include a reversible camo bucket hat and a convertible camo backpack.

The kids’ line mimics that of the adult collection and includes sportswear, outerwear and accessories.

The cast was shot in environments both natural and unnatural in images inspired by hip-hop ‘90s culture.

The collection will be available in Adidas stores and online beginning Feb. 9 and in select retailers globally on Feb. 10.

The announcement of the collection comes as Beyoncé kicked off her Renaissance tour with a concert at the opening of the Atlantis The Royal hotel in Dubai on Saturday night. The concert, for which she was paid a reported $24 million, is the first full-length concert she has performed in five years. On Sunday, a fashion show there introduced the latest Ivy Park drop.