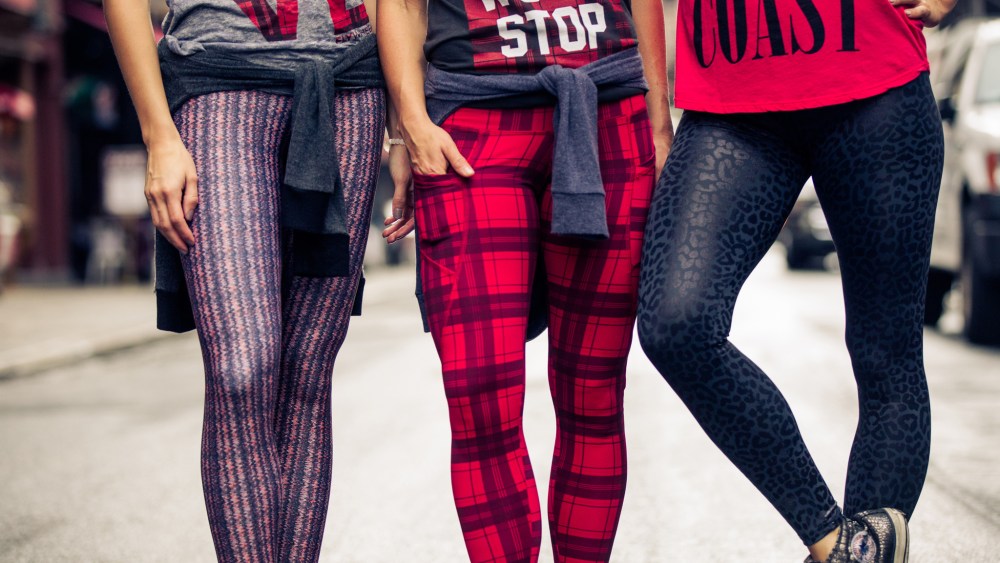 Boutique fitness is the fastest-growing market for fitness consumers — and apparel is a key element in that growth.

This is a $22 billion market and the large gyms are trying to accommodate this shift in consumer demand, but it’s difficult for the big-box format to replicate the specialized classes. One reason that apparel might be so important to these businesses is that most of the customers are women, and they are willing to spend a lot of money: Boutique fitness customers are 26 percent more likely to be women and they are willing to spend 51 percent more on memberships and classes, said the Kurt Salmon findings. And it doesn’t seem to matter that small gyms might be more expensive or charge for individual classes; for many fitness buffs, smaller is better.

At a recent WWD conference, Gabrielle Cohen, senior vice president of public relations and brand strategy at SoulCycle, said the hip gym’s retail started as a marketing experiment. Early on, the founders had $2,000 in a marketing budget and they could either spend it on a magazine ad or T-shirts.

“What they did was create a T-shirt that would serve as a marketing tool. People really grabbed on to wearing a SoulCycle T-shirt outside because they wanted to reconnect to the experience they had in the room,” Cohen stated.

The company said in its initial public offering filing that apparel is “a significant source of revenue.” When asked about extending the retail brand beyond the studios, Cohen said, “I think there’s always the possibility for that and it is certainly a huge growth area for us.”
“The business is on fire,” said Ed Kinnaly, chief executive officer of Flywheel. “We’re seeing sequential month-over-month increases and the business is up 76 percent over last year.”

Kinnaly stressed that the company is hitting those numbers without an e-commerce site, which it expects to launch in the first quarter. “I expect it to become a significant part of the business,” added Kinnaly.

Natalie Gould, vice president of retail for Flywheel, pointed out that clients sometimes attend two classes a day. “They spend a lot of time here and they want to look fashionable.” Flywheel also hosts events launching collections timed near fashion week. The company has 34 locations, with 20 new stores coming in 2016 and plans to expand its retail classifications.

It’s not just about add-on revenue from selling a few workout shirts. The apparel — as well as accessories — all becomes part of building the fitness centers into lifestyle brands, say executives.

Orangetheory Fitness studios opened in 2010 and already has 300 locations — a number expected to double by the end of next year. Ceo and cofounder Dave Long said there’s a big appetite for apparel. The company has three versions of merchandise displayed in the studios that all have a consistent look. While the apparel only counts for 2 to 5 percent of the revenue, Long believes it is essential for the lifestyle brand. Next year, there are plans for customized performance apparel.

Equinox stocks high-end Swell water bottles and collaborates with designers like Mara Hoffman and Rhone sports apparel. They view the boutique as a way to extend into the customer’s lifestyle.

Peloton ceo John Foley concurred on the importance of its gear. “Apparel is a meaningful part of the business. It’s a lifestyle,” said Foley. The company has raised more than $44 million and is opening eight stores this year. Peloton’s gear is intended specifically for the studio rider, with women’s tanks designed with the sports bra in mind and bottoms with the thought that riders are bent way over and want to keep their backs covered.

While some studios offer unlimited classes with memberships, some only offer à la carte classes, making costs skyrocket. However, that hasn’t kept the consumers from spending even more money on the clothes. Cohen of SoulCycle summed it up well when asked about customers buying the clothes: “You’re part of something that feels good — that you want to share with people, and so not only does it connect with the experience you had on the bike, but it really is a way of saying ‘I do something that’s good for me.’”