The lingerie brand, which has opened its third boutique in New York's trendy NoLIta, has plans for an additional 10 stores across the U.S. by 2015. 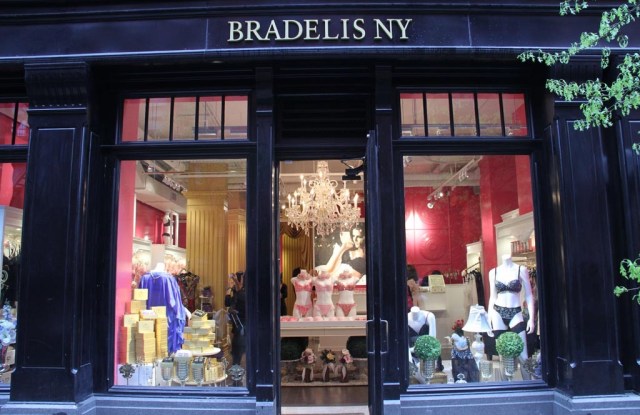 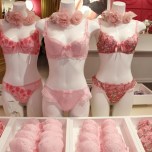 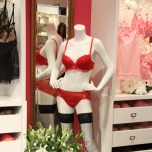 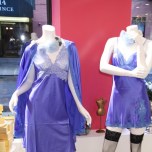 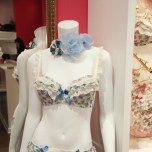 Bradelis New York has expanded its retail presence with a third boutique in the heart of trendy NoLIta.

The ambience of the 1,000-square-foot store at 211 Elizabeth Street, which is decked out in French Victorian decor in a palette of black, gold and fuchsia, reflects the feminine, playful look of a select number of lingerie brands that include the proprietary Bradelis label as well as Maison Close, Mary Green, La Fee Verte and Nu Bra, and at-homewear items by Cosabella. The shop also stocks hosiery by Spanx.

“We wanted to create a space that was very feminine and that feels luxe without being over-the-top or too girly,” said Lana Sanders, marketing director. “We were very lucky to find a beautiful space in a landmark area of NoLIta. The neighborhood ambience, bustling retail district, and mix of local and in-the-know tourist traffic made perfect sense for our brand positioning.”

Sanders said plans are to open an additional 10 stores across the U.S. by 2015. A fourth unit is slated to open in Los Angeles in August.

The lingerie retailer, which operates a store on Madison Avenue and another shop at the Sheraton LaGuardia East Hotel in Flushing, Queens, was founded by Akiyo Hirakubo, who as a Japanese student studying abroad in the U.S. experienced her very first bra fitting.

“The revelation and excitement she felt in discovering her true bra size, and the realization of the need for fashionable yet functional lingerie, ultimately led her to open her own lingerie business,” explained Sanders.

The main attraction for customers is the Bradelis bra brand, which features silk-lined bras specializing in a three-step sizing system that redefines and enhances the silhouette through contour and lift. The goal of the Bradelis brand is to achieve the ideal bustline or, as she describes it, “The Golden Triangle.”

Regarding the Bradelis New York customer, Sanders said, “She’s a fashionable and discerning woman. Fit, function and quality are as important to her as fashion and detail. The experience is also important to her, which is why we place such a heavy focus on our fit technique, consultations and really getting to know our customers.”

Sanders described the bra fitting process this way: “Step one sculpts, while step two contours and creates volume. Step three achieves décolleté. Each customer works with a fit specialist to determine the correct step based on physique, which includes breast volume, excess tissue, lower-set versus higher-set breast, lifestyle and preferred silhouette. This is why the fit consultation is so essential. Matching a customer with the correct bra in terms of construction, support and style helps to redefine the silhouette with continued wear. Imagine changing your breastline with very little effort. Of course women’s figures and bras change, so Bradelis offers complimentary on-the-spot alteration throughout the life of the garment.”

So far, best-selling items by Bradelis include the Rosemary Bra, which retails for $128, and coordinating Tanga undies for $46, and the Prima Mold Bra and panties for $68 and $29, respectively.