Brands Hedge Their Bets on China

The Made in China label is starting to lose its luster for many innerwear firms. 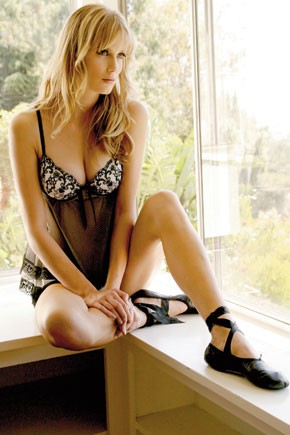 The Made in China label is starting to lose its luster for many innerwear firms.

The manufacturing and sourcing process has evolved since the early Nineties, when U.S. companies began in earnest to move production offshore to Mexico, Central America, the Caribbean, Canada and China, where many U.S. brands secured lucrative partnerships with contractors and factories.

China was considered the land of opportunity because of cheap labor, skilled workers, quality goods and the ability to accommodate shorter lead times required by major retailers who want to capitalize as soon as possible on key items and directional trends.

However, the tide appears to be shifting as China’s emerging market and consumer base becomes more sophisticated, affluent and fashion savvy. In addition, the price for manufacturing in China, as well as the cost of shipping, is about 10 percent higher than a year ago, with higher expenses expected next year, innerwear executives said. A cutback on export rebate programs, compliance issues — such as providing a safe, clean and comfortable work environment — and a workforce affected by China’s zero-population growth rate also have had an impact on costs.

Compounding the challenge for manufacturers, even large companies with huge volume capacity and the financial muscle to conduct price negotiations that boost profit, is a reluctance to produce specialty products such as bras, daywear, sleepwear, robes and at-homewear that have upscale lace trims, insets, embroideries, appliqués and beading.

Although these factors might influence future imports, China is by far the largest innerwear producer, with a 30.7 percent share of the import market. Imports of Chinese-made underwear, bras, dressing gowns and nightwear shot up 64.1 percent for the year ended Sept. 30 to 1.6 billion square meter equivalents, valued at $2.3 billion.

But companies are looking to broaden their scope of cost-efficient design and merchandising options for quality goods with specialty touches in other countries, including India, Cambodia, Vietnam, Sri Lanka, the Philippines and the Dominican Republic.

Josie Natori, chairman and chief executive officer of Natori Co., said she began moving some production away from China a year ago.

“Clearly, China still is the most dominant source for manufacturing, but the factories have become more spoiled with the demand and are less flexible in terms of minimums and lead times,” she said. “Costs have risen, as well. We still are able to work with certain companies that have partnerships with European design houses to develop special laces and embellishments, such as Forstner Rohner. But handwork is getting harder and more expensive to get in China, and hand-beading is less expensive in India, where we have started to do some work for the Cruz and Natori brands.”

Natori added that the 30-year-old company continues to get “our more special embroideries and beadings from the Philippines.”

Jeffrey Mirvis, ceo of Gardena, Calif.-based MGT Industries, a supplier of branded and private label innerwear, said this is the first time in 20 years of conducting business in China that he is dealing with “inflationary garments.”

“It’s like a sea change,” Mirvis said. “The inflation in China and the weakening of U.S. currency is definitely having an effect. China is no longer a cheap place to manufacture and the U.S. currency has devalued 10 percent against the Chinese currency.” He added that wages in China have been inflated and that “there are not as many workers in southern China.”

The situation is “forcing us to move more production to Cambodia and Vietnam,” he said. “Their currency floats with the U.S. dollar and it’s much more stable. We manufacture for Wal-Mart and national chain stores. Less and less [retailers] can afford to go to China.”

Bob Nolan, president of Jockey International’s wholesale and licensing businesses in North America, said, “The compliance issues come into play for air-conditioning and toilet facilities, and that forces wages up. There’s a shortage of workers because of the one-child [a family] policy. Now, most of the workers come out of western China and they live in dorms. And there’s a drop in the export-rebate program. The Chinese government has carved it back almost in half.

“We still have a good amount of manufacturing in Central America, but I think [manufacturers] need to leverage out and go into other areas,” he said. “That’s why we moved some production to Cambodia and Vietnam. The folks we do business with in China know what’s going on. So they are building factories in Thailand and Cambodia.”

Peter Gabbe, chief operating officer of The Carole Hochman Design Group, said the company manufactures in Mainland China. But, “in managing our sourcing, we are constantly monitoring shifts in the geopolitical environment. Prices are rising as expected. However, the strength of your relationship and volume certainly play a part in the pricing negotiations. The Chinese economy continues to grow and continues to seek higher exchange value in manufacturing.”

Guido Campello, vice president of branding and innovation for Miami-based Cosabella, which makes everything in Italy and has “always refused” to produce in Asia, said the problem requires an understanding of China’s internal issues.

“It is not the Asian producers who are spoiled, but the foreign manufacturers producing in Asia who are spoiled,” Campello said. “As their economy has developed, the middle class has grown, wages and benefits have quickly increased and work hours have quickly shortened. This means that margins grow smaller, and the first thing to go in production is luxury, trims and embellishments. Asian producers can no longer produce with embellishments and keep low as the market demands.”

Gregory L. Gimble, vice president of Puerto Rico-based Va Bien, said, “Contrary to popular opinion, loyalty does exist in China. We have a great agent that we’ve worked with for several years who has consistently looked out for our interests. As far as the Chinese getting reluctant to specialize garments, that’s a matter of economics. As their manufacturing market gets more saturated, they’re going to look for work that requires the least amount of time that they can sell for the highest possible price.

“The operative word in China is, has been and, for the foreseeable future, will be, margin. They have gained leverage and as such their recent pickiness should come as no surprise,” said Gimble, whose family-owned shapewear company manufactures components in China and sources sewing to the Dominican Republic.