Carbon38 Steps Outside the Gym With a Boost in RTW

The online purveyor of fashion-forward activewear brands is taking its DNA and applying it to ready-to-wear. 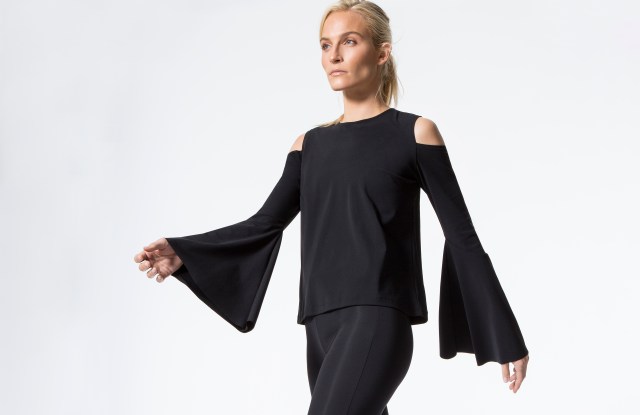 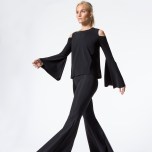 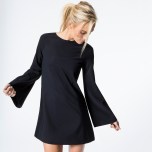 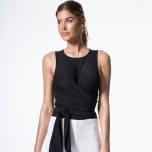 Carbon38 has dipped a toe in its own branded line of activewear but the next step in its evolution calls for ready-to-wear pieces that its customers can wear beyond the gym.

The company has experimented with rtw in the past, inserting a lace dress or culotte here and there within its in-house releases, but its newest offering is its fullest collection to date. The line builds on the company’s January partnering with Jonathan Simkhai in its first collaboration with a designer in a bid to push the boundaries of what activewear looks like and what day parts it can be applied to, founder Katie Warner Johnson said. That came in the form of peplum dresses and red leggings, for example.

“It speaks to the narrative of this woman and how she’s getting dressed,” Warner Johnson said.

To be sure, the company isn’t forgetting its roots in activewear, along with the many brands it carries, such as Alo Yoga, Spiritual Gangster, Free People, Ivy Park, Michi and Norma Kamali.

“I think we don’t give Spandex itself enough credit in that it is a super human product,” said Warner Johnson. “[Rtw] feels like the right jump to make because it’s what our customers are asking for.”

That Carbon38 DNA rooted in Spandex is now being applied to fashionable silhouettes such as wide leg and high-waisted pants, bell sleeve tops, a shirt with elbow cutout detailing, dresses and a hoodie jacket, all of which draw inspiration from the Sixties and Seventies.

Apparel will continue to be a focus for the company in the near term as it also tests other categories. Among the more recent of these pilots was footwear, skin care and wellness, speaking to what the company ultimately hopes to grow up to be for its customers.

“We want to be a one-stop shop for her lifestyle and right now we started in active because that’s really the most important part of her day, so this will be a really interesting collection and I think it’s a pivotal shift,” Warner Johnson said of the rtw.

Elsewhere, Carbon38 in November opened a pop-up on Robertson Boulevard in Los Angeles, which Warner Johnson called a success. The store followed a Hamptons temporary shop the company had in the summer, with Carbon38 using both experiences as yet another way to study its customer base.