The collection, which aims to offer an alternative to the ultra-sexy lines in the market today, will launch on Net-a-porter.com in mid-July. 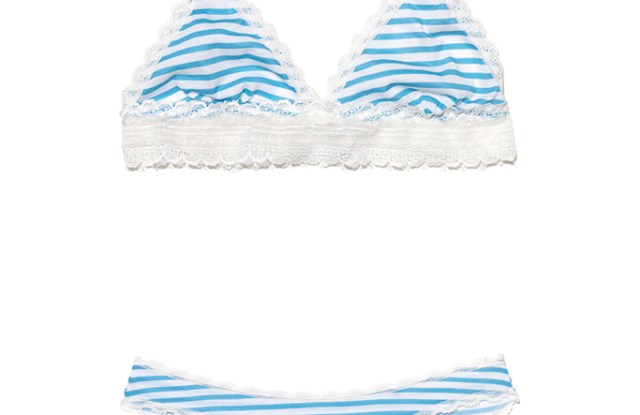 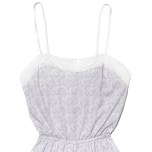 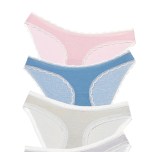 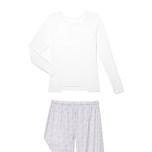 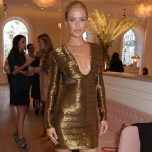 LONDON — Model Carolyn Murphy was growing weary of the va-va-voom lingerie that she sees as dominating the market — and that was finding its way into her teenage daughter’s wardrobe — so she decided to create a line of her own.

With her 10-piece line, Murphy said that she wanted to provide a “different message” to the ultraglam, supersexy lingerie that she sees as monopolizing lingerie trends.

“Lingerie is something that should be feminine and delicate — I think it’s gone so sexual,” said Murphy, over a sparkling water at London’s Connaught Hotel this month, before hosting a dinner ahead of the label’s launch. “As a woman, I don’t want to be projected in that way.”

Murphy and Cheek Frills co-founder Katie Canvin decided to design the collection after they met when they were both in the Hamptons last year. The collection grew out of Murphy complaining that she couldn’t find lingerie that was appropriate for her 14-year-old daughter, Dylan, to wear.

The two then hatched a plan, together with Cheek Frills’ other co-founder Lily Fortescue, to design a collection, with Murphy working in a palette of muted pinks, blues and grays, to give the collection a “vintage feel,” Murphy said. “I was inspired by David Hamilton’s photographs and his book ‘Sisters,’ and had kind of dreamed of having that tiny strap along a negligee that we’ve done — everything’s quite delicate.”

Designs include lace-edged tap pants with a matching camisole top; a triangle bra and pants in turquoise and white Breton stripes and a gray, lace-edged teddy in a delicate dandelion pattern.

Murphy, who also acts as women’s design director for Shinola, said the resurgence in Nineties fashion — the same decade in which she made her name as a model — served as creative inspiration for the low-key designs. “That’s all we wore, slip dresses. I remember seeing Kate Moss in a pair of Adidas sneakers and a slip dress [at the time], and I was like, ‘Why didn’t I think of that?’” Maybe [Nineties fashion] is actually timeless, and we never thought of it in that way.”

The line is priced from 35 to 95 pounds, or $55 to $150. It’s set to launch exclusively online on Net-a-porter.com in mid-July, and will be sold in stores including Selfrigdes in London, Brown Thomas in Dublin, Le Bon Marché in Paris and La Rinascente in Milan. After that, the collection will launch in the U.S. for next spring.