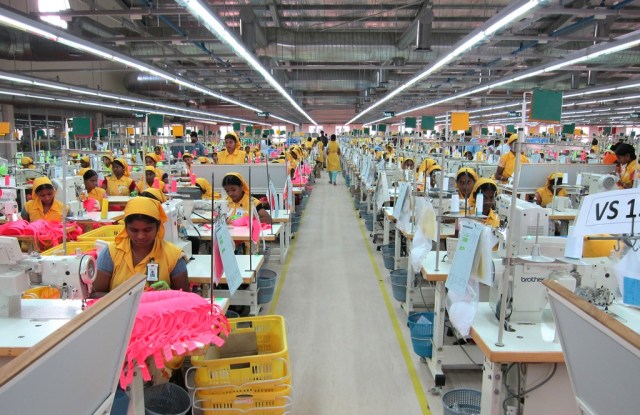 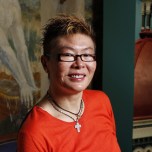 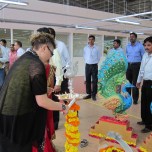 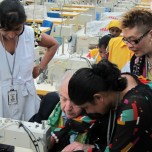 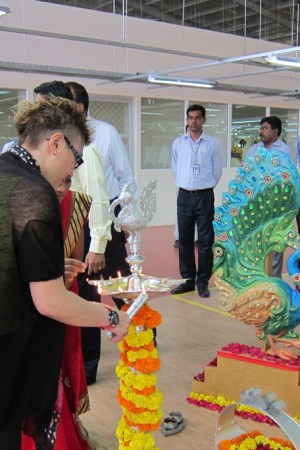 An inside look at the factory in India. 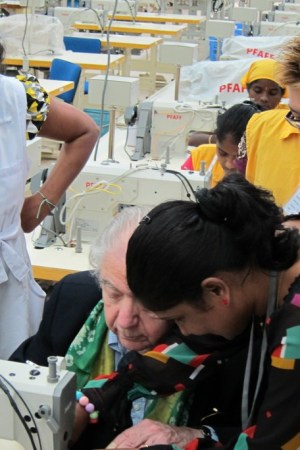 An inside look at the factory in India.

Clover Industries International is probably the best-kept secret in the intimate apparel industry.

The Hong Kong-based bra specialist has stayed under the radar for the past 55 years, but don’t let that fool you. Clover, which generates estimated annual wholesale sales in excess of $500 million, maintains a work force of 10,000 and produces more than 3.5 million bras a month at company-owned factories in Mainland China, Cambodia and most recently Visakhapatnam, India, where it opened Seeds Intimate Apparel India Private Ltd. in 2010 with three powerful partners: Limited Brands Inc., Brandot International Ltd. and Brandix Lanka Ltd.

The company was founded by the late Andy Lau and is now headed by his daughter, Angie Lau, chief executive officer, who took the reins of the family-owned Clover in late 2005 and turned it into a major player with top U.S. retailers including Victoria’s Secret, Gap and Lane Bryant.

“We’ve been working with Victoria’s Secret since 1999 and we are now their key launch vendor,” said Lau. “It took a year-and-a-half to build the facilities in India.…Back then, Les Wexner was saying that for risk mitigation purposes in China he wanted a partner for India. The reason he wanted to go to India was because of rising labor costs [in China].…I asked for my father’s blessing, saying, ‘Victoria’s Secret wants us to go to India.’ We are very honored to be in this partnership.

“Our factory in China is called Seeds, a very meaningful word in China which represents growth. I asked Les if we could use the name for the factory in India. He liked the idea.”

The India operation, which is modeled as a village community with a school for workers’ children, is managed by Sri Lankan partners and produces 200,000 bras a month. Through advanced technology such as RFID, or radio-frequency identification chips, to monitor efficiency output, lead times for deliveries are being cut to “a little over a month,” compared with traditional 60-to-90 day lead times for new product shipments. Lau said ERP software — enterprise resource planning that integrates internal and external management information across an entire organization — will be introduced by 2012.

The Victoria’s Secret program in India is in its 18th week of deliveries, she said.

But technology is only a part of the formula for a smooth operation in a region that Lau described as “remote” and steeped in culture and tradition.

“We learned to recruit from village to village and not to just count on one village, because you can’t afford to have your workers disappear all of a sudden. There’s this one village that had a wedding, and none of the women showed up for work because they stayed home to cook the food for the wedding,” said Lau.

She said that while business is the top priority, the partnership in India serves as a platform for corporate citizenship.

“Now, women can work and make money making bras. Before, they lived in thatched huts and they now are living in brick houses. It doesn’t change the caste system in India, but it makes the women self sufficient,” she explained.

Lau, a former advertising and marketing executive, can relate to women’s issues in the workplace based on her personal experience.

“It was tough, because Chinese people are more reserved than Westerners and they like to give good news, not bad news…It’s not uncommon for a woman to run a company in China, but it is not common for a woman to head garment and lingerie companies, especially very traditional Chinese companies that would prefer to have a man run a company,” said Lau. “It was a tough decision for my dad in choosing a woman…but I had a lot of help and support from our Western customers.”

Her business model remains the same as her father’s: “One voice, one department, one goal and passing on the business to the third generation of nephews and nieces.”

Looking back, Lau remembered, “At the beginning, I didn’t even know the brands or how the garments were made….It was very tough and it was a huge learning curve….Aside from the staff who knew my dad, I didn’t know anyone. It was very complicated and it took a year but I knew I had to change the mind-set of people and give the company a facelift, a new strategy. So, in early 2006, I wanted people to know about the change and threw a big party, a Chinese New Year dinner for our customers…I also initiated management meetings every six weeks because we had factories in Cambodia and Thailand and I wanted to see and hear what was going on. I ended up with one department instead of 20.”

Lau said she closed the Thailand plant in 2007 after a 25-year presence due to “union issues.” She noted, though, that Cambodia is the coveted country for starting up factories.

“We kept Cambodia because there’s always a need for risk management that we couldn’t have in China. It’s also a hot spot for setting up factories because its duty-free to Canada and now also for Europe,” said Lau.

Regarding business in Mainland China, Lau said holding on to good workers is increasingly difficult.

“Chinese people don’t want to work in factories anymore. They would rather be a salesperson standing in a store for eight hours because they think it’s glamorous.…People say ‘why don’t you relocate to Northern China?’ Well, it takes a long time to build a bra manufacturing facility. It’s not as simple as making sportswear or ready-to-wear garments. And people don’t want to leave their hometowns because they have opportunities of becoming entrepreneurs on their home turf….The retail, hotel and restaurant business is booming everywhere.”

Lau further noted that costs for worker incentives has risen dramatically while demand from clients is “very demanding.”

“That’s why Cambodia is our star of the future. But if you compare the quality and workmanship to China, China is still much better,” she said.

As for the record numbers of factory closings in China, Lau said the main problem is keeping workers happy.

“A lot of factories are closing up because they are not giving workers government-required minimum wage and hours, and they’re being overworked. At the same time, if you don’t pay them overtime, they leave. There’s also an issue of paid labor medical coverage. Factories have to set up a lot of things to improve the quality of life with incentive packages that include Wi-Fi and other perks,” Lau explained.

Addressing how Clover is dealing with raw materials costs, Lau said sourcing for less costly alternatives is a key strategy.

“You need to find a replacement. Many of my customers understand the situation and they are working with us by providing a lot of options. I’m trying to build another factory in Cambodia. That’s the fastest way to fix the inflation in China.”